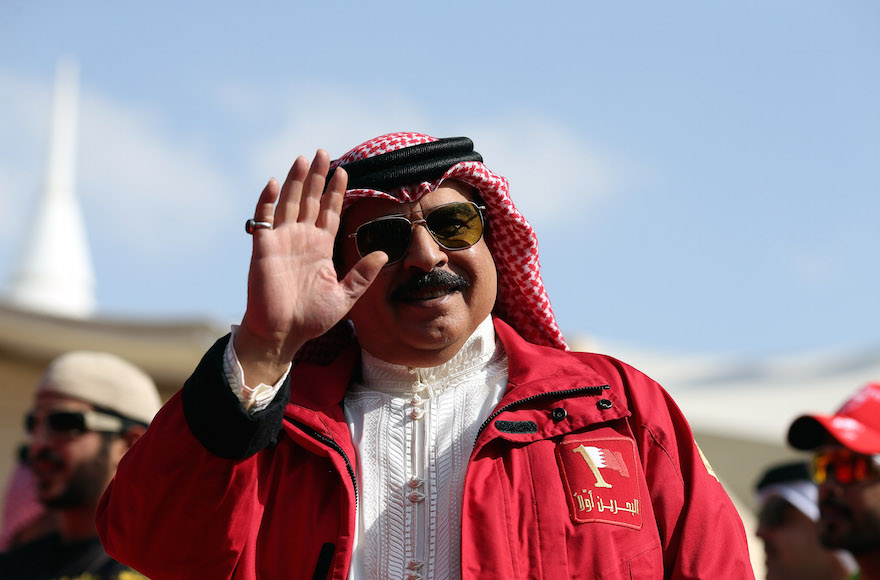 (JTA) — Members of a New York synagogue will visit the Arab country of Bahrain at the invitation of its monarch.

The Hampton Synagogue on Long Island will stop in the Middle Eastern land on the way to a congregational mission to Israel early next year, its rabbi, Marc Schneier, announced during High Holidays services.

The Westhampton Beach synagogue will become the first Jewish congregation to visit an Arab country in the Persian Gulf, the congregation’s president, Carol Levin, said in a statement.

Levin said the visit comes at the invitation of King Hamad bin Isa Al Khalifa and the royal family of Bahrain. Schneier has had a long relationship with the king, and in 2011 was the first rabbi to be hosted at the Royal Palace in Manama. The Kingdom of Bahrain supports the rabbi’s Foundation for Ethnic Understanding.

Bahrain is an island nation located off the coast of Saudi Arabia. It is home to a small Jewish community.

The government of Bahrain, which has longstanding ties with the American Jewish community, reportedly has indicated that it is open to ties with Israel. The king was quoted in recent days by Simon Wiesenthal Center officials as telling them during their visit to the kingdom in February that he no longer sees a need for the Arab League boycott of Israel.