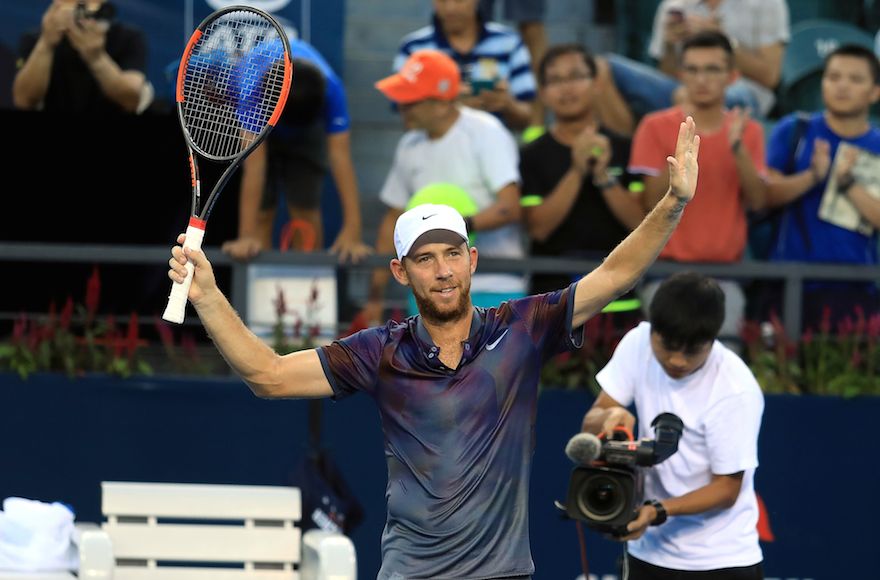 (JTA) — The World Series is weeks away, but an Israeli tennis pro has conjured memories of Sandy Koufax.

Dudi Sela, his nation’s top-ranked male player, quit his quarterfinals match Friday in the third set of a Chinese tournament so he could begin observing Yom Kippur by the time the sun set.

Sela, ranked 77th in the world, was tied at a set apiece with Alexander Dolgopolov of Ukraine at the Shenzhen Open when he realized the match would likely not finish by the start of the holiday.

The sports website Vavel reported that tournament organizers refused Sela’s request to have the match played earlier in the day. The failure to advance cost the 32-year-old veteran a possible $34,000 in prize money.

Meanwhile, in American college football, the long snapper for the University of Nebraska will take the field but fast when the Cornhuskers host the University of Illinois on Friday night, the start of Yom Kippur.

A colorful Chicago Tribune profile published Thursday details Jordan Ober’s Jewish rituals, such as reciting the Shema prayer before each snap for a field goal or punt. His towel bears the Hebrew phrase “Hineni,” meaning “Here I am.”