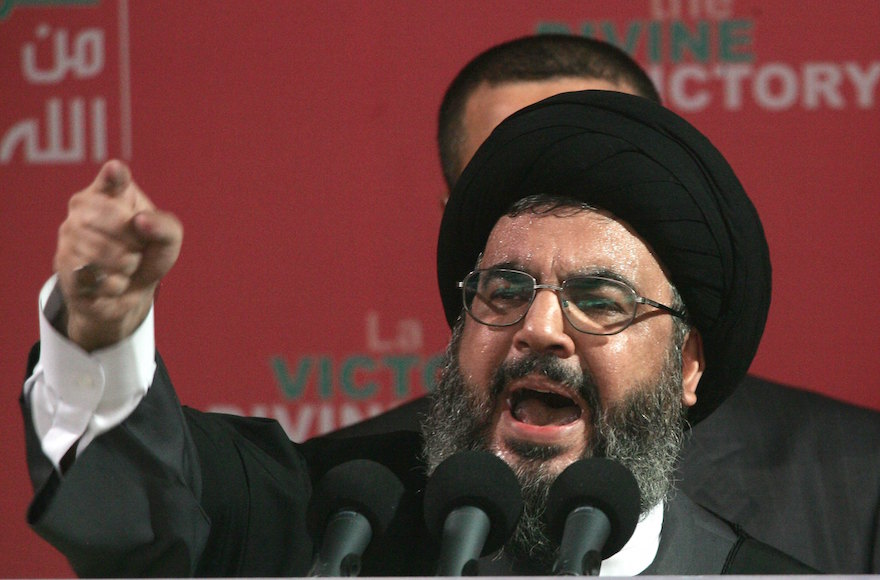 (JTA) — Hezbollah leader Hassan Nasrallah called on Jews in Israel to “return to the countries from which they came” before his terror organization fights a war with Israel.

In his speech Sunday on the Shiite Muslim commemoration of Ashura, which marks the killing of the Prophet Muhammad’s grandson, Nasrallah called on Jews who immigrated to Israel to “leave and return to the countries from which they came so they are not fuel for any war waged by your foolish government.”

He said the Jews of Israel “will have no secure place in occupied Palestine.”

Nasrallah also said the Israeli government did not have “a correct assessment of where this war will lead if they ignite it. They do not have a correct picture about what is awaiting them if they go to the idiocy of this war.”

He accused Israel of threats against Lebanon and “continued aggression in Syria under the banner of preventing the resistance from obtaining military capabilities.”

Israel in the last five years reportedly has hit with air strikes at least 100 Hezbollah targets, believed to be arms convoys headed to the group in Lebanon or weapons depots in Syria.