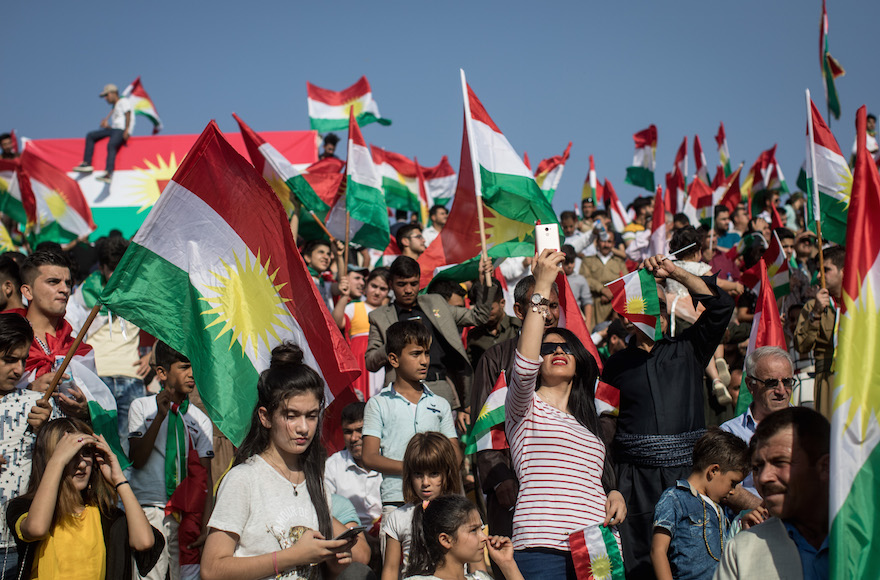 He made the remarks on Sunday morning at the start of the weekly Cabinet meeting, hours after Turkish President Recep Tayyip Erdoğan accused Israel’s Mossad of interfering in the vote. Erdogan last week also threatened to halt steps being taken toward normalization with Israel if it does not end its support for an independent Kurdish state.

“I understand why those who support Hamas and want to see the Mossad everywhere that is uncomfortable for them, but Israel had no part in the Kurdish referendum, apart from the deep, natural sympathy that the people of Israel have had for many years for the Kurdish people and their aspirations,” Netanyahu said.

Netanyahu was the only leader in the region to endorse the referendum.

Erdogan said Saturday during a speech in eastern Turkey that the fact Israeli flags were waved during events celebrating the overwhelming “yes” vote last week by millions of Turkish voters proves Israel’s involvement. “This shows one thing, that this administration [the Kurdish leadership in northern Iraq] has a history with Mossad, they are hand-in-hand together,” AFP quoted Erdogan as saying.

The ballot question read: “Do you want the Kurdistan Region and Kurdistani areas outside the Region to become an independent country?”

Turkey and Iran, which share their borders with Iraq, also have sizable Kurdish populations, many living in those border areas.

Erdogan said Turkey would initiate political, economic, commercial and security steps against the Kurdistan Regional Government in response to the referendum. Iraq has threatened a military response.