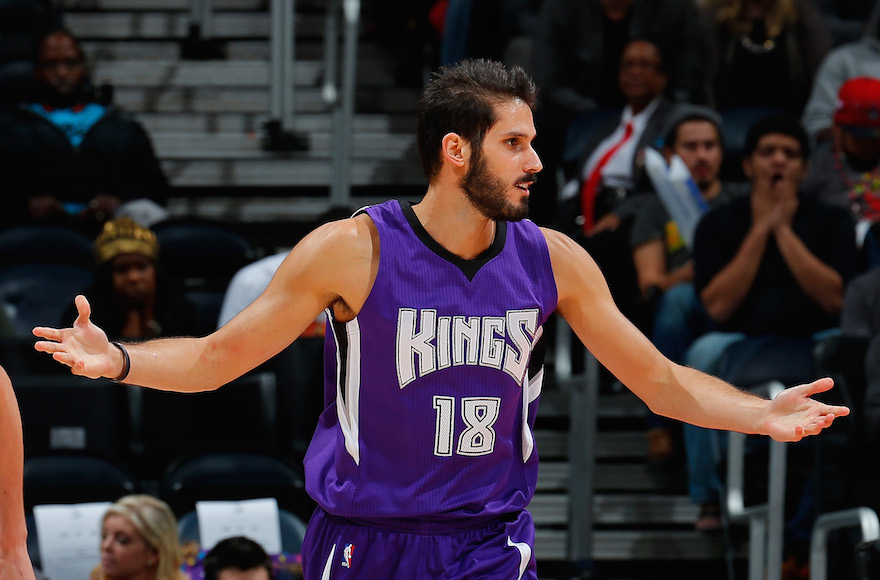 (JTA) — Omri Casspi, the first Israeli to play in the National Basketball Association, missed his preseason opener with the Golden State Warriors because it took place on Yom Kippur.

The Warriors, with whom Casspi signed a one-year deal in July, played faced off Saturday against the Denver Nuggets.

Golden State head coach Steve Kerr said Casspi had his “full support” to sit out the holiest day on the Jewish calendar.

“Whatever each person needs to do, obviously we afford them that right,” Kerr said. “It’s an important holiday for people of the Jewish faith. Obviously, Omri has our full support, and we’ll see him tomorrow.”

Casspi will make his debut with the championship team next week when the Warriors play two exhibition games against the Minnesota Timberwolves in China. The team left for China Sunday morning.

Casspi also missed media day in 2009 with Sacramento Kings in his first year in the NBA due to Yom Kippur.