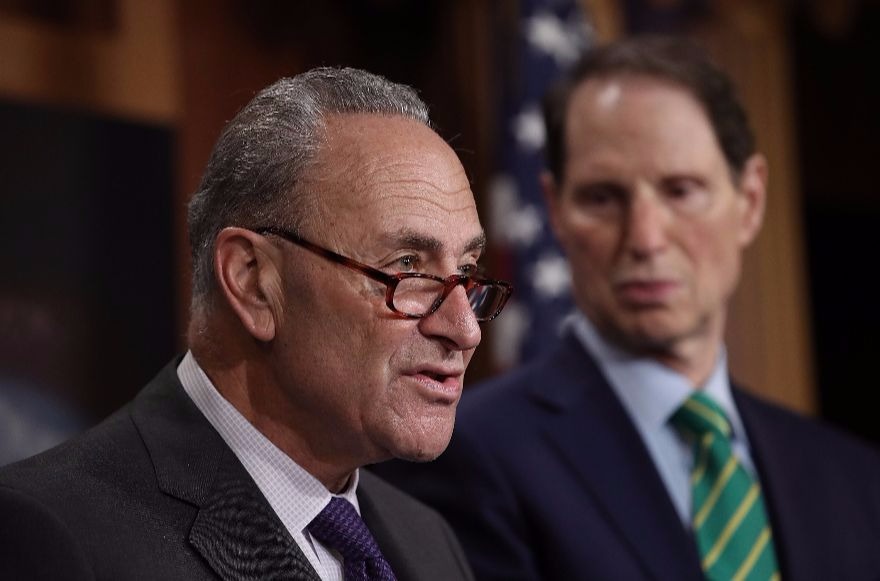 NEW YORK (JTA) — Senate Minority Leader Charles Schumer exhorted the State Department not to send back to Iraq a trove of artifacts that belonged to its now exiled Jewish community.

In a letter shared with JTA, the New York Democrat on Tuesday urged Secretary of State Rex Tillerson to work with Jewish groups and the Iraqi Jewish community in the United States and abroad to find a place for the Iraqi Jewish Archive.

“These items belong to the people who were forced to leave them behind when the Iraqi government chose to exile them from their homes. Since the exile of Jews from Iraq virtually no Jewish life remains in the country – this treasured collection belongs to the Jewish community and should be made available to them,” the Jewish lawmaker said in the letter.

Last month, the State Department told JTA that the archive will be returned to Iraq in September 2018, according to an agreement reached with the Iraqi government.

“Maintaining the archive outside of Iraq is possible,” State Department spokesman Pablo Rodriguez told JTA, “but would require a new agreement between the Government of Iraq and a temporary host institution or government.”

Discovered in the flooded basement of the Iraqi secret service headquarters by U.S. troops in 2003, the items, many of which were looted, include religious materials, books, personal documents and photographs. The U.S. government spent over $3 million to restore and digitalize the archive — which include a Hebrew Bible with commentaries from 1568, a Babylonian Talmud from 1793 and an 1815 version of the Jewish musical text Zohar — and it has been exhibited around the country. 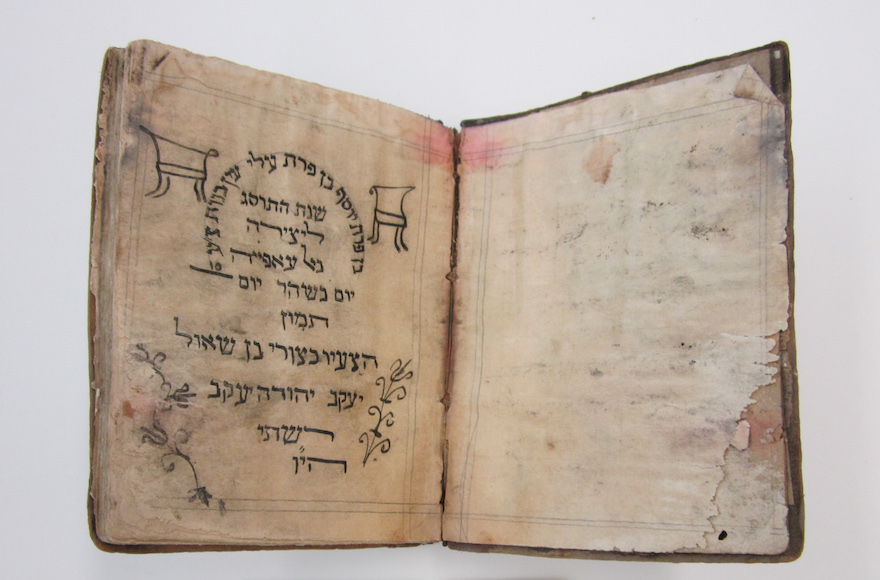 This Passover Haggadah from 1902, one of very few Hebrew manuscripts recovered from Saddam Hussein’s intelligence headquarters, was hand-lettered and decorated by an Iraqi youth. (National Archives)

Schumer is among a group of U.S. lawmakers who have joined Jewish groups in lobbying to keep the archive in a location accessible to Iraqi Jews and their descendants, who today live outside Iraq after being driven out amid intense persecution. Iraq and proponents of returning the archive say it can serve as an educational tool for Iraqis about the history of Jews there and that it is part of the country’s patrimony.

“It’s disheartening that parchments of a Torah scroll and prayer books were discovered in such poor condition inside a flooded Baghdad Intelligence Center. After the United States preserved this ancient collection, it makes no sense to return the items to the Iraqi government, where they will no longer be accessible to the Jewish community,” Schumer said Tuesday in a statement released along with the letter.

Earlier this month, Rodriguez said the United States “will urge the Iraqi government to take the proper steps necessary to preserve the archive, and to make it available to members of the public to enjoy.”

Major Jewish groups have remained largely silent on the issue following the announcement of the 2018 return date. The Zionist Organization of America released a statement last month urging the State Department not to send back the archive, and Israeli lawmaker Anat Berko told Prime Minister Benjamin Netanyahu to pressure the U.S. to not send back the artifacts.

The archive is set to be exhibited at the Jewish Museum of Maryland from Oct. 15 to Jan. 15.