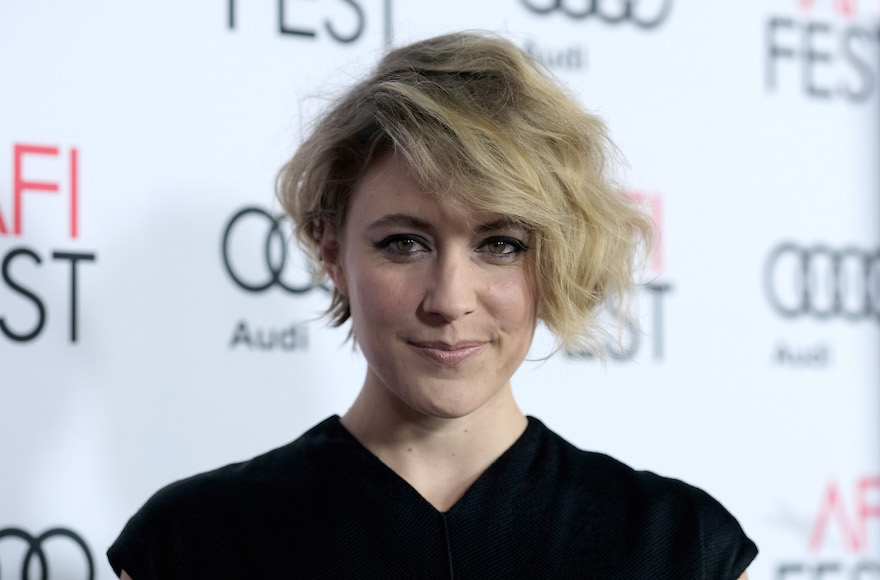 (JTA) — Indie film darling Greta Gerwig may have changed her mind on the issue of Israel boycotts.

In July, she signed a letter along with 60 other artists urging Lincoln Center to cancel performances of “To The End Of The Land,” a play based on a novel of the same name by famed Israeli novelist David Grossman. The signees, who all oppose Israel’s policies towards the Palestinians, took issue with the fact that the play was funded by Israel’s Office of Cultural Affairs in North America.

Last Friday, Gerwig told the New York Post that she was not knowledgeable enough on the issue to have taken a stand on it.

“This past summer, a close friend asked me to lend my name to a letter,” Gerwig said. “I am generally careful about the causes I support, but in this case I was not. I was unfamiliar with the complexities of the letter and I did not take the time to study them.”

She added: “Instead, because the letter had already been signed by many other friends and collaborators I know to be thoughtful and honorable people, I agreed to add my name. While I respect the passion and integrity of others who signed this letter, for me to put my name to something outside of my personal realm of knowledge or experience was a mistake — my mistake — and I am sorry for any confusion or hurt I may have caused.”

Earlier last week, the Post reported — and Gerwig’s representative vigorously denied — that journalists at the recent Toronto and Telluride film festivals had been instructed not to ask Gerwig questions about the Israel letter, possibly because she is gearing up for a lobbying campaign for an Academy Award. Her directorial debut — titled “Ladybird,” and starring Saiorse Ronan — has picked up Oscar buzz this festival season.

The 34-year-old actress has starred in several films directed by Jewish director Noah Baumbach, including “Greenberg” and “Frances Ha.” The pair have also been dating since 2011.