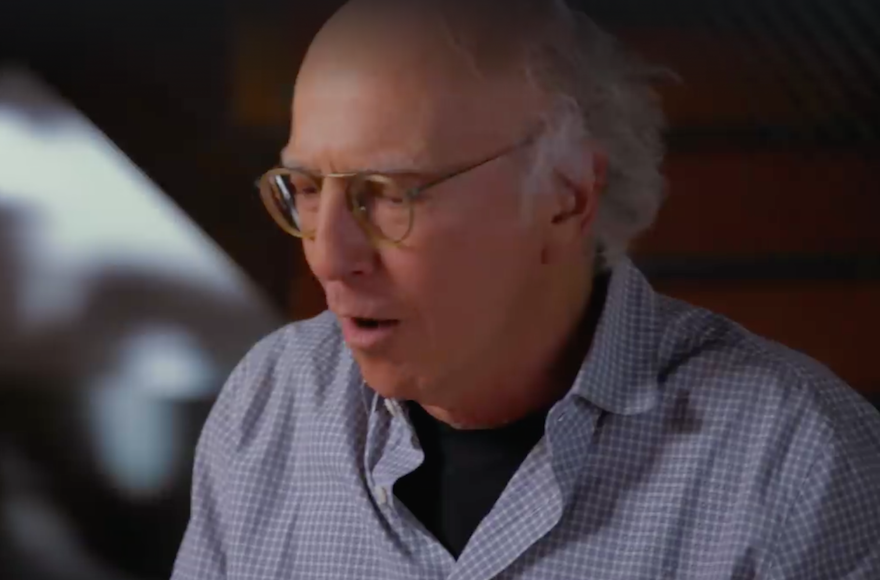 Larry David was quite surprised to find he is related to Bernie Sanders. (Screenshot from PBS)
Advertisement

(JTA) — We knew it was coming. But it was still glorious.

On Tuesday’s season premiere of the PBS series “Finding Your Roots,” Larry David and Bernie Sanders — both Ashkenazi Jews born in New York City — discover they are distantly related cousins.

Even though David leaked the news back in July, it doesn’t detract from the hilarity of watching David and Sanders come to terms with the news.

David, after expressing hope that his about-to-be-revealed cousin is a “good athlete,” shouts “What the hell!”

Sanders, not known to smile or get ruffled too often, throws his hands in the air.

“You’re kidding! Omigod, that is unbelievable,” he exclaims.

The pair’s familial bond was especially surprising, as David had impersonated Sanders on “Saturday Night Live” throughout the presidential campaign last year.

What makes them cousins exactly?

According to host Henry Louis Gates Jr. — he is seen holding up his right hand and declaring, “It’s true!” — they have “long identical stretches” of DNA.

Before the episode aired, PBS gave JTA a sneak preview of Sanders becoming emotional upon learning about a relative who died standing up to the Nazis during World War II. Watch that clip here.