Rabbi traumatized by being handcuffed at gunpoint by Vermont police, his son says 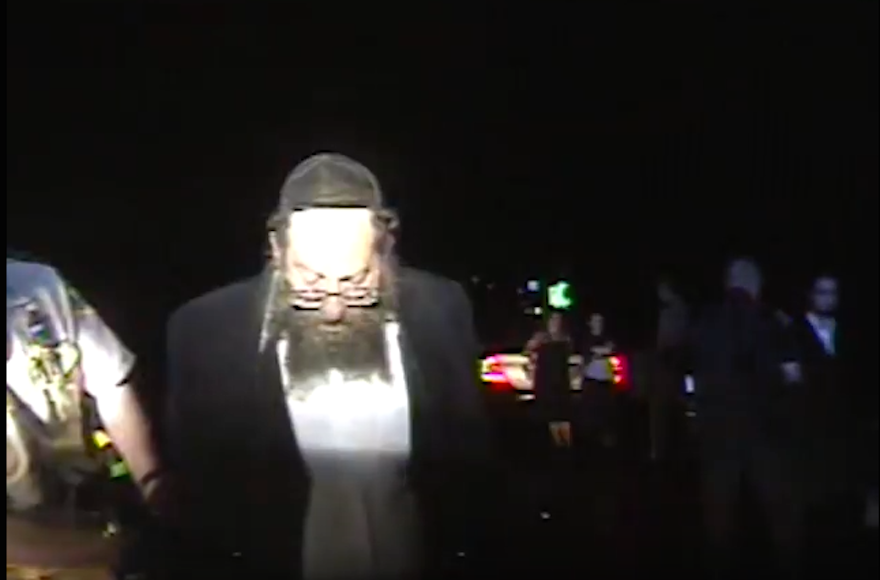 Rabbi Berl Fink being pulled over for speeding in Vermont. (Vermont Police)
Advertisement

(JTA) — A Brooklyn rabbi was left traumatized by an incident in which a Vermont state trooper ordered him at gunpoint to lie down after he failed to pull over his car, his son said.

On Aug. 8, the officer, Justin Thompson, flashed his blue lights, but Rabbi Berl Fink did not pull over for more than 4 miles, according to a statement by the Vermont State Police. The police said Fink had been driving 83 miles per hour in a 65 miles per hour zone and that there were no other cars in the vicinity. Fink said he had been looking for a safe place to stop, according to The Associated Press.

When Fink did pull over, Thompson ordered him at gunpoint to lie on the ground and handcuffed him, his wife and one of his sons, a teenager. Another son, Yehuda, who was not in the car, said Monday that his father was traumatized by the incident and that family members thought they were the targets of a terror attack during the incident, AP reported. The rabbi’s teenage daughter also was in the car.

The police said last month that it found the officer acted according to protocol and there was no evidence of bias or profiling.

“Although we now know that this was not a dangerous situation, Trooper Thompson could not have known that during the time the vehicle failed to stop, as he followed it for several miles on the interstates or at the time of the stop,” the police statement read.

New York State Assemblyman Dov Hikind of Brooklyn criticized the police findings, saying the incident was not an issue of bias but of inappropriate behavior by the officer.

“I object to these findings which exonerate this state trooper on the grounds that this was not a bias issue. Where was the sensitivity? The professionalism?”  Hikind wrote on Facebook. “Once this family was stopped, the trooper clearly saw what we all see — a frightened family who did not understand why they were being arrested.”