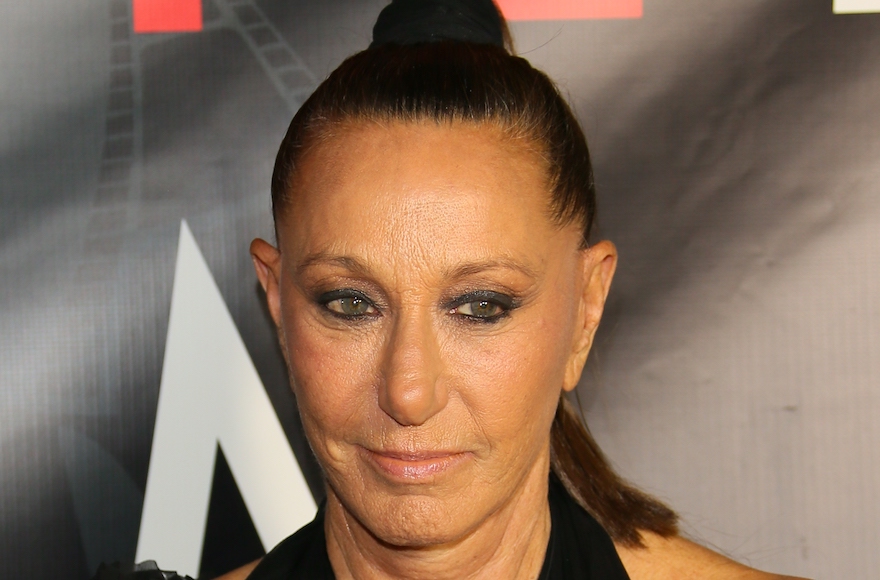 (JTA) — Fashion designer Donna Karan said comments defending Hollywood mogul Harvey Weinstein, suggesting that women who dress provocatively are “asking for it,” do not represent how she feels about the situation.

Meanwhile, other female celebrity friends of Weinstein, Meryl Streep and Judi Dench, condemned the film producer over a series of recent sexual harassment allegations against him.

The board of the Weinstein Company fired Weinstein, its co-founder, on Sunday after saying it learned of new information about his behavior. Weinstein was already on a leave of absence after The New York Times published a report last week detailing his alleged harassment of a number of women, including actresses Ashley Judd and Rose McGowan.

But in a red carpet interview Sunday with the Daily Mail at the CinéFashion film awards in Los Angeles, Karan said women should consider what message they are sending with their wardrobe choices.

“I think we have to look at our world and what we want to say and how we want to say it,” she said. “It’s not Harvey Weinstein. You look at everything all over the world today, you know how women are dressing, and what they are asking, by just presenting themselves they way they do. What are they asking for? Trouble.”

Karan, who founded the women’s fashion powerhouse DKNY, is one of the first people to publicly defend Weinstein since the allegations were reported.

McGowan responded to Karan’s comments by calling her “scum in a fancy dress.” Other actresses, including Mia Farrow and Sarag Wynter, also spoke out against Karan’s remarks.

Karan said Monday night that her words were taken out of context.

“I have spent my life championing women,” she said. “My life has been dedicated to dressing and addressing the needs of women, empowering them and promoting equal rights. My statements were taken out of context and do not represent how I feel about the current situation concerning Harvey Weinstein.

“I believe that sexual harassment is NOT acceptable and this is an issue that MUST be addressed once and for all regardless of the individual. I am truly sorry to anyone that I offended and everyone that has ever been a victim.”

In response to the allegations, Weinstein has apologized and said he plans to get help, but he has also threatened to sue The Times for defamation.