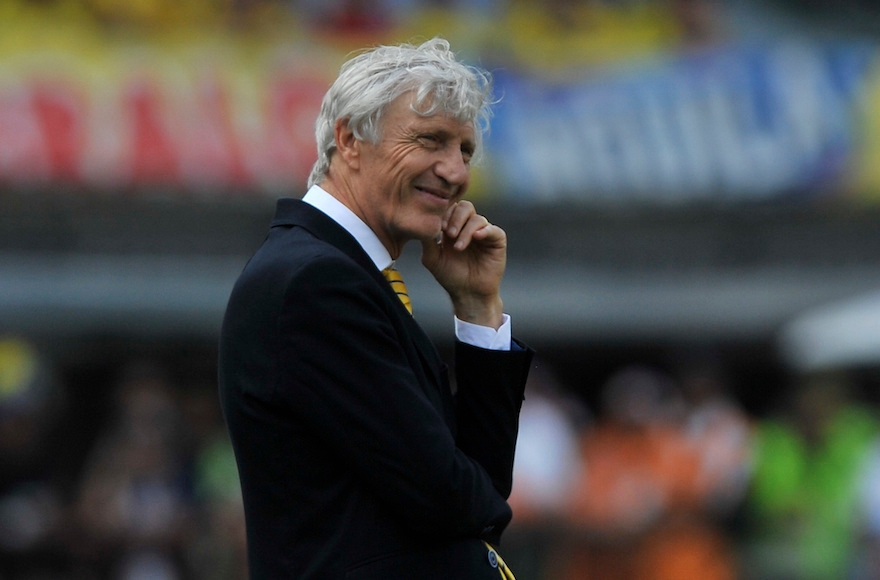 Colombia qualified for the quadrennial event with a 1-1 draw against Peru last week in the final round of matches in the CONMEBOL South American group.

He was born in Villa Dominguez in the Argentine countryside, one of the main centers of Jewish immigration to the country. His grandparents came from Ukraine.

Pekerman, a former midfielder with the Argentine national team, took over as Colombia’s coach in January 2012 and led the nation’s return to the World Cup in 2014 following a 16-year absence from the world championships of soccer’s governing body, FIFA. In June 2016, he led Colombia to a third place in the prestigious Copa America, which was held in the United States.

In more than five years as the coach of “the cafeteros,” or coffee makers, Pekerman has led the squad to a record of 38 wins, 17 losses and 15 ties.

Pekerman is the only Jewish member of a team participating in the FIFA World Cup for the second year in a row, albeit from the bench.