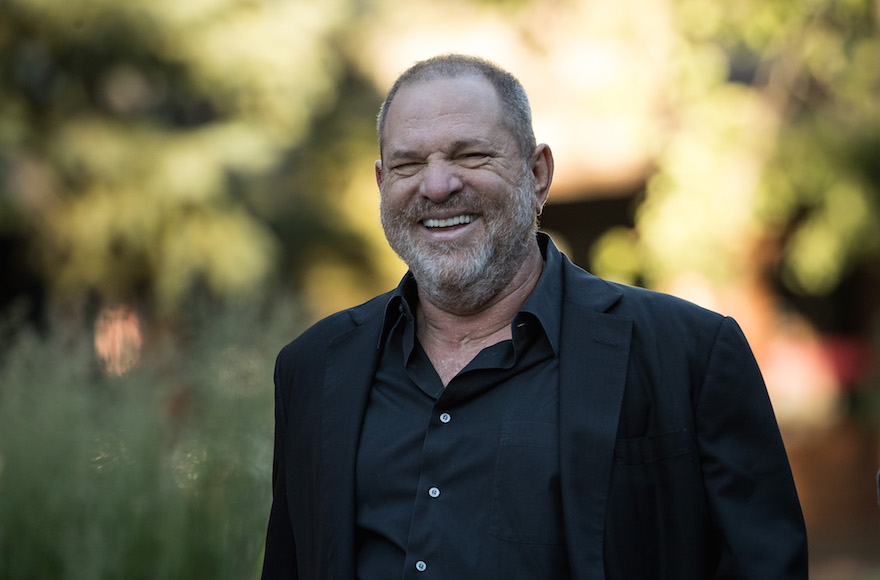 The academy, which awards the Oscars, voted out the Jewish Hollywood mogul Saturday in an emergency meeting amid mounting sexual harassment, sexual assault and rape accusations against him. It was the first time in the body’s 90-year history that it has expelled a member for unethical or potentially criminal behavior.

“We do so not simply to separate ourselves from someone who does not merit the respect of his colleagues but also to send a message that the era of willful ignorance and shameful complicity in sexually predatory behavior and workplace harassment in our industry is over,” the academy said in a statement. “What’s at issue here is a deeply troubling problem that has no place in our society. The Board continues to work to establish ethical standards of conduct that all Academy members will be expected to exemplify.”

The 54-member board of directors of the academy, which includes Hollywood titans like Steven Spielberg, Whoopi Goldberg and Tom Hanks, said in a statement that the vote was “well in excess of the required two-thirds majority.” It said it would “work to establish ethical standards of conduct that all academy members will be expected to exemplify.”

According to an Oct. 5 New York Times’ expose that first made public the allegations against Weinstein — who produced many box office hits, including “Pulp Fiction,” “Sex, Lies and Videotape,” “The Crying Game” and “Clerks” — he used his position of influence in Hollywood to demand sexual favors from actresses and female assistants over the past three decades. Weinstein paid off at least eight women to settle complaints about his lewd behavior, the Times reported.

The women, most in their early to mid-20s at the time, said Weinstein appeared near or fully naked, made them watch him bathe or give him a massage and in at least one instance pressed a young employee for sex, according to the Times. Some were paid $80,000 to $150,000 each to make their complaints go away, the Times said.

Since the Times broke the story, more women have come forward with accusations against Weinstein. The total number of accusers now stands at more than 30, including actresses Ashley Judd, Angelina Jolie and Gwyneth Paltrow. Actress Rose McGowan is among five women who have alleged Weinstein raped them.

Weinstein initially apologized for his behavior, but a spokesperson said Thursday that any “allegations of non-consensual sex are unequivocally denied by Mr Weinstein.”

Last week, on Oct. 8, Weinstein, 65, was fired from the movie production firm he started in 2005, The Weinstein Company. Weinstein and his brother Bob Weinstein founded Miramax.