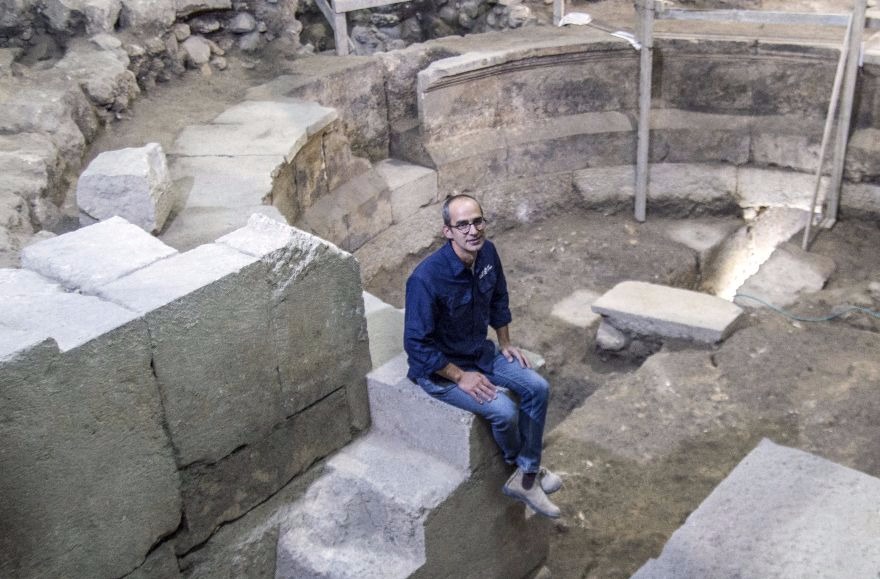 JERUSALEM (JTA) — An ancient Roman theater was uncovered during excavations of the Western Wall tunnels in Jerusalem.

The discovery of the 200-seat theater structure from the Roman period confirms historical writings that describe a theater near the Temple Mount, the Israel Antiquities Authority said in a statement Monday.

The excavations were undertaken with the intent to date the arch, according to the antiquities authority.

The structures were built following the destruction of the Second Temple in 70 C.E., when Jerusalem became the Roman colony of Aelia Capitolina.

“From a research perspective, this is a sensational find,” site excavators Joe Uziel, Tehillah Lieberman and Avi Solomon said in a statement. “The discovery was a real surprise. When we started excavating, our goal was to date Wilson’s Arch. We did not imagine that a window would open for us onto the mystery of Jerusalem’s lost theater.”

The findings will be presented to the public at a conference at the Hebrew University in Jerusalem titled “New Studies in the Archaeology of Jerusalem and its Environs.”

The Second Temple started in 530 BCE.