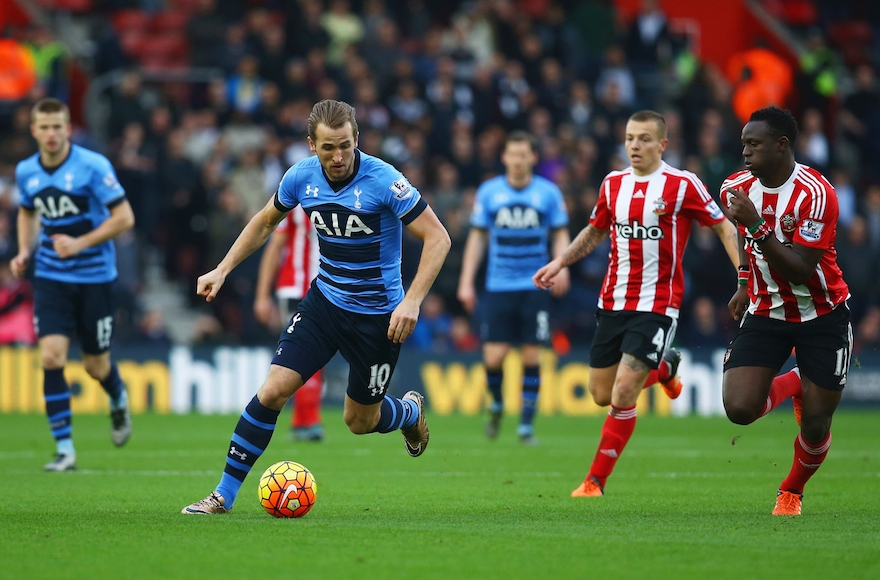 A scene from the match between Southampton F.C. and Tottenham Hotspur in Southampton, England, Dec. 19, 2015. (Charlie Crowhurst/Getty Images)
Advertisement

Marca, a Madrid-based daily sports paper, published the article on Monday ahead of a Champions League match between the Spurs and Real Madrid.

“Their Jewish origin has made them into a club hated by rival fans,” the article said, in part. “But in their 135 years of existence they have always had style and great players.”

The Spurs were indeed popular among Jewish immigrants in the late 19th and early 20th centuries. Fans often call themselves the “Yid Army,” though the league has since banned the term as offensive. According to a history of the club, opposing fans aimed anti-Semitic abuse at the team from the late 1960s onwards, and such chants were heard earlier this year.

In a clarification issued after publication, senior reporter Enrique Ortega wrote: “That ‘hatred’ that Tottenham suffers is very focused on the radical and racist groups that are hiding in the social mass, especially Chelsea and West Ham,” referring to two rival teams.

“I regret the confusion that has been created in this respect,” he added. “The intention was not to damage the image of Tottenham, a club we respect, value … and we do not want to serve as a spokesman for these racist minorities who use any pretext to expand their hate messages, which we reject head-on.”

The Tottenham team responded in a statement.

“We are astonished that a publication such as Marca, which presents itself as an alleged source of professional journalism, has seen fit to publish such an article which is blatantly wrong and wholly distasteful,” it wrote.