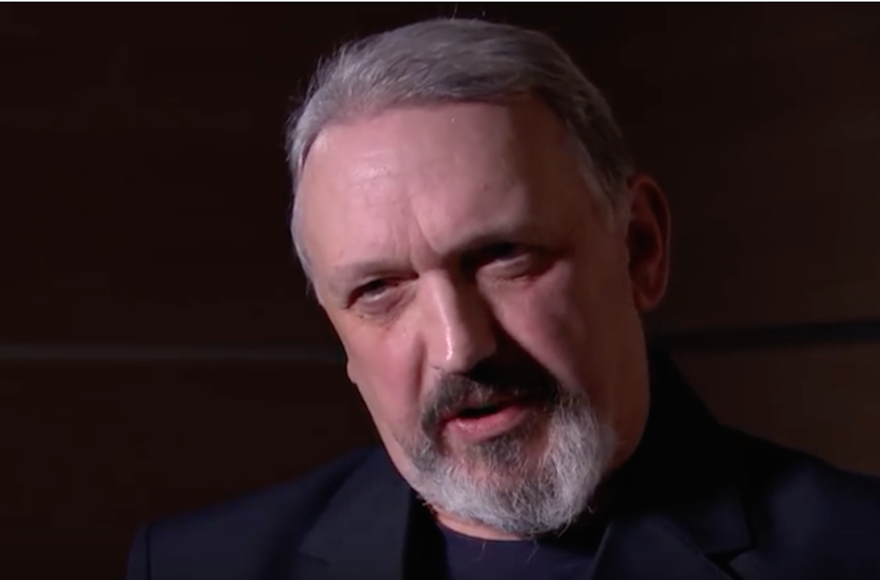 Kevin Wilshaw left the British neo-Nazi movement, announcing that he has Jewish heritage and is gay. (Screenshot from Channel 4)
Advertisement

(JTA) — A prominent British neo-Nazi and white supremacist has come out as gay and revealed his Jewish heritage.

Kevin Wilshaw, 58, a former National Front organizer, announced Tuesday on Britain’s Channel 4 news that he is leaving the far-right movement.

Wilshaw was active in white supremacist groups as recently as this year, including speaking at events.

He told Channel 4 about how he wrote of his hatred of “the Jews” on an application form to join the National Front as a teen even though his mother, whose maiden name was Benjamin, was part Jewish.

“I didn’t have many friends at school, I wanted to be a member of a group of people that had an aim, and I thought getting involved in that kind of thing would be comradeship,” Wilshaw said of his decision to join the National Front.

“Even though you end up being a group of people that through their own extreme views are cut off from society, you do have a sense of comradeship in that you’re a member of a group that’s being attacked by other people.”

Wilshaw said he has been the subject of abuse recently as people began to suspect he was gay.

“It’s a terribly selfish thing to say but it’s true, I saw people being abused, shouted at, spat at in the street – it’s not until it’s directed at you that you suddenly realize that what you’re doing is wrong,” he said.

Wilshaw said without the far-right movement, he is going to find it “difficult” to fill the “void” of an activity that has occupied his life since childhood.