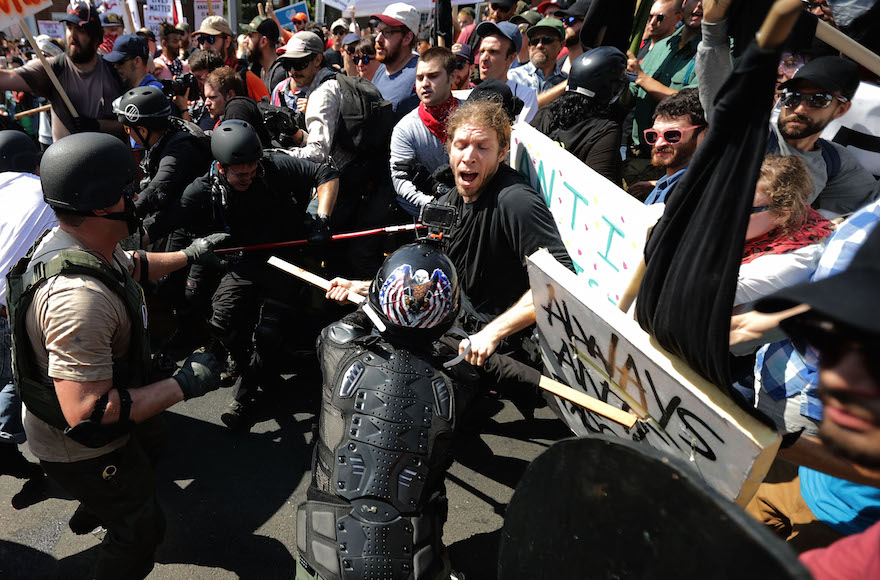 (JTA) — A rabbi at a suburban Atlanta synagogue apologized for a Rosh Hashanah sermon after congregants complained that he appeared to cast the American left as inimical to the Jews.

“The great threat that we face as Americans and as Jews comes not from the ‘alt-right’ but from the alt-left,” Rabbi Shalom Lewis said last month in a High Holidays address to Congregation Etz Chaim in Marietta, Georgia. “Some are violent, rampaging criminals, others wear suits and ties, jeans and T-shirts. Some make no pretense of their disdain for America while others appear loyal citizens. Their tactics are different but their goals are the same.”

Lewis, who stepped down as senior rabbi this year after serving the Conservative congregation since 1977, named the Women’s March, Black Lives Matter and the LGBTQ rights movement as representative of the left’s betrayal of the Jews because each movement includes strident activists for Palestinian rights. (All three movements also include Jews as well as pro-Israel voices.)

“As Americans and as Jews, we must pick a side,” the 68-year-old spiritual leader said. “And though it should be an easy choice it is confusing because the left claims the moral high ground, wrapped in what they define as tolerance, equality, sensitivity and decency when in truth their agenda is intolerant, unequal, insensitive and indecent.”

In an interview with JTA on Thursday, Lewis said he regretted not making clear that he was referring to the radical left, not the entire left.

“If I was to deliver that talk again, I would throw in more adjectives to describe the word ‘left’; that’s my teshuvah,” he said, using the word for repentance, “even though there were many people who clearly understood what the target was.” Lewis said adjectives he should have used include “radical” and “extremist.”

Lewis emphasized that his apology was for how congregants understood his sermon and he stood by its message.

In the interview, the rabbi described himself as a liberal who believed in rights for the LGBTQ community, women and blacks, but who was appalled at what he said was the infiltration of radicals into movements advocating for these groups, as well as into the Democratic Party.

“I stated there also, the good Democrats have to recapture the Democratic Party so its back to the center,” he said. Lewis noted that he is no fan of President Donald Trump.

Lewis wrapped up his sermon, which was shared on the right-wing website Frontpage Mag, by likening the silence of Jews in the face of what he describes as the threat from the left to the “craven” Germans who failed to stop the Nazi rise to power. 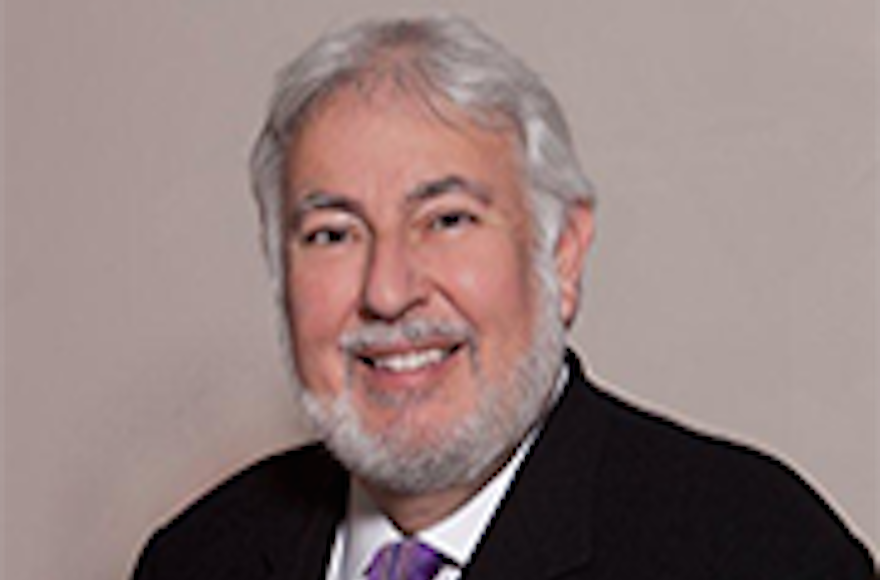 He dismissed concerns about the August march by neo-Nazis and white supremacists in Charlottesville, Virginia, that ended when an alleged white supremacist drove his car into a crowd of counterprotesters, injuring at least 20 and killing one, then closed his address by citing the same demonstration.

“My friends, Charlottesville is the price of freedom …,” he said. In a blog post in August, however, Lewis had decried what he saw as the inadequacy of Trump’s response to Charlottesville.

In the JTA interview, the rabbi said there was no comparing the threat from the radical right to the radical left.

“The threat from the far right regarding anti-Semitism, which is real, is certainly not as significant and not as great a threat that I see nurtured on the left, which is filtered through the lens of Israel,” he said.

JTA on Thursday obtained a letter of apology that Lewis sent out to congregants after his sermon stirred outrage in the week following the holiday and read to the congregation during Yom Kippur services.

“I hurt and angered many with my words on Friday,” he said. “I am truly sorry. In no way was my intention for people to feel that I was demeaning their core values or beliefs. I perceive a threat to our shared values and beliefs, but I do not view anyone in our congregation as a moral culprit. I am shaken that folks I admire, love and call friends have been in a place of great distress these past days because of my sermon.”

Lewis suggested in the letter that he would defer in the future to the counsel of the congregation’s senior rabbi, Daniel Dorsch.

“I will do everything in my power going forward to support his success and vision for our future,” he said.

In 2014, Lewis stirred controversy with another Rosh Hashanah sermon, when he was accused of dehumanizing Muslims. In that instance, he described in stark terms what he said were the 50 million Muslims who are radical.

“The enemy has eyes and ears. Fingers and toes. Speaks with lips. Runs with legs. Eats. Drinks. Has the face of a human being – but has a much different heart and a much different soul,” the rabbi said three years ago, decrying what he called the “silence” of the remaining 950 million Muslims.

The sermon reportedly earned the rabbi a standing ovation from the 2,000 congregants in the sanctuary.

He told the Atlanta Jewish Times that critics of the sermon were “dishonest.”

“I am proud of the sermon and would not change a word in it,” Lewis said at the time. “It is honest and needed to be said — now it needs to be heeded.”