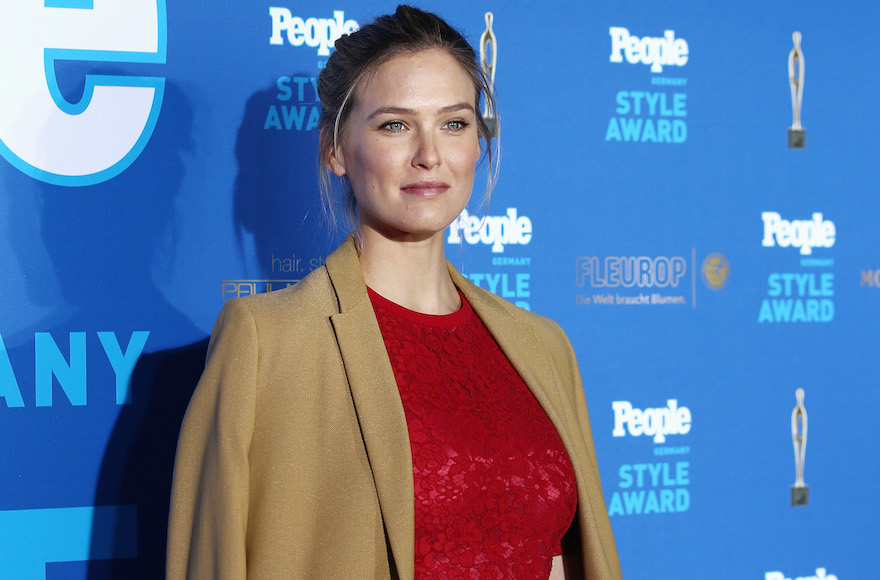 The Israeli supermodel and her husband, the Israeli businessman Adi Ezra, welcomed the baby on Friday night at 8:50, according to a Refaeli statement. Her name is Elle and weighed 3 kilos, about 6.6 pounds. She joins sister Liv, 14 months.

“Our hearts are full of love right now, as I am excited to announce I am a mom of two,” Refaeli said in a statement. She added: “We are all happy, healthy and eager to start this new chapter in our lives.”

Refaeli is currently seen on local television as the host of Israel’s “X-Factor.” She is considered Israel’s leading female model and was featured on the cover of the 2009 Sports Illustrated swimsuit issue. She is a former girlfriend of the Hollywood film star Leonardo DiCaprio and in 2012 was voted No. 1 on Maxim magazine’s Hot 100 list.

Ezra’s family owns the Israeli food importing company Neto ME Holdings. The couple were married in September 2015 at a venue in Haifa that was controversially put under a no-fly zone.