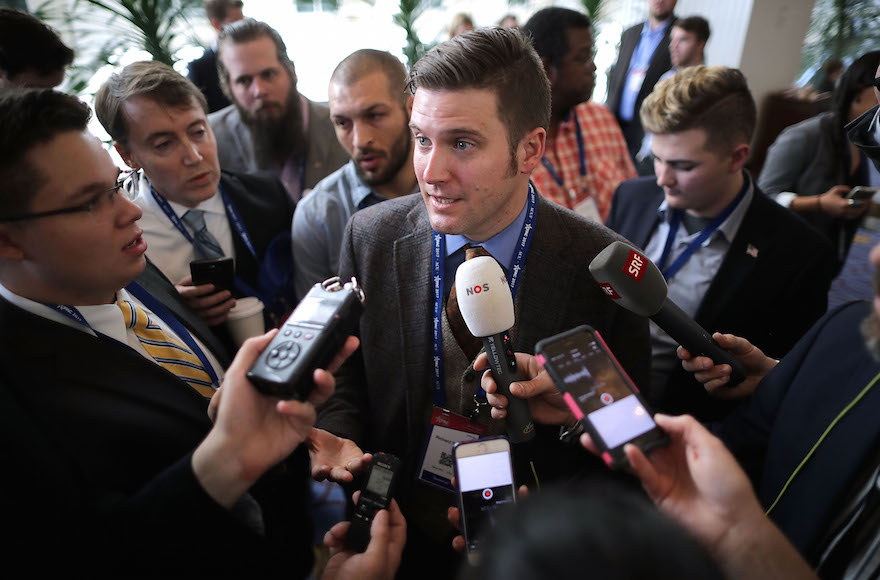 Spencer was invited to a Nov. 10 meeting organized by the far-right National Social Congress, which posted a photo on its Facebook page with the message “All different all white.”

Spencer is president of the National Policy Institute, a white supremacist think tank, and was an organizer of the “Unite the Right” rally in Charlottesville, Virginia, in August in which a counterprotester was killed. He also was co-organizer of a conference on “white” Europe scheduled for October 2014 in Budapest, but Hungary’s interior minister canceled the meeting and Spencer was deported from Hungary after a few days of detention.

“Spencer’s views strike not only the Jewish community or other minority groups,” Agnieszka Markiewicz, director of the AJC Central European office, said in her call to Polish authorities, which was published in a Polish daily newspaper. “The hatred that Spencer and his followers proclaim is a threat to all who are close to the values of human rights and democracy.

“We call on the organizers to remove his name from the list of participants in the planned meeting, and the authorities to support this call.”

The meeting, under the title “Europe of the future,” is scheduled to take place the day before Polish Independence Day. The exact location of the event has yet to be announced; it is known only that it will take place in the center of Warsaw.