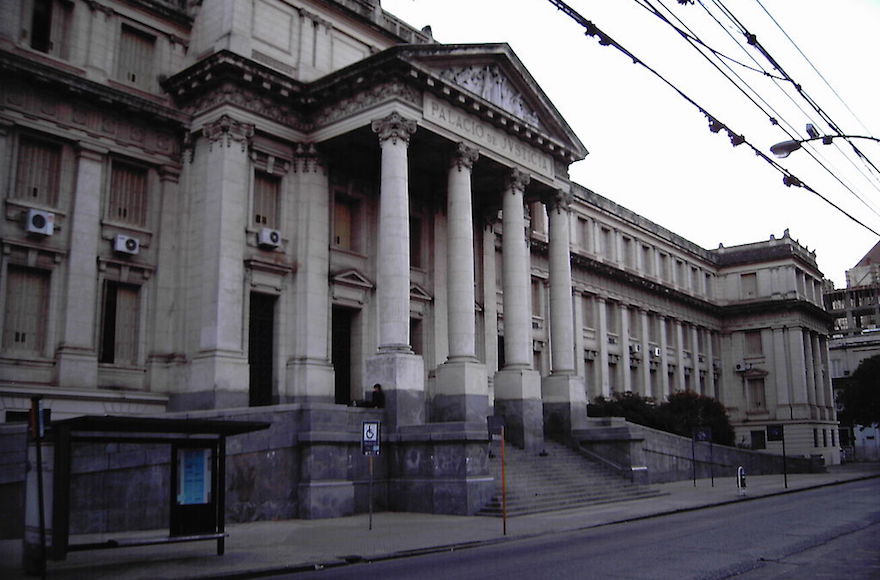 BUENOS AIRES (JTA) — Thirty leaders of different religious traditions from Latin America and the Caribbean will sign the “Cordoba Declaration,” identifying the region as an area of ​​interreligious coexistence.

The declaration is set to be signed Monday in the Cordoba province, located in the center of Argentina.

“Under the premise of not waiting for – paradoxically – miraculous solutions, regional organizations representing four faiths in Latin America are building something that undoubtedly constitutes pride for the entire region,” said Claudio Epelman, executive director of the Latin American Jewish Congress, who also handles Vatican relations for the World Jewish Congress.

The Latin American Jewish Congress is one of four organizations that will sign the declaration.

Epelman in 2014 organized a delegation of 45 businesspeople and politicians – Jews, Muslims and Catholics, and interfaith leaders from Argentina to visit Israel, the Palestinian Authority and Jordan.

“The Argentine experience is an example that surprises those in other latitudes. The Declaration is proof that interreligious coexistence is possible, and helps to shield the region so that it does not import conflicts from other parts of the world, but rather exports the message that coexistence is possible,” Epelman told JTA.

The document will be signed in Cordoba to honor the nearly 20 years of interreligious work of COMIPAZ, the Interreligious Committee for Peace, created in Cordoba by Muslim, Christian and Jewish leaders, Marcelo Polakoff, the rabbi of the Israelite Union Centre in Cordoba, told JTA. COMIPAZ is the first formal interfaith committee in Argentina.

Signing the document in Cordoba also remembers and honors the ancestral coexistence between Muslims, Christians and Jews that characterized Cordoba in medieval Andalucia, he added, referring to the homonymous city in the southern Spanish region of Andalucia.

Argentinean Secretary of Human Rights and Cultural Pluralism of the Nation Claudio Avruj is scheduled to attend the signing of the declaration at the Cordoba Cultural Center on Monday evening, as will the governor of Cordoba, Juan Schiaretti, and Ramon Mestre, the mayor of the capital city, also called Cordoba.

This year the Latin America Jewish Congress, the regional chapter of WJC, organized a joint Ramadan break-fast meal with the Jewish and Palestinian Muslim communities in Buenos Aires, which was welcomed by Palestinian Authority President Mahmoud Abbas.