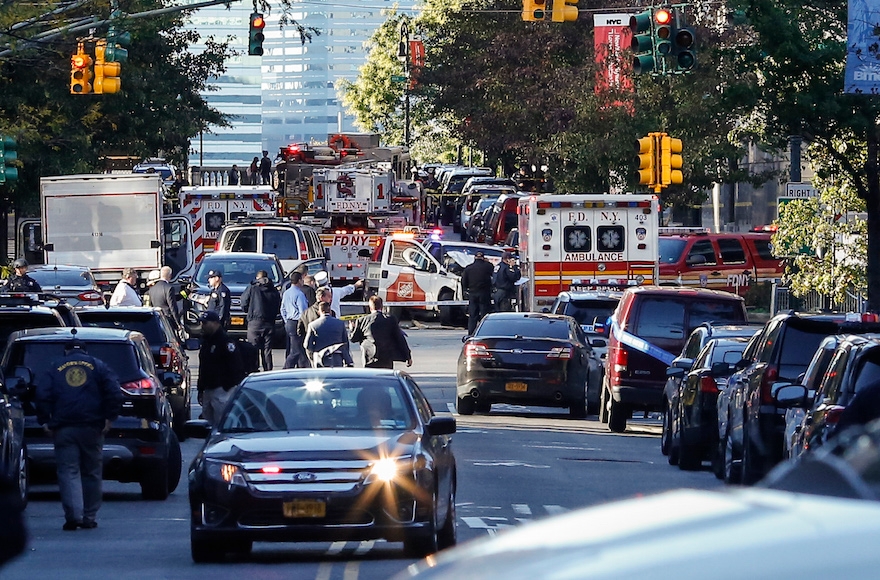 NEW YORK (JTA) — Eight people were killed and nearly a dozen were injured when a truck rammed into a crowd in downtown New York City in what the mayor called “an act of terror.”

The suspect, who was driving a truck, hit people on a bike path on Tuesday afternoon, blocks away from the World Trade Center site, the New York Police Department said. The suspect, a 29-year-old male, also hit a school bus before exiting the truck. He was shot by police after showing fake firearms. The police took the suspect into custody.

“Based on the information we have at this moment, this was an act of terror,” Mayor Bill de Blasio said at a news conference.

President Donald Trump referred to the incident on Twitter as “another attack by a very sick and deranged person.”

In NYC, looks like another attack by a very sick and deranged person. Law enforcement is following this closely. NOT IN THE U.S.A.!