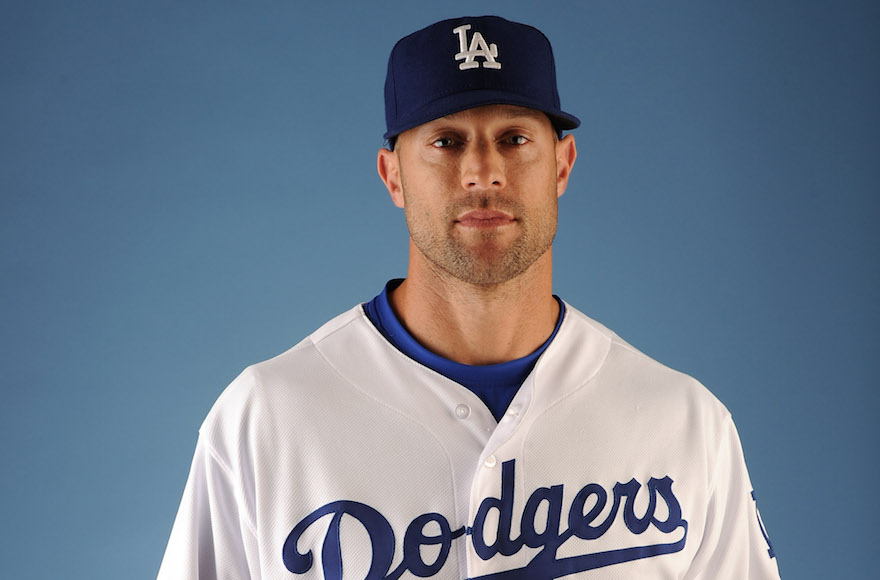 (JTA) — Gabe Kapler, a major league outfielder for 12 seasons and a coach for Team Israel in the World Baseball Classic, was named manager of the Philadelphia Phillies.

Kapler, who played for seven teams, has been the head of player development for the Los Angeles Dodgers organization since 2014.

“I’m equal parts honored, humbled and excited by the opportunity with the Phillies, an elite franchise in a city rich in history, tradition, sports excellence and with amazingly passionate fans,” Kapler said in a statement Monday.

Kapler, 42, is Jewish and has a tattoo of a Jewish star on his left leg and another that reads “Never Again” — a reference to the Holocaust — on his right leg.

He coached the Israelis during the 2013 WBC’s qualifying period and was invited to travel through Israel with the national team earlier this year. Kapler had never been to Israel before and called the visit an “extraordinary life experience,” adding that his trip to the Yad Vashem Holocaust museum there left him “emotional for several days after.”

In 2006, Kapler was one of four Jewish players on the Boston Red Sox roster along with Kevin Youkilis, Craig Breslow and Adam Stern.

Kapler is known for his interest in sports science and sabermetrics, the empirical analysis of baseball made famous in the book and movie “Moneyball.” He will become the third-youngest manager in the league after Kevin Cash, 39, of the Tampa Bay Rays and Andy Green, 40, of the San Diego Padres.

He succeeds Pete Mackanin as manager for the Phillies, who finished last in the National League East this season with a 66-96 record and have not made the playoffs since 2011.