Jay Leno used to be a Shabbos goy 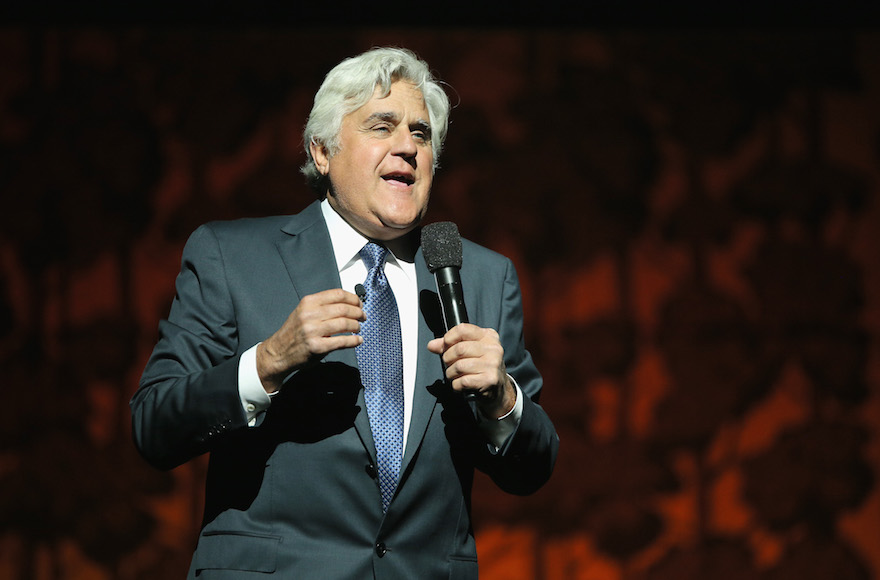 (JTA) — Jay Leno already has plenty of Jewish credentials. The comedian and talk show host — who is not Jewish — has described himself as a big supporter of the state of Israel and has hosted the ceremony for the Genesis Prize, nicknamed “the Jewish Nobel,” two years in a row.

But recently the funnyman, 67, revealed that his ties to the Jewish community go way back. Growing up in New Rochelle, New York, Leno said he served as a “Shabbos goy” — a non-Jew who performs tasks observant Jews are forbidden to do on Shabbat, such as flipping light switches and adjusting the thermostat.

“I was a Shabbos goy,” he told LoHud, a suburban New York news site, in an interview published Tuesday. “I’d help the neighbors shut things on and off.”

In return, Leno’s neighbors would lend a hand at other times, he said. “On Christmas, they’d run errands and do things for us,” he said. “That’s the thing about growing up in New York, everybody had some other tradition that was different.”

“It didn’t seem different to me because it was normal for me,” added Leno, whose family later moved to Massachusetts. “It was a fun place.  It was a nice community.”

In the interview, Leno also said that he grew up thinking that grandparents only spoke foreign languages.