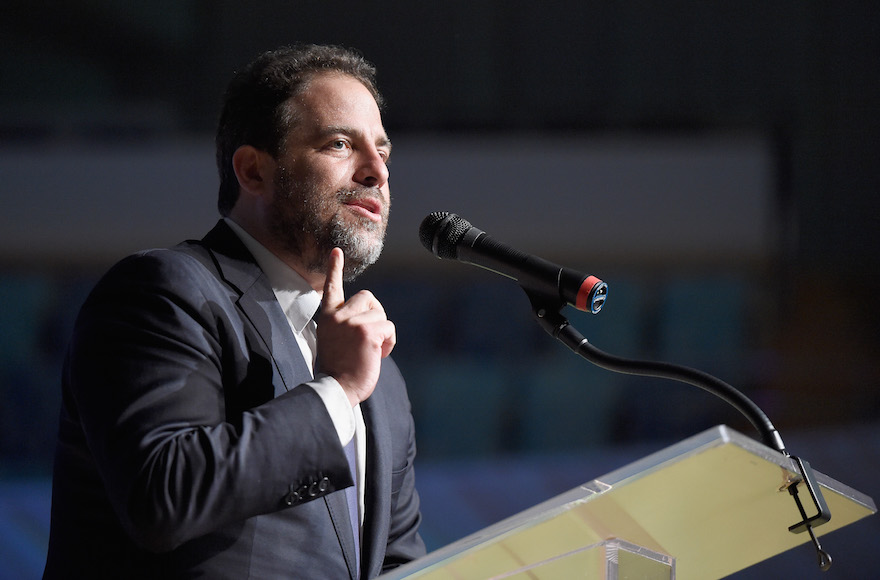 The women quoted in an article published Wednesday the Los Angeles Times were all actresses at the time of the incidents. They include Natasha Henstridge and Olivia Munn.

Ratner, through his attorney Martin Singer, strongly denied the accusations.

“I have represented Mr. Ratner for two decades, and no woman has ever made a claim against him for sexual misconduct or sexual harassment,” Singer told the Times. “Furthermore, no woman has ever requested or received any financial settlement from my client.”

Ratner is well known as a supporter of Jewish organizations and has been honored for his Jewish philanthropy and other humanitarian efforts.

On Sunday, the Jewish National Fund presented Ratner with its annual Tree of Life Award at a dinner in Hollywood. The Israeli actress Gal Gadot, the star of “Wonder Woman” and a co-chair of the dinner, pulled out of the event a week before it took place. She was to present Ratner with his award.

A spokeswoman for the event said Gadot had a scheduling conflict. But last month, after the Harvey Weinstein scandal broke, Gadot posted on her personal Instagram account: “Bullying and sexual harassment is unacceptable! I stand by all the courageous women confronting their fears and speaking out. Together we stand. We are all united in this time of change.”

Henstridge alleged that Ratner forced her to perform oral sex on him when she was 19. Munn described several encounters with Ratner, including one in which he masturbated in front of her.

Munn later called out Ratner after he claimed during a 2011 TV appearance to have slept with her. A few days later he apologized for making the statement during an appearance on the Howard Stern radio show.

Known for directing the “Rush Hour” films, “X-Men: The Last Stand” and other blockbusters, Ratner is also the CEO of RatPac Entertainment, which he founded with U.S. Treasury Secretary Steven Mnuchin and Australian billionaire James Packer.

Ratner also is close friends with director James Toback, who recently was accused of sexual harassment by more than 300 women.

According to the Times, Ratner often has told reporters that he doesn’t use drugs or drink alcohol while adding at times about his love of beautiful women. The Times cited a 2008 article in the Los Angeles Jewish Journal in which Ratner said, “I’m not into dark stuff. I’m just a nice Jewish kid … who loves movies and pretty girls.”

Last year he was given the American Jewish Historical Society’s Emma Lazarus Statue of Liberty Award and its inaugural Visionary Leadership Award.