Congress to recognize the 100-year anniversary of Balfour Declaration 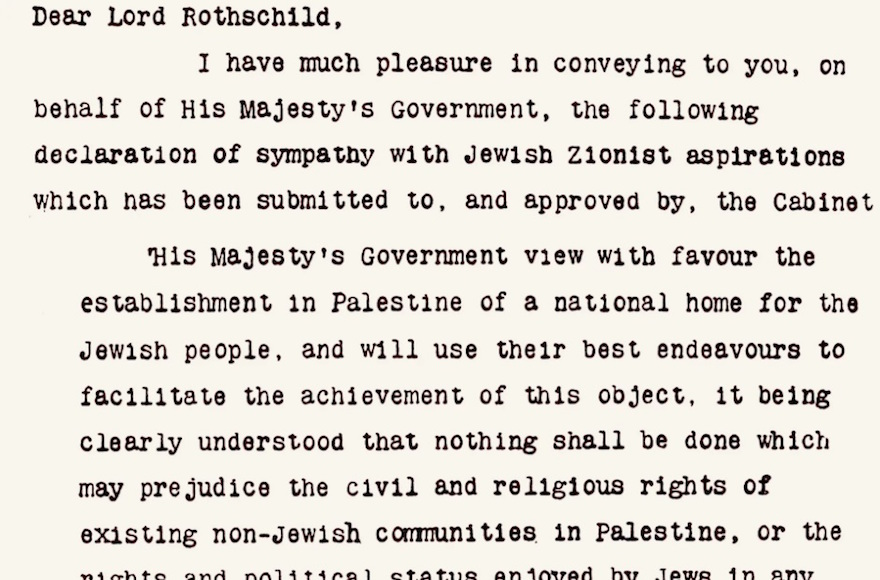 (JTA) — A bipartisan resolution to be introduced in the U.S. Senate will recognize the 100-year anniversary of the Balfour Declaration.

Sens. James Lankford, R-Okla., and Joe Manchin, D-W.Va., were to propose the resolution on Thursday. A concurrent resolution was to be proposed in the House of Representatives.

“It is entirely appropriate for the United States Congress to commemorate the 100th Anniversary of the Balfour Declaration, a statement that ultimately led to the reestablishment of the State of Israel in 1948,” Lankford said in a statement. “Israel is one of our closest friends and allies, and it is important that we stand with her and honor this important milestone.”

In the 1917 declaration, named after then-British Foreign Secretary Arthur Balfour and obtained on Nov. 2 that year after long talks with Zionist leaders, the British government vowed to help establish a national home for the Jewish people in the Land of Israel without jeopardizing the rights of other area inhabitants.

“The Balfour Declaration of 1917 represents a pivotal moment in Jewish history and the creation of the modern State of Israel,” Manchin said in a statement, adding the resolution “reaffirms our support for one of our strongest allies and most steadfast friends in the region as we remember an important moment in their history.”

The resolution states that Congress “commemorates the centenary of the Balfour Declaration; affirms its commitment to maintaining the strongest of bilateral ties with the State of Israel; and recognizes the importance of the establishment of the modern State of Israel as a secure and democratic homeland for the Jewish people.”