Montenegro gets a rabbi while waiting for a synagogue 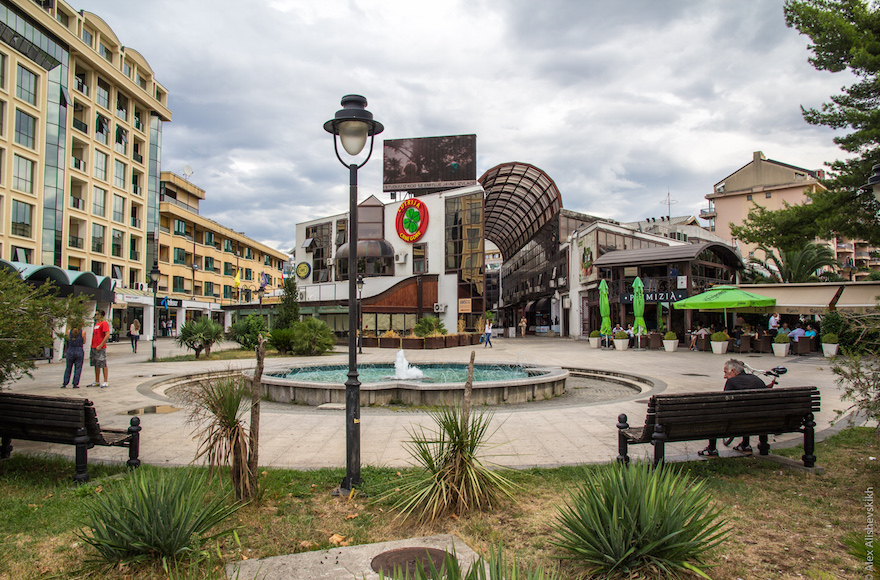 A park in Podgorica, the capital city of Montenegro (Alex Alishevskikh/Flickr)
Advertisement

BUDVA, Montenegro (JTA) — For the first time in over a century, the Jewish community of this small Balkan country has its own resident rabbi, its leaders said.

Ari Edelkopf, a Los Angeles-born Chabad rabbi, settled in the capital Podgorica several weeks ago with his wife, Chana, and seven children. He said he is officiating from his home while waiting for the construction of the country’s first synagogue.

Edelkopf also is Montenegro’s first resident rabbi since it became independent in 2006, breaking away from Serbia.

Jasa Alfandari, the president of the Jewish community of Montenegro, thanked Edelkopf, whose last rabbinical posting was in Russia, for his service to the community Thursday night at the opening of the fifth annual Mahar conference in Montenegro. The conference, for Balkan and Central European Jews, included funding from the Euro-Asian Jewish Congress, the World Jewish Congress and the Jewish National Fund, among other sponsors.

Some 400 people attended the weekend gathering in the coastal city of Budva, including communal leaders from across the region.

The cornerstone for a synagogue in Montenegro will be laid next year in Podgorica, said Milo Djukanovic, a former prime minister of Montenegro who attended the Mahar conference as its keynote speaker.

Montenegero has 400 Jews, according to the World Jewish Congress, “with maybe a tenth of that participating in actual Jewish spiritual life,” according to Edelkopf.

Before Edelkopf’s arrival, the Jewish community of Montenegro was the purview of Moshe Prelevic, who is the chief rabbi of Croatia. He will retain his title as the main communal rabbi also in Montenegro and work in parallel with Edelkopf, Alfandari said.

In the meantime, Edelkopf is hosting worshippers at his home and holding prayers. He settled in Podgorica after being forced to leaved Sochi earlier this year. His staying permit was revoked on unsubstantiated claims that he represented a threat to Russia’s national security.

Edelkopf denied any wrongdoing and demanded a court review of the unspecified charges against him, but it never happened. Russian Jews protested his deportation as a miscarriage of justice.

In Podgorica, his role will be to “convert the local Jews to Judaism,” Alfandari said.

“What I mean is that we have a few hundred people who are Jews according to the definition of the word” – meaning those who have a Jewish mother, according to traditional Jewish law – “but they know very little about what it means to be Jewish.”

The sukkah built last month in Edelkopf’s yard was the first time that many local Jews had ever seen the ceremonial hut for Sukkot, said Alfandari, who was born in what is now Serbia.

Separately, the city of Sabac in Serbia is preparing to open a Jewish museum this month inside a former synagogue in a bid to appeal to Jewish tourists from Israel and beyond.

“We believe that with the influx of Jewish tourists in Belgrade in recent years, a very large synagogue could be a real addition to the touristic attractions on offer in Serbia,” Branislav Stankovic, a curator and historian at the National Museum in Sabac, told the Novosti daily.