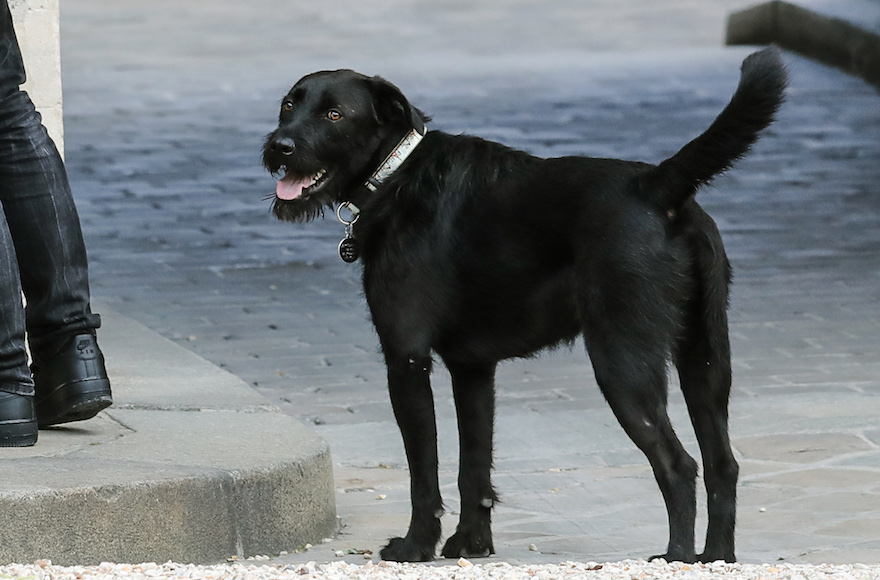 (JTA) — The members of a Jewish family have their dog to thank for their escape from a fire that police believe was set intentionally in their Paris-area home, an anti-racism group said.

The family was awakened after midnight Friday night by the dog’s insistent barking to discover that their front door was on fire, with smoke rapidly filling up the interior of their apartment in the southeastern suburb of Creteil, the National Bureau for Vigilance Against Anti-Semitism, or BNVCA, reported Sunday.

Someone had doused the door in a highly flammable liquid at set it alight, police concluded, according to the case report of the BNVCA. The family told police they suspected an Arab neighbor, who BNVCA said has expressed extremist and anti-Semitic views online. Police detained the neighbor in connection with the incident, which BNVCA is calling anti-Semitic.

Last week, an unidentified person set the family’s car on fire. Witnesses saw a man wearing a hoodie set it alight, according to the BNVCA report.

“The incident confirms BNVCA’s observation that anti-Semitic acts that began as targeting property belonging to Jews (synagogues, schools, community centers) or as assaults on people on the street have evolved into attacks on Jews inside their own homes,” the group wrote.

In 2014, Creteil saw an anti-Semitic incident that horrified many French Jews, in which three men broke into a Jewish family’s home because they assumed they would have money due to their ethnicity. Encountering a young couple inside the home, one armed suspect guarded the woman’s boyfriend and another took his credit card to a cash machine while a third raped the woman. The victims said the assailants insulted them with anti-Semitic slurs.

Coming amid a major increase in anti-Semitic violence in France accompanying Israel’s war with Hamas in Gaza that year, the incident echoed for many the traumatic murder and torture in 2006 of Ilan Halimi, a Jewish phone salesman who was abducted by a gang led by a career criminal with a history of targeting mostly Jewish victims.

Earlier this year, Sarah Halimi, a physician and kindergarten teacher, was murdered inside her home by an Islamist neighbor whom prosecutors say was motivated by anti-Semitic hatred. She was not a relative of Ilan Halimi.

Some French Jews regard the murder of Ilan Halimi as the turning point in the emergence of an unprecedented wave of violence against Jews in France and Belgium, where more than 12 people have died since 2012 in at least three jihadist attacks on Jewish targets.