Holocaust survivor pulled from car in path of oncoming train 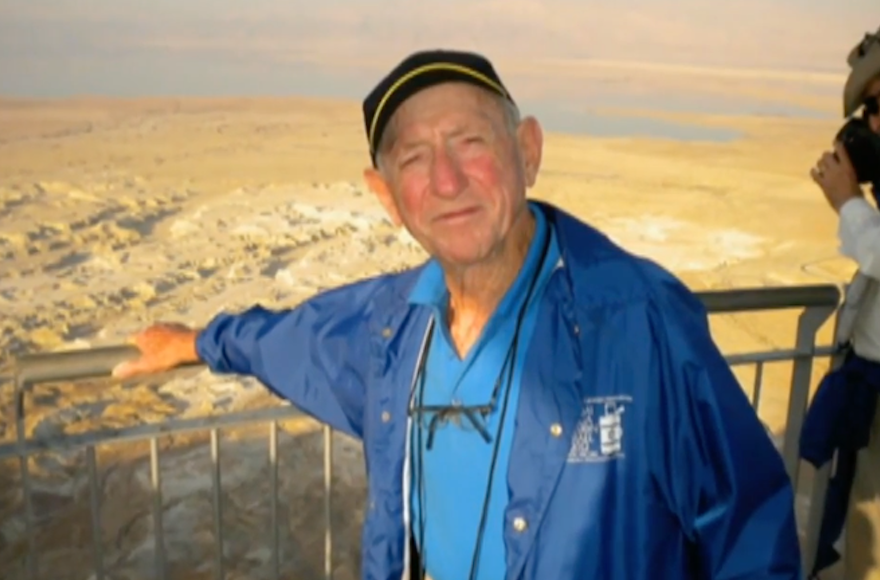 (JTA) — A Holocaust survivor was saved from a certain death by unidentified rescuers who pulled him out of his car stuck on the tracks of an oncoming train.

Henry Flescher of Miami, Florida made a wrong turn onto train tracks in the Miami suburb of Aventura Tuesday night, causing his car’s wheels to get stuck on the tracks in the path of a Florida East Coast freight train, local news station WSVN reported.

Flescher had trouble opening the door of his car, and was pulled out by several bystanders just seconds before the train slammed into his car.

His car was totaled and removed from the scene.

Natalie Grant, a woman whose car was stopped behind Flescher’s, recorded the incident on her smartphone.

“I definitely think God was looking out. It wasn’t [Henry’s] time yet. He still has more work to do on Earth,” she told WSVN.

Flescher, who was born in Vienna, was interned in several Nazi concentration camps in France and Germany, including Buchenwald, and was liberated by the United States Army.

“I’m a survivor so far. I’ve survived a lot of things,” he said. “I’m very active, thank God. I’m doing things, and it pays back.”

He discussed his experiences in the Holocaust during a Redit AMA (Ask Me Anything) session last year.