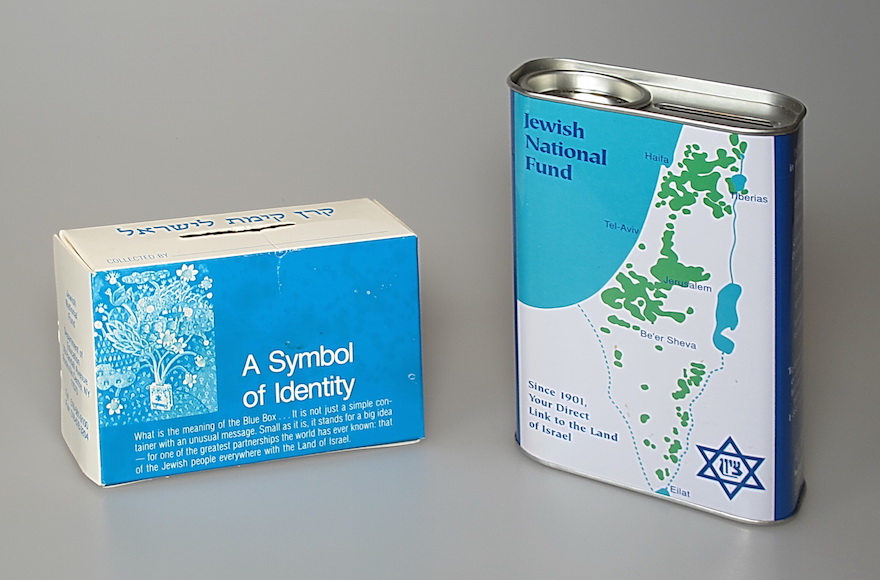 More than a century later, the JNF, known in Hebrew as Keren Kayemeth LeIsrael, is rich. It owns 13 percent of all the land in the country and brings in some $3 billion a year, most of it from land sales.

Israel wants a big cut of that revenue to help fund state-run national infrastructure projects, and the government is pushing legislation that would force JNF to pay up. But JNF is holding out, saying it is doing a fine job developing the country on its own.

The government feels entitled to JNF’s money, which according to its mission is held in trust for the Jewish people. While JNF is not state run, the government appoints many of its officials and a public agency, the Israel Land Authority, manages and sells its land. In the past, the government has often drawn on JNF funds to meet its needs, and is currently seeking to fund its two-year budget.

“The JNF sells lands every year and receives billions of shekels in return,” Prime Minister Benjamin Netanyahu said Tuesday at an emergency government meeting on the issue. “It is very important that this money be channeled to the needs of the State of Israel.”

In response, the JNF argues that it has earned the right to independence. Founded in 1901, it bought land and founded settlements on which Israel was established in 1948. Famed for planting hundreds of millions of trees in Israel, the not-for-profit group also focuses on land reclamation and development of communities outside central Israel.

“Mr. Prime Minister, KKL-JNF invests billions every year in strengthening the periphery, education and the environment,” JNF head Dany Atar tweeted Tuesday, using an acronym that includes its Hebrew name. “It’s a shame that you, Bibi, are fulfilling Zahalka’s dream of dismantling the JNF.”

Jamal Zahalka, a Knesset member from the Arab Joint List party, is among those who criticize JNF for selling land exclusively to Jews.

Some would like to see JNF reformed for other reasons.

In January, a scathing state comptroller report characterized JNF as wasteful, opaque and possibly compromised by conflicts of interest. According to the report, over the 15 months leading up to November 2015, the JNF spent just a third of its revenue on public projects to develop land compared to 43 percent to “expand its own financial assets.” The comptroller recommended expanded government oversight of the organization.

In response, JNF issued a list of planned reforms in May that Atar said would “deal courageously with the failures and the criticism and use this low point to create a significant turnaround in the life of the organization.”

Under pressure from the government, Atar agreed last month to hand over 2 billion shekels, or $570 million, in two installments — one this year and one the next. But the JNF board of directors rejected the deal and instead offered to make just the first payment.

That led government ministers to advance legislation Tuesday that would require JNF to transfer 80 percent of its revenue to the Finance Ministry every year or lose its tax-exempt status. Coalition chairman David Bitan reportedly told ministers that the government must collect the money or it could collapse, forcing new elections.

For the time being, JNF has declared a freeze on the marketing and development of housing projects on the land it owns. On Thursday, the leaders of  the World Zionist Organization, which is affiliated with JNF, will hold an emergency meeting to discuss the situation.

As it happens, the American branch of the JNF will also host its annual conference this weekend in South Florida. However, the event will probably do little to address the situation in Israel. JNF-USA has stopped sending money from blue boxes, or pretty much anywhere else, to its Israeli counterpart, and largely funds its own distinct projects.