Historic Maine synagogue to be converted into high-end apartments 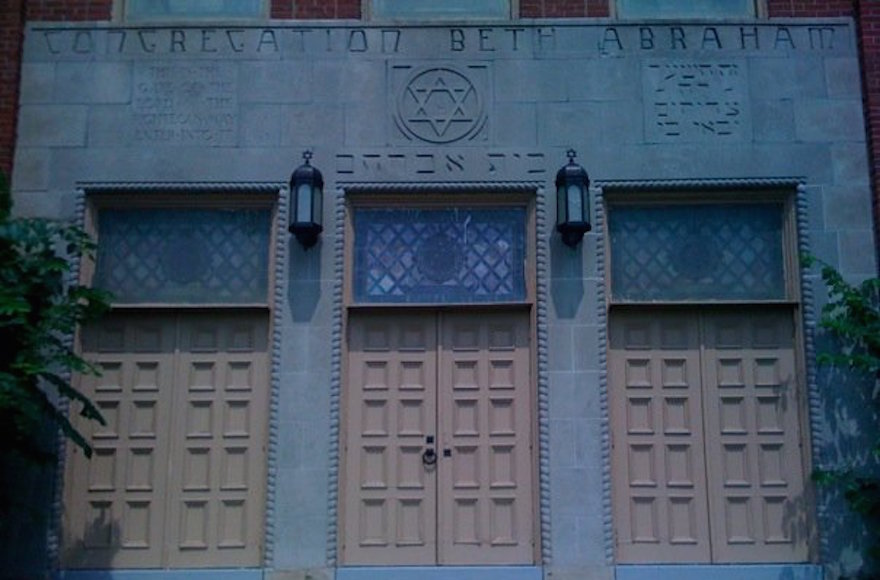 (JTA) — The Auburn, Maine, community will have a last chance to bid farewell to a 115-year old synagogue before it is converted into 10 high-end apartments.

The 15 members of the Beth Abraham Synagogue sold the building last week to a developer, the Lewiston Sun-Journal reported Wednesday.

On Sunday, the community will take a final tour of the building and then ceremonially move a Torah scroll to the nearby 100-family Temple Shalom Synagogue Center, an independent and egalitarian congregation (formerly Conservative) that Beth Abraham members will join.

Beth Abraham has not had a rabbi for several years, and only opened for three days each year to worship on the High Holidays, according to the report.

The synagogue was founded in 1902, three years after the first Jewish family settled in New Auburn, and has been in the iconic brick building since 1934, according to a 90th anniversary tribute to the synagogue in a published history of Maine’s Jewish communities.

The synagogue’s bimah will be moved to the Maine State Museum in Augusta for an exhibit on Maine Jewry, Tablet reported in May.

The developer, Oleg Opalnyk, told the Sun-Journal that converting the building will take up to 18 months, and he intends to retain its original character.

“I liked the history of what it is, structurally, architecturally how it looks,” he said. “I’m going to reuse some of the stained glass, all of the chandeliers that are there. I just want to keep that style. I like old, I like historic.”