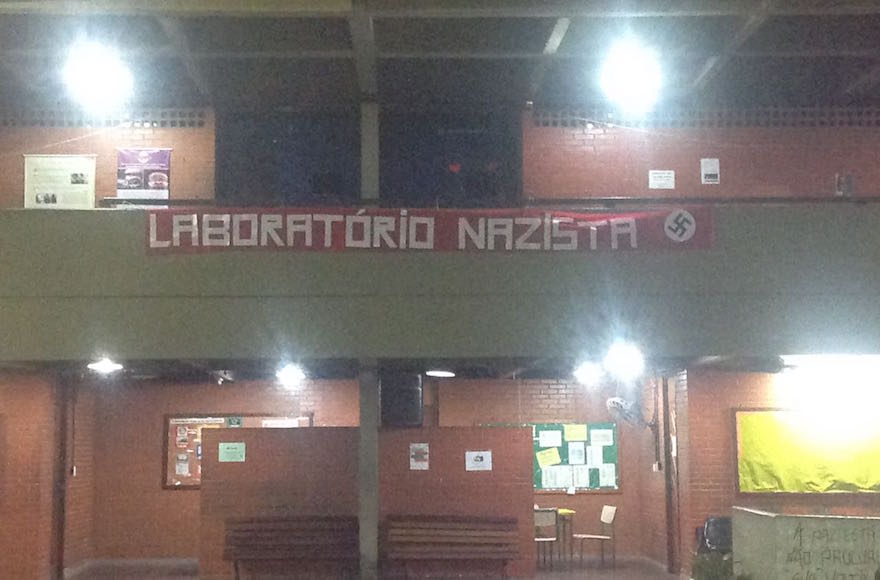 The students at Milecimo da Silva high school in Rio De Janeiro were recently assigned to re-create a Nazi laboratory for a science fair. According to the Brazilian Israelite Confederations, the country’s umbrella Jewish group, the purpose of the exhibition was to highlight the supposed scientific progress made by Nazi doctors working in concentration camps.

The Rio State Department of Education reportedly has opened an investigation to determine whether the school promoted Nazism, which is punishable by up to five years in prison and a fine. 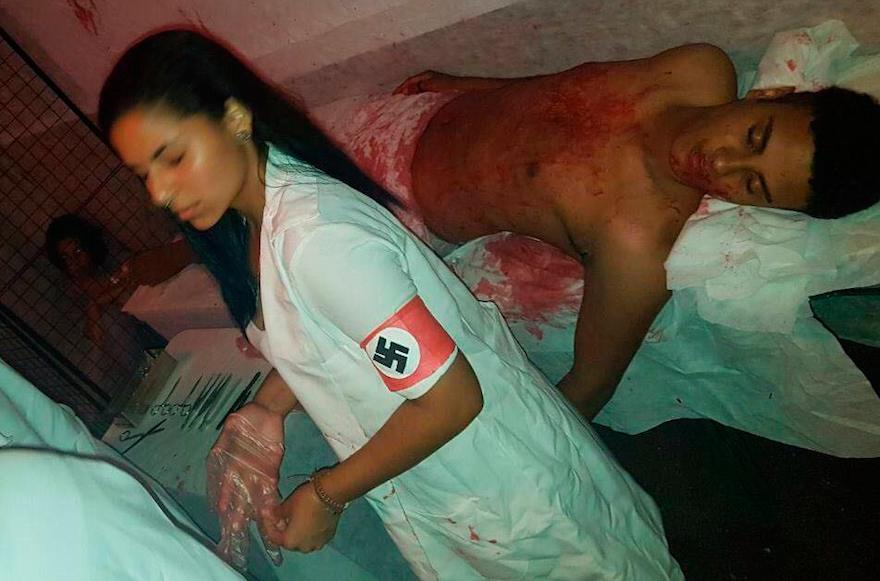 During World War II, a number of German physicians — notably Josef Mengele — conducted painful and often deadly experiments on thousands of concentration camp prisoners without their consent. The experiments sought to improve the performance of Nazi soldiers and advance the Nazis’ racial ideology, including the notion of the Jews’ inferiority. The Nazis killed some 6 million Jews during the Holocaust.

In April, a third-grade classroom in a private school in Recife, in northeastern Brazil, was decorated with Nazi flags during a lesson on totalitarian regimes. The teacher wore a Nazi armband. The school later praised him on social media for the lesson.

After facing criticism, the school’s officials conceded that the tone of their post was inappropriate and took it down, but they refused to apologize for the lesson, according to the local Jewish federation.