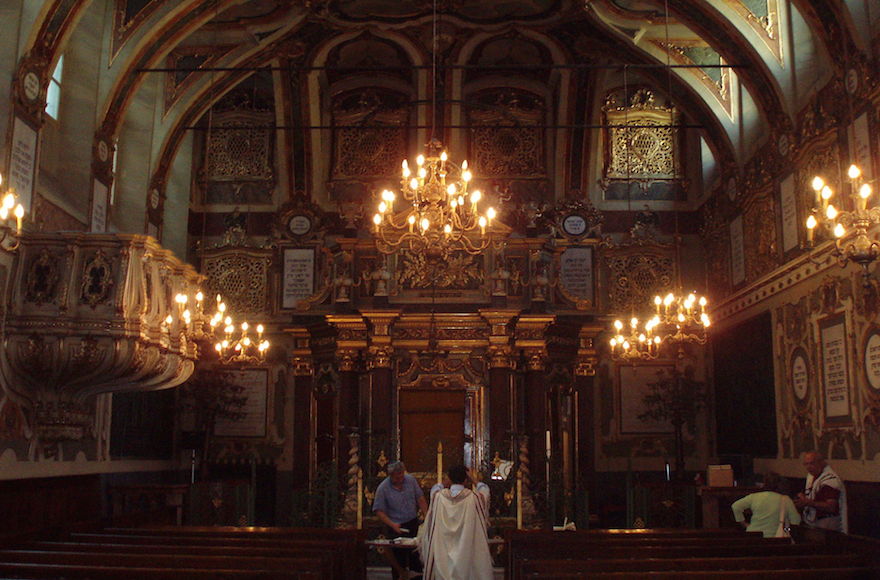 An inside view of the synagogue in Casale Monferrato, Italy. (Wikimedia Commons)
Advertisement

Jews have lived in Casale Monferrato for more than 500 years, with the community reaching its peak of 850 members at about the time Jews here were granted civil rights in 1848. The town still boasts one of Italy’s most ornate synagogues, a rococo gem that dates to the 16th century.

These days, only two Jewish families live in Casale. The synagogue, which is part of a larger museum complex, is now a major tourist attraction – and not only because of its opulent sanctuary with huge chandeliers, colorfully painted walls and lots of gilding. The former women’s section has been transformed into a Judaica and Jewish history museum. And the synagogue’s basement, formerly a matzah bakery, is now home to the Museum of Lights.

Hanukkah here is commemorated nonstop with a year-round exhibit featuring dozens of menorahs, or hanukkiyot, created by international contemporary artists. The collection has some 185 menorahs, according to Adriana Ottolenghi, whose husband, Giorgio, has been president of Casale’s Jewish community since the 1950s. There is no other museum in the world quite like it. 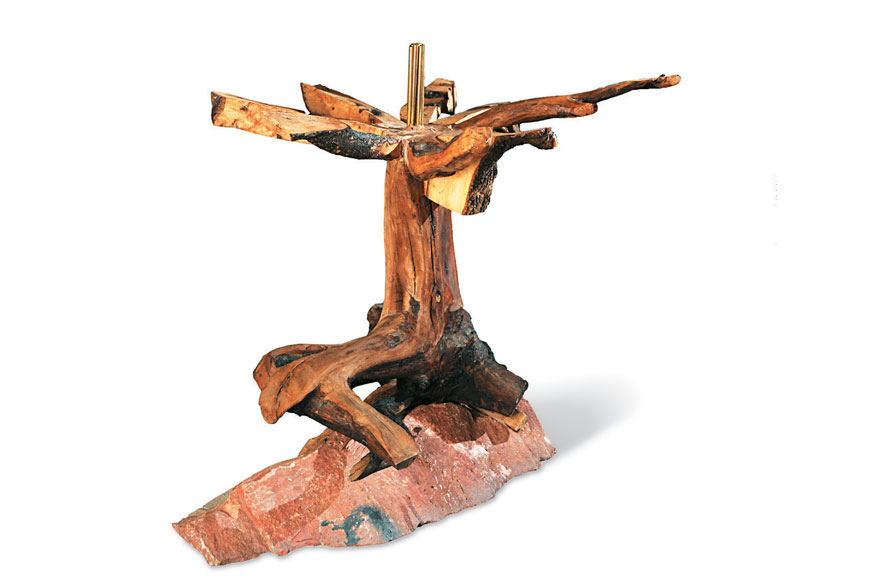 “We receive more every year, and each year at Hanukkah there is a public ceremony, where we light menorahs and welcome the new pieces,” she said.

Only 30 to 40 can be displayed at a time in the vaulted underground chambers. The only time the collection was shown in its entirety was at Casale’s centuries-old castle, part of an event connected to the 2015 Milan Expo.

The Museum of Lights’ hanukkiyot come in an amazing variety of shapes, sizes, colors and media. Many resemble traditional menorahs: a straight line of candles or a candelabra with eight branches, with a ninth branch for the “shamash” candle used to kindle them. Some of the menorahs can be lighted and used on the holiday.

But other menorahs on display are more fanciful sculptural works created from the likes of metal, ceramic, plexiglass and wood.

“Artists were given a completely free rein to create a functional object or a purely evocative one,” curator Maria Luisa Caffarelli wrote in the collection’s catalog. 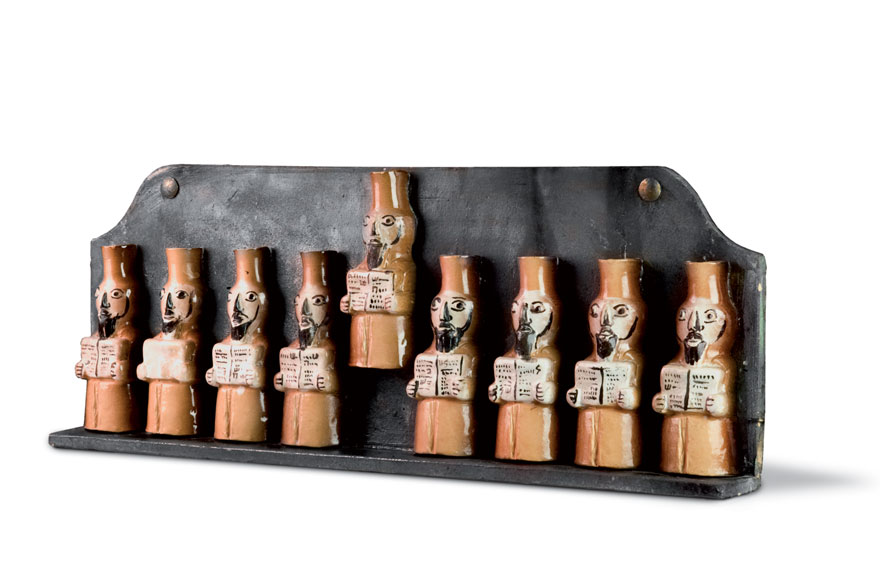 This menorah is part of the year-round display at the Museum of Lights. (Foundation for Jewish Art, History, and Culture at Casale Monferrato and in Eastern Piedmont – Onlus)

Each menorah is what designer Elio Carmi, who co-founded the collection in the mid-1990s with the non-Jewish artist Antonio Recalcati and other artist friends, describes as an “homage to the story of Hanukkah” and its message of the triumph of light over darkness.

They conceived the project as a way to highlight Jewish culture as a source of artistic inspiration, promote creativity based in Jewish tradition and underscore the vitality of Jews in contemporary society.

“The idea was born to show that Jews, though small in number, are determined,” said Carmi, who is the vice president of the Casale Jewish community, “and to use interpretations of the Hanukkah menorah to demonstrate, symbolically, the continuity of the community.”

At Hanukkah, Jews light menorahs for eight days to recall the defeat by the Maccabees of Syrian tyrants in the second century BCE. According to legend, when the Maccabees reclaimed the Temple, the eternal light miraculously burned for eight days rather than the expected one, symbolizing the survival of the Jewish people.

Each menorah in the museum is a personal interpretation of the Festival of Lights and its symbolism. The Italian artist Stefano Della Porta, for example, used ceramics and steel to create a menorah that appears to be made from giant burnt matches. American-born artist Robert Carroll created his menorah from olive wood, red Verona granite and brass. It has a sinuous, trunk-like base that supports eight branches that open out like a flower, each supporting a candle.

Carmi and his friends provided the first hanukkiyot for the project — Carmi’s was a silver-plated metal bar with small cups for the eight candles and the shamash — and then reached out to others for contributions.

Other artists — Jews and non-Jews, mainly from Italy but also from other countries — soon began making their own menorahs and presenting them to the growing collection. All of the works are donated, most of them by the artists themselves.

“It was like a chain of artists,” Carmi said. “And well-known artists began to be attracted.”

Among those is Arnaldo Pomodoro, one of Italy’s leading sculptors. His menorah, presented in 2013, is a horizontal metal girder that supports the nine candles and is decorated with abstract symbols.

“I tried to bring out a series of abstract, imaginary signs to create a story that would connect, on a general level, with the idea of thought, experience and memory; without, however, wanting to enter into the multi-faceted complexities of the symbology of the Jewish world,” Pomodoro describes in the catalog.

Ultimately, Carmi said, the Museum of Lights is about “Judaism, art and identity.”