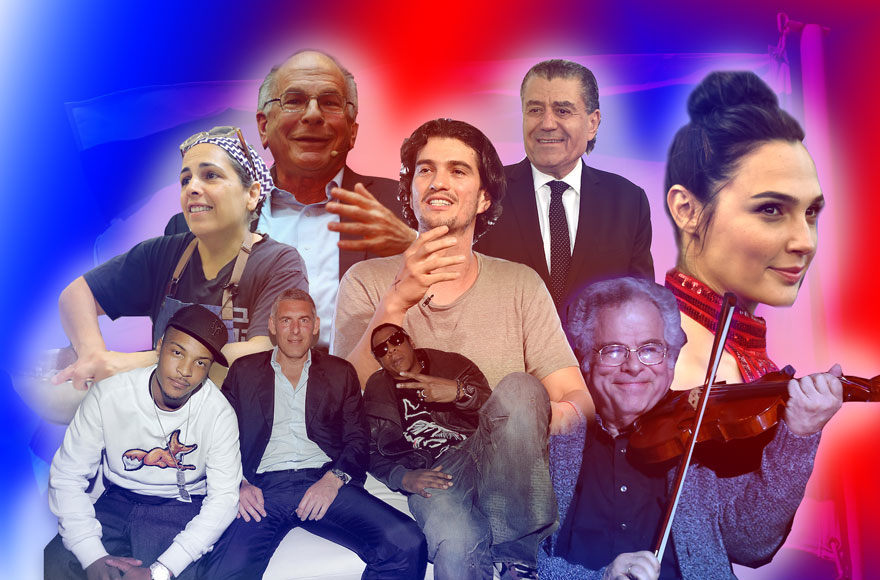 (JTA) — When Natalie Portman was named the 2018 winner of the $1 million Genesis Prize, known as the “Jewish Nobel,” it was in part an acknowledgement of her Israeli roots.

While the Oscar-winning actress mostly grew up in the United States, Portman — née Herschlag — is also Israeli. Her father, Avner Herschlag, grew up in Israel, and her mother married him there. The family moved to the U.S. when she was 3.

Portman’s facility with Hebrew was on display when she directed and starred in the Hebrew-language film “Tale of Love and Darkness,” based on the book by Israeli writer Amos Oz.

Portman is far from the only Israeli-in-America success story. Israelis have made significant contributions to just about every industry and facet of American life, from academics to pop music. Here are some of those who have had the biggest impact in American society while living 5,000 miles away from their first home. 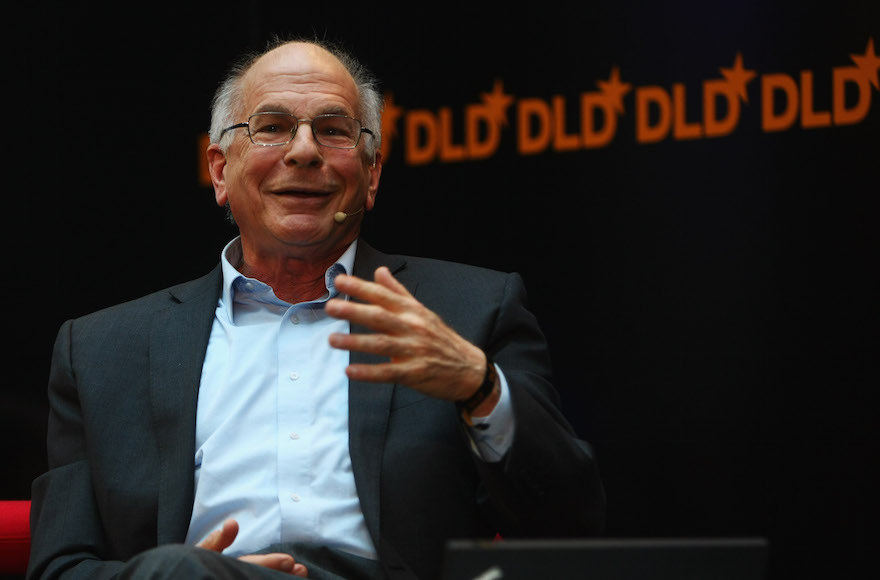 Human beings are not robots — sometimes they make irrational decisions, and they are always complex.

That idea might sound like common sense, but before economist and psychologist Daniel Kahneman started his Nobel Prize-winning work in the 1970s, economics plugged people into equations just as they would other sets of numbers. Kahneman’s work with his Israeli research partner Amos Tversky (he died from cancer in 1996) on concepts such as cognitive biases and prospect theory helped change that and effectively launched the field of behavioral economics — which in turn has influenced several other fields. His 2011 book “Thinking, Fast and Slow,” which summarized much of his research, has sold over a million copies around the world.

Few have had such an outsized impact on multiple fields of knowledge as Kahneman, 83, a Tel Aviv native who grew up in France during the Holocaust and returned to Israel for college. He became a professor at the Hebrew University in Jerusalem before moving to Canada in the late ’70s and eventually settling at Princeton University in 1993. In 2002, he won the Nobel Prize in Economics for “having integrated insights from psychological research into economic science.” 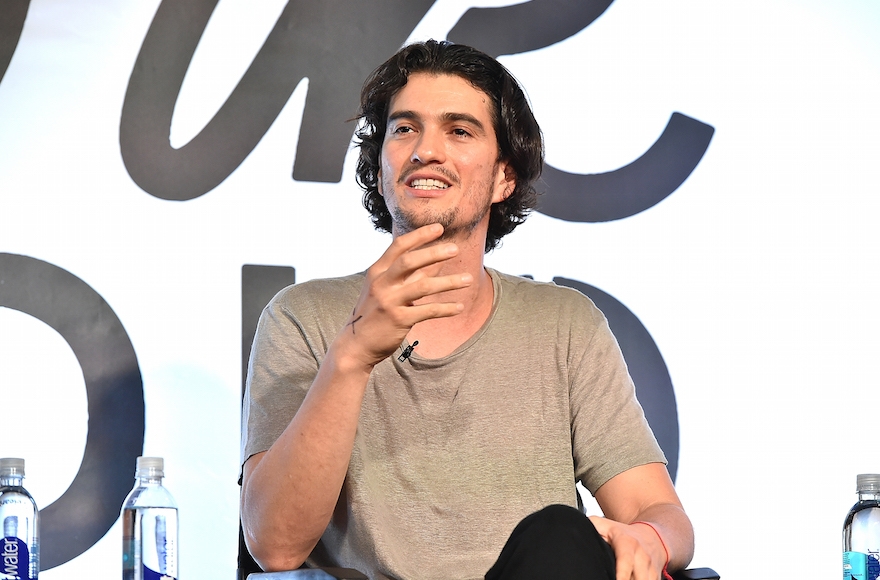 The concept of the office space has changed thanks in part to this Israeli-American entrepreneur. WeWork, co-founded by Neumann in 2010, offers an upgrade over the local cafe to freelancers, small startups and others who don’t work in an office. A WeWork space usually looks like a startup’s pipe dream, often complete with colorful couches, spacious cafe areas and air-hockey tables.

Neumann and his business partner, Miguel McKelvey, clearly tapped into a big market: Today the company has locations in 23 U.S. cities, as well as spots in over a dozen countries, and is worth nearly $20 billion. The shared workspace model seems here to stay.

Neumann, 36, actually spent his first two years in Indianapolis before his mother relocated to a kibbutz near the Gaza Strip. After growing up there and serving in the Israeli Navy for five years, he moved to New York to attend Baruch College. He dropped out with four credits left to graduate but finished his degree earlier this year. 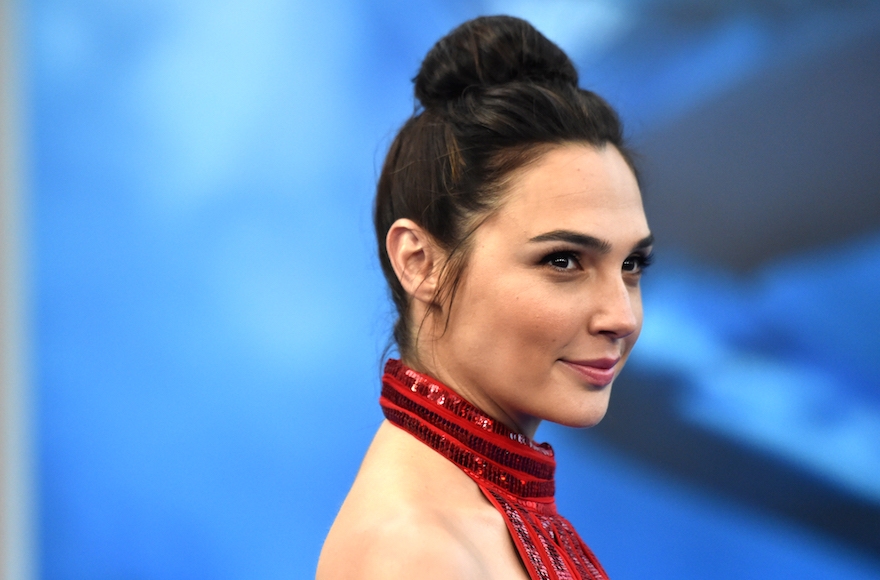 Gal Gadot at the “Wonder Woman” premiere at the Pantages Theatre in Hollywood, Calif., May 25, 2017. (Frazer Harrison/Getty Images)

There are film roles, and then there is Wonder Woman.

In male-dominated Hollywood, female superheroes are few and far between. Playing this iconic DC Comics character comes with myriad responsibilities and pressures: be a role model to women and girls, toe the line between confidence and sexiness, help the film succeed and spawn sequels.

Gadot, a former Miss Israel who had previously had small roles in a few “Fast and Furious” movies, pulled it off, turning “Wonder Woman” into a blockbuster while inspiring woman around the world. Off screen, she has earned praise for refusing to work with a producer accused of sexual misconduct.

Gadot, now 32, grew up near Tel Aviv, served in the Israeli army and only recently moved to Los Angeles. Guest-hosting “Saturday Night Live,” she spoke briefly in Hebrew to her family back in Israel — no small gesture in an era of anti-Israel boycotts. 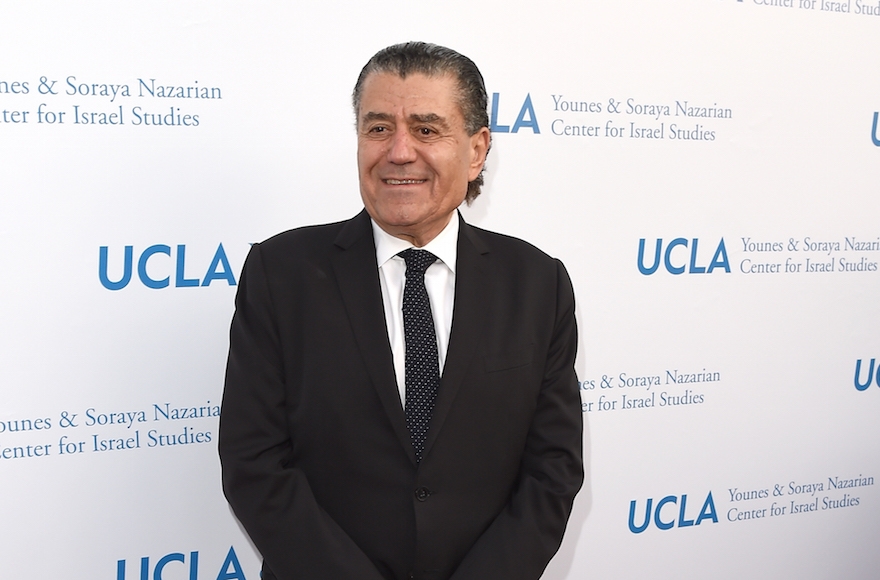 Haim Saban at the Wallis Annenberg Center for the Performing Arts in Beverly Hills, Calif., May 5, 2015. (Jason Merritt/Getty Images)

How did a guy who wrote music for cartoons become one of the most powerful media moguls, political donors and pro-Israel forces in the U.S.? The answer begins with “Power Rangers.”

Saban, who was born in Egypt but grew up in Tel Aviv, joined a band after serving in the Israel Defense Forces. He then became a concert promoter and eventually immigrated to the U.S. in 1983, where he lived a comfortable life as a cartoon music composer. He discovered “Power Rangers,” which was first a show in Japan, in a hotel room during a business trip and instantly fell in love with the campy teenage superheroes.

He immediately bought the rights to the show, but shopped the idea around to American executives for years before one — Margaret Loesch at Fox — bought it. Since the show’s debut in 1993, “Mighty Morphin Power Rangers,” has netted billions of dollars in TV profits and merchandise. Saban grew his fortune by investing in other media ventures and became one of Los Angeles’ most generous philanthropists (among other things, a research clinic at the Children’s Hospital of Los Angeles bears his name).

Saban, 73, has also poured millions into Democratic politics over the years — notably he gave Hillary Clinton’s failed presidential campaign $15 million. As a staunch Israel backer, he supports and hosts the annual Saban Forum on Israel, which brings together political leaders from the U.S. and Israel to debate topics related to the Jewish state.

Saban also was a key supporter of what became the Israeli-American Council, which aims to boost the Israeli and Jewish identity — and political clout — of Israelis living here. 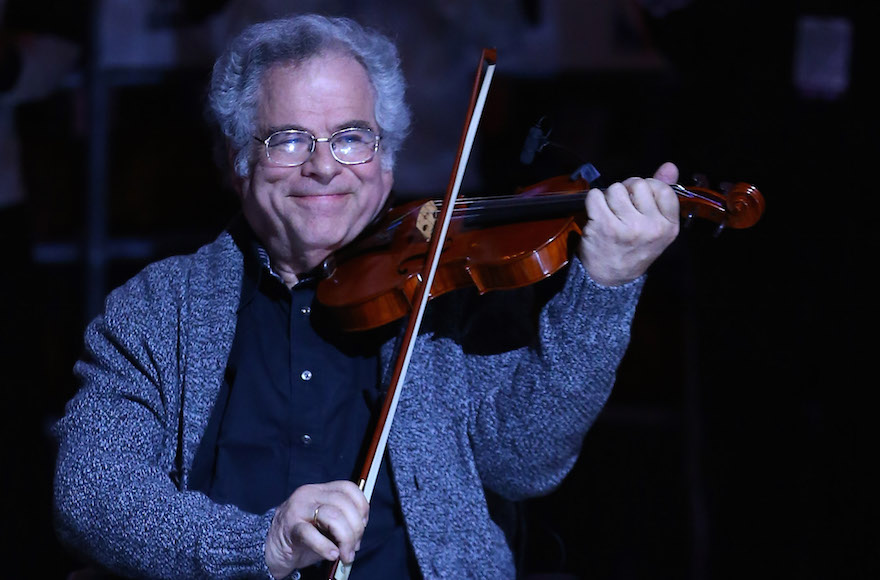 Itzhak Perlman at a game between the Brooklyn Nets and the Orlando Magic at the Barclays Center in Brooklyn, Jan. 28, 2013. (Al Bello/Getty Images)

Perlman’s introduction to the international spotlight came in 1958, when the prodigy performed on “The Ed Sullivan Show” at the age of 13. But he had already been playing the violin for about a decade — and had been living with paralyzed legs from a bout of polio for nearly the same amount of time.

Fast forward several decades, and the New York-via-Tel Aviv native has earned 16 Grammy Awards, a Presidential Medal of Freedom and the title of “world’s greatest living violinist.” As a performer, Perlman is not only known for his smooth tone and effortless finger speed — his energy and love of playing, usually communicated through a signature wide grin, has helped make him an international music icon. He also fosters young musicians through the Perlman Music Program, which he founded with his wife in 1994. 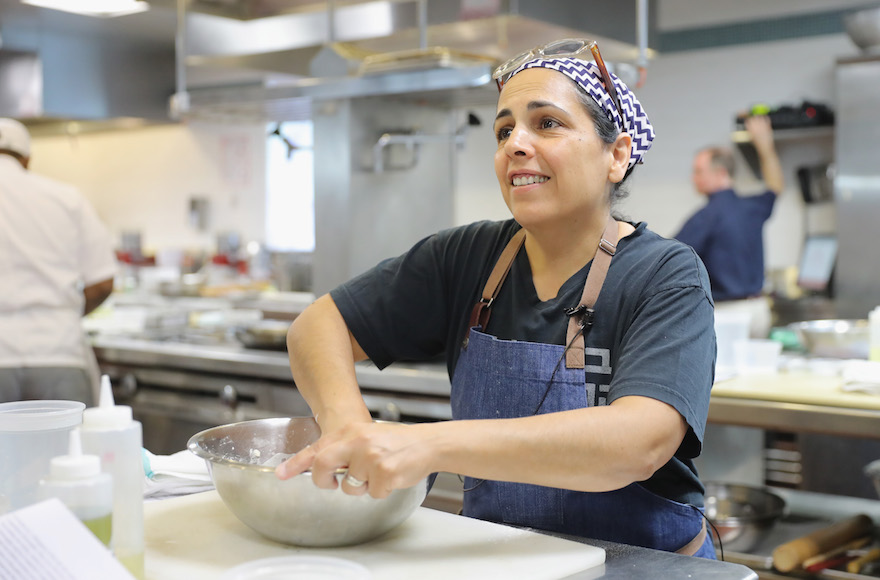 Falafel is one of the most popular foods in Israel and the rest of the Middle East. Can it take the U.S. by storm the way hummus has? If it does, Einat Admony will be one of the big reasons why.

Admony, 46, is an Israeli chef who has revolutionized the Israeli food scene in New York and plans on expanding her brand across America and the world. She is in talks to open outposts based on her popular falafel joint Taim, which puts a hip spin on the Israeli staple, in Los Angeles, Chicago, Australia and Japan.

But Admony, who moved to New York from Israel in the ’90s and worked at a slew of restaurants before opening her own, is not merely a falafel expert. Her other New York eateries, Balaboosta and Bar Bolonat, have made her one of the foremost ambassadors of Israeli cuisine in the U.S., along with fellow Israeli-Americans Michael Solomonov and Alon Shaya. Admony also plans to open a restaurant dedicated to couscous in New York named Kish-Kash. 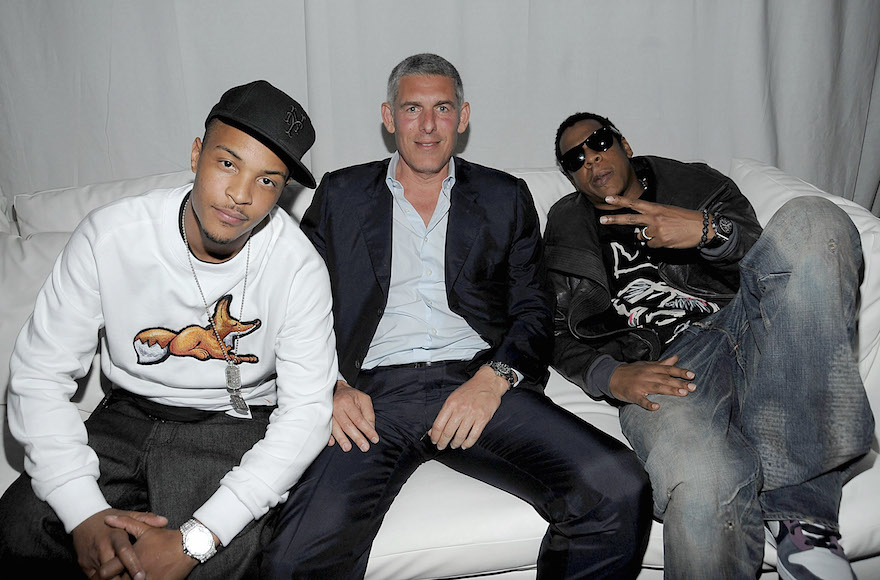 Run-DMC, Jay-Z, LL Cool J, A Tribe Called Quest, Kanye West. Those are just a few of the many rap artists Lyor Cohen helped usher into the mainstream through his many prominent roles over three-plus decades in the industry, including a tenure as the head of Def Jam Records and as chairman of the Warner Music Group.

It has been argued that Cohen, 58, was an integral part in rap’s takeover of the mainstream pop music universe. In the ’80s, just as hip-hop began its ascent to the top of the charts, Cohen worked as a manager and talent scout for Russell Simmons’ Rush Artist Management. He worked out Run-DMC’s landmark endorsement deal with adidas, one of the first commercial pacts for a rap group, and has been seen as a trailblazer ever since.

Cohen left Warner Music in 2012 to start his own label, and last year became the head of music at YouTube, where he plans to make the service compete in the streaming realm against giants like Spotify and Apple Music.

The son of Israelis, Cohen was born in New York but spent five years as a child on a farm outside Tel Aviv before moving with his parents to Los Angeles. He has shifted between American coasts ever since.