Archaeologists may have found a mikvah near Marseille 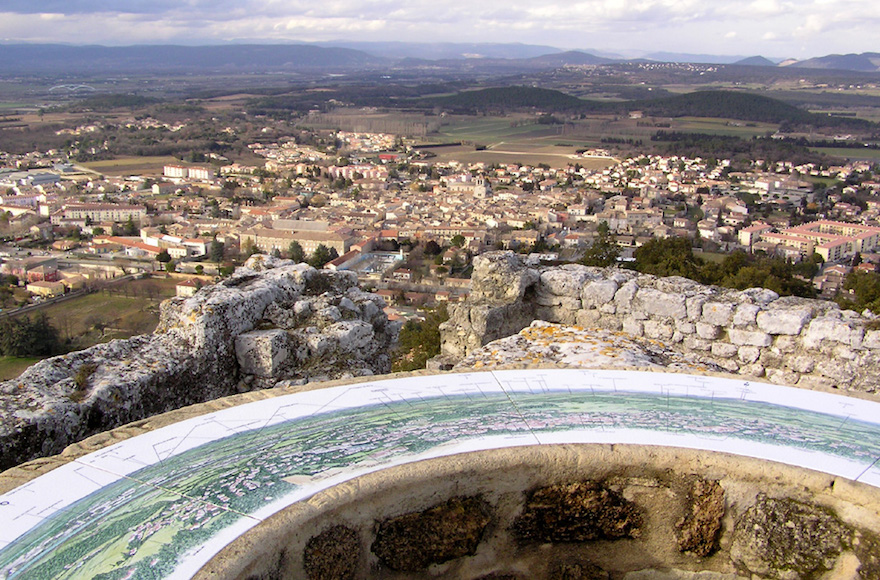 (JTA) — Two decades after the discovery of an ancient cellar near the French city of Marseille, local archaeologists said it is probably the remains of a mikvah, or Jewish ritual bath.

The researchers from the National Institute for Preventative Archeological Studies earlier this week told the France3 television channel that the cellar in the town of Saint-Paul-Trois-Châteaux was “potentially a mikvah” in medieval times.

The town, which is situated 90 miles northwest of Marseille, had a large Jewish population in the 13th century, they said.

Claude de Mecquenem, an expert in Jewish history and archaeology for the Institute, reported on two weeks of intensive research. He said that the depth of the basin inside the cellar – a space of 300 square feet – and its location at the heart of what used to be the town’s Jewish quarter suggest “it is potentially a mikvah.”

Mylène Lert, a curator at the town’s Tricastine Museum of Archeology, told France3 that she had suspected the space was a mikvah since she first descended there in the 1990s, following its discovery in renovations.

“Every time I went down there, there was always water there,” she said. “And considering that a Torah ark was discovered in a house next door, the clues suggesting that this is a mikvah are starting to add up.”

The Jews of southern France were allowed to stay only in four locales after the Great Expulsion of French Jewry, decreed by King Philip IV of France in 1306, according to Ram Ben-Shalom, a historian and lecturer at the Hebrew University of Jerusalem specializing in the Jewry of Provence. Saint-Paul-Trois-Châteaux was not one of them.

Jews were allowed to live in closed, guarded and crowded ghettos, known as “carrieres,” in Carpentras, Avignon, Cavaillon and L’Isle-sur-la-Sorgue because these locales were on lands owned by the pope, who took in Jews in exchange for payment.