Russian official reiterates claim that Jews killed the czar in 1918 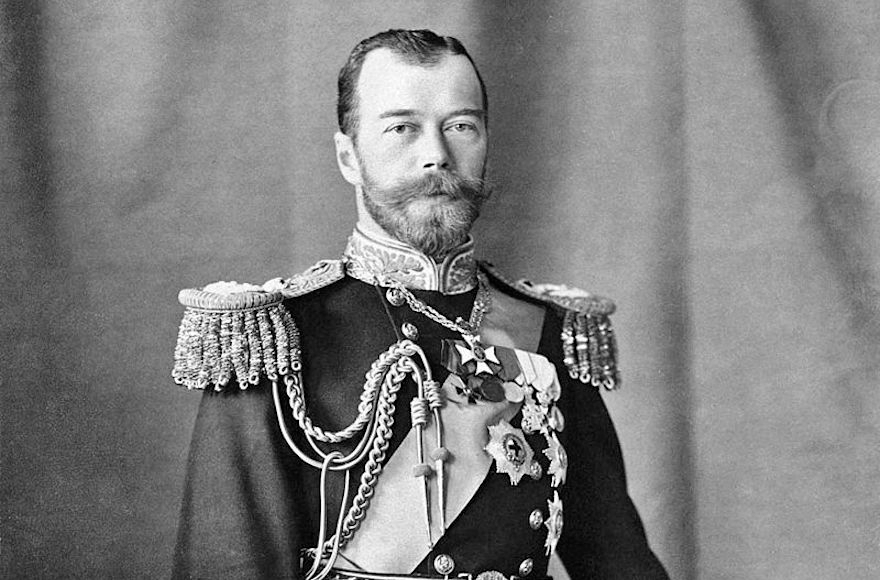 Marina Molodtsova, a senior investigator for a special ministerial committee on the 1918 slaying of Nicholas II of Russia, said Monday at a Moscow conference that her committee will conduct “a psycho-historical examination” to find out whether the execution of the royal family was a ritual murder, Ria Novosti reported.

At the same event, Father Tikhon Shevkunov, a Russian Orthodox Church bishop, said that, according to “the most rigorous approach to the version of ritual murder, a significant part of the church commission [on Nicholas II’s killing] has no doubt that this murder was ritual.”

The Federation of Jewish Communities of Russia, a Chabad-affiliated group with more than 100 affiliated communities across Russia, in a statement Monday called the suggestion a “shocking expression of an anti-Semitic myth.”

“We all think of this as absolutely unacceptable,” the federation’s spokesman, Boruch Gorin, told Interfax, and “shocked first and foremost by the sheer absurdity of the allegations.”

The Euro-Asian Jewish Congress also condemned the comments in a statement Tuesday.

Claims that Nicholas was killed by Jews for ritual purposes had been limited before the conference to a fringe of zealous anti-Semites and promoters of unsophisticated conspiracy theories.

Amid rising nationalism and nostalgia for czarist times in Russia under President Vladimir Putin, a Russian court in 2010 ordered prosecutors to reopen an investigation into the murder of the czar and his family although the Bolsheviks – the radical wing of the Communist Party that eventually led it following the 1917 Russian Revolution — believed to have shot them in 1918 have been dead for many years.

The outsized prevalence of Jews in the ranks of the revolution has remained a mainstay of anti-Semitic vitriol in the area. During the Holocaust, it served as a pretext for the murder of countless Jews across Eastern Europe by self-proclaimed enemies of communism and Russia, despite the fact that communists already then severely oppressed Jews and any public expression of their faith.

The role of Jews in the revolution is still being used today to incite hatred against local Jews, including among devout Christians who were persecuted by the anti-religious Soviet authorities.

Nicholas II’s killers were “obviously committed atheists who rejected any belief in any force – except their own,” said Gorin, a senior aide to Berel Lazar, a chief rabbi of Russia. But the blaming of Jews for the czar’s death is “an absolutely anti-Semitic myth used in anti-Semitic propaganda for several decades, which is why the Jews view this with great concern.”