Florida man to be hospitalized, serve prison time for plot to bomb synagogue 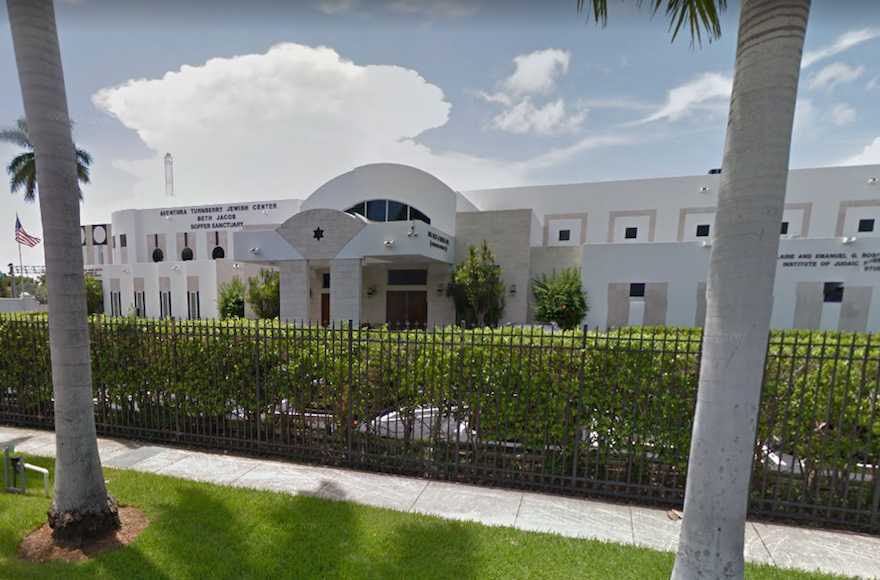 (JTA) — A South Florida man who pleaded guilty to plotting to bomb a Miami-area synagogue and Jewish school will undergo medical treatment and serve time in prison.

James Medina, 41, is expected to serve up to 25 years in prison, a judge ruled Tuesday.

The prosecution and defense reached an uncommon deal in which Medina will likely spend the first part of his sentence in a medical facility, The Sun-Sentinel reported. Medina has been diagnosed with schizoaffective disorder and a brain cyst.

The FBI arrested Medina in April 2016 while he was approaching the Aventura Turnberry Jewish Center with what he believed was a bomb. An FBI informant had furnished Medina with the real looking but fake bomb.

According to prosecutors, Medina initially planned to attack the 800-member Conservative synagogue and its school with assault rifles on Yom Kippur and was hoping to inspire other Muslims to commit terrorist attacks.

At his sentencing he seemed to blame his plot to attack the Jewish institutions on his mental state.

“I lost my mind, I lashed out,” Medina said, according to The Sentinel.

He said he had been struggling with the aftermath of a fraught divorce and decided to convert to Islam.