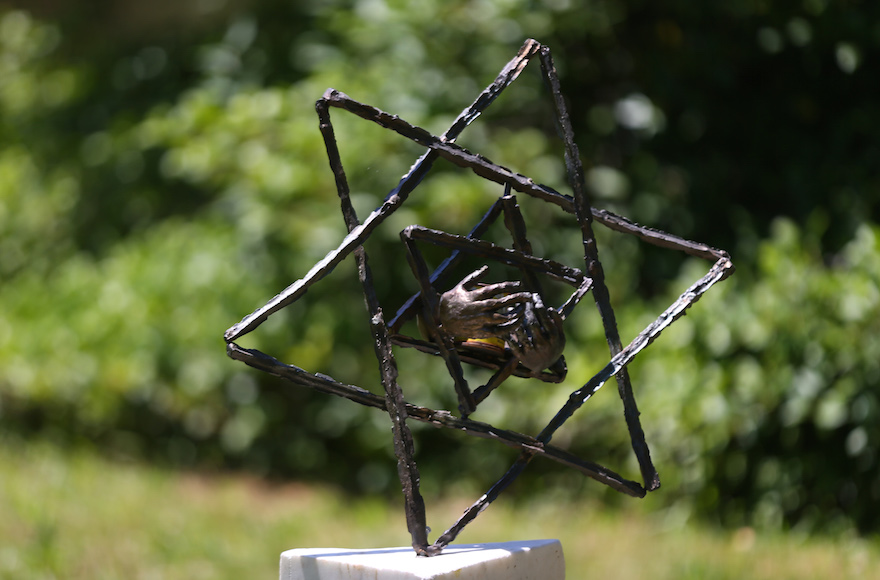 (JTA) — A Massachusetts teen was arrested in connection with the theft of part of a Holocaust memorial sculpture from a cemetery in Milton, Massachusetts.

The missing part of “Myriam’s Memorial,” which depicts a child’s hands inside two bronze Stars of David, was recovered last month, more than a year after it was stolen from its pedestal at the Milton Cemetery, police announced late last week.

The memorial was created by sculptor Frank Manasse, to memorialize his sister who was killed in a Nazi death camp during World War II, as well as the other 1.5 million children killed during the Holocaust. It was stolen on Sept. 19, 2016.

The arrested man, 19, who is unnamed because he was a minor at the time of the theft, reportedly stole the statue to give it to a friend as a gift, local media reported. He reportedly is cooperating with police.

Authorities do not believe the theft was motivated by hate, bias or anti-Semitic sentiment, according to NBC Boston.

“No information has been developed at this point that would lead the Milton Police Department to believe that this crime was motivated by hate, bias or anti-Semitic sentiment. Should additional information develop, those avenues would certainly be explored,” police investigators said in a statement.

Police plan to charge the man with larceny over $250 and destroying or defacing a grave or memorial to the dead,” the Patriot-Ledger newspaper reported.