A classic play sounds more American when it is performed in Yiddish. Go figure. 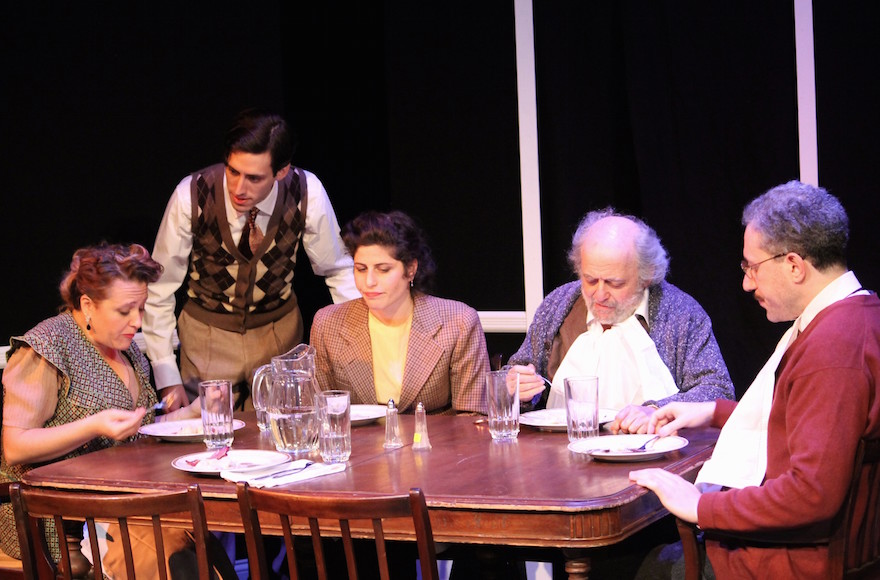 NEW YORK (JTA) — Everything I love about the playwright and screenwriter Clifford Odets is found in the opening line of his 1935 play “Awake and Sing!”: “Where’s advancement down the place?”

The line is said by Ralph, the thwarted son in a struggling Bronx Jewish family in the heart of the Depression, in that wonderful, weirdly Yiddishesque language Odets created for Broadway and Hollywood. It means something like “I can’t get a promotion at work!” — but there’s no music in a sentence like that.

It’s the music heard in Odets’ 1957 screenplay for “The Sweet Smell of Success,” in which the sleazy denizens of New York’s nightclub society sound like they’re speaking Shakespeare translated into Yiddish then back into English.

“My experience I can give you in a nutshell, and I didn’t dream it in a dream, either — dog eat dog,” says Sidney Falco, the hustling PR man played by Tony Curtis. “In brief, from now on, the best of everything is good enough for me!”

And if it takes you a minute to figure out what a character like Ralph or Sidney is saying, that was part of the point: Odets created a version of English that sounded both familiar and alien because he wanted his working-class Jewish characters to sound both familiar and alien. Odets made his name in the ’30s in the proudly left-wing Group Theatre writing kitchen-sink dramas that transformed his own poor Jewish upbringing into a universal call for justice and fair play. When plays like “Awake and Sing!” and “Golden Boy” opened on Broadway, they thrilled and scandalized audiences with their risque content and occasionally radical politics.

So what happens to “Awake and Sing!” when you lose Odets’ conceit, and instead of characters speaking English as if they are speaking Yiddish, the characters actually speak Yiddish? That’s the challenge of a new staging of the play by New Yiddish Rep at Manhattan’s 14th Street Y, where a 1938 Yiddish translation of the play by Chaver Paver is being staged through Dec. 24. Performing Odets in Yiddish might sound both redundant and self-defeating, but it works. Thanks to an excellent cast and a sudden relevance for the play Odets couldn’t have dreamed of, something is definitely gained in the translation. 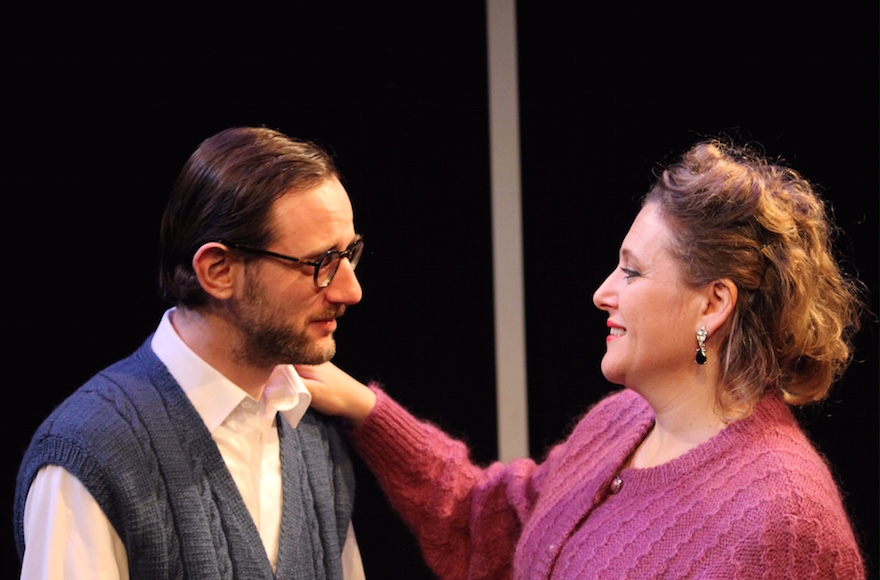 I don’t speak Yiddish, but know enough Hebrew and Leo Rosten that I can hear how a Yiddish sentence gets from here to there. (The New Yiddish Rep production is presented with English supertitles projected above the stage.) Characters wail, flatter, gripe, coo, criticize and crow in the mameloshn. It’s a music all its own.

You do miss cockamamie Odets lines like “In life there’s two kinds — the men that’s sure of themselves and the one who ain’t! It’s a time you quit being a selling-platter and got in the first class.” (What’s a selling-platter? Who knows — but you get the point!)

But you gain something else: a connection to the Jewish past — and the political present.

The Jewish past is coded into Yiddish — not just because it is the language that Bubbe and Zayde spoke, but because it is a river that swept up and grew swollen on the history of the Jews going back to the Israelites. When Jacob, the fiery Marxist grandfather in the play, quotes Isaiah (and gives the play its title), the Hebrew recalls how Cynthia Ozick once described a similar moment in Sholem Aleichem’s Tevye stories: “the six scant Hebrew syllables instantly call up … the full quotation, the tremor or memory aroused by its ancestral uses.” The Bergers have always been a Jewish, if highly assimilated family; the Yiddish reminds you how Jewish they are.

As for the present: No play about immigrants can avoid sounding topical in this age of travel bans and deportations. The Bergers may speak Yiddish at home, but let you know they speak English out in the world. They’ll lapse into English when they need to, as when Ralph is on the phone with a girlfriend, or when they want to, as when the conniving boarder Moe delivers his tag line, “Don’t make me laugh!” An “insurance policy” is an insurance policy, and “Teddy Roosevelt” is Teddy Roosevelt. A younger character like the daughter Hennie toggles between Yiddish and English, and is reluctant to marry a “greenhorn” (or “griner” in Yiddish), an immigrant only three years off the boat. This is the immigrant’s anxiety: eager to fit in, and sometimes disdainful of newer immigrants who remind them of their vulnerability.

It’s impossible to watch a struggling family crowded into a small apartment, speaking a”foreign” language, and not be reminded of the different families, from other countries, who would replace them. This is a play about immigrant dreamers meeting a harsh reality. It’s about a system that needs strong backs and cheap labor — until it doesn’t. The Yiddish in this “Awake and Sing!” makes it a more particular story and, Odets would no doubt kvell, a more universal one.