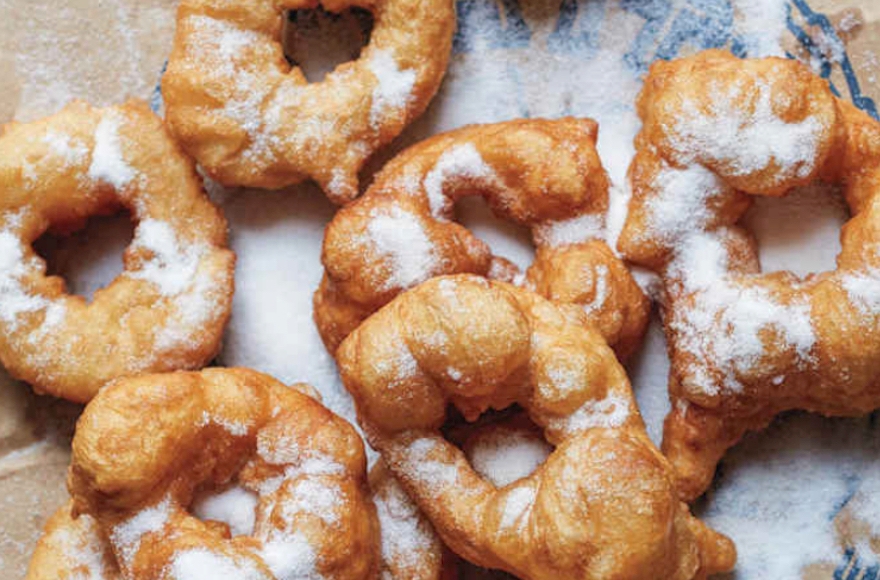 TEL AVIV (JTA) – The sufganiyah is the plump, shining star of Hanukkah in Israel.

During the holiday season, the famed jelly doughnut poses in the windows of cafés and bakeries across the country. It sparkles with oil and sugar, and shows just enough filling to keep fans interested.

Every year, top chefs compete to give the sufganiyah an edgy new twist, whether its cheesecake filling, mascarpone topping or a chocolate-filled squeeze tube accessory. Israeli TV channels, newspapers and social media are filled with close-up shots and reviews of the most enticing innovations.

Meanwhile, in homes across the country, Israelis quietly fry up a humbler Hanukkah doughnut called the sfinj. The confection hails from North Africa, and is a favorite of Jews whose families came to Israel from the region. But even European Jews have adopted the sfinj and helped push it toward the limelight.

Part of the appeal of sfinjim, the plural for sfinj, is that they are easy to make. Simply take a dollop of dough, poke a hole in the middle and deep fry in vegetable oil. The doughnuts can then be dipped in honey and coated in sugar, usually of the powdered variety.

Israelis of North African descent prepare sfinjim for holidays and special occasions. Dan Illouz grew up in Montreal, where his family ate the doughnuts during the eight nights of Hanukkah. When he immigrated to Israel eight years ago, he was dismayed that he could only find sufganiyot, so he began making sfinjim in his kitchen to celebrate the holiday.

During Hanukkah in 2010, Illouz, a 31-year-old public relations manager in Jerusalem, invited a handful of friends over to enjoy the doughnuts with him. Word spread quickly: Last year, about 400 people showed up at his three-bedroom apartment for what has become an annual sfinj party. Illouz expects at least as large a crowd for the third night of this Hanukkah, Dec. 14.

To feed the masses that show up throughout the night and spill into the street, Illouz begins preparing at around 7 a.m., 12 hours ahead of time. He estimated that he fries up about 150 of the doughnuts. It’s first come, first serve.

Sfinjim are of course at the center of the event, but Illouz also serves sweet couscous and store-bought Moroccan cookies and beverages. He puts on Moroccan music to set the mood, and when the sun sets, he and his guests light the menorah candles. Needless to say, sufganiyot, plural for sufganiyah, are not on the menu.

“I’m not ideologically opposed to sufganiyot,” he explained, “but I do prefer sfinjim. They’re just simpler, and they’re not quite as unhealthy.” 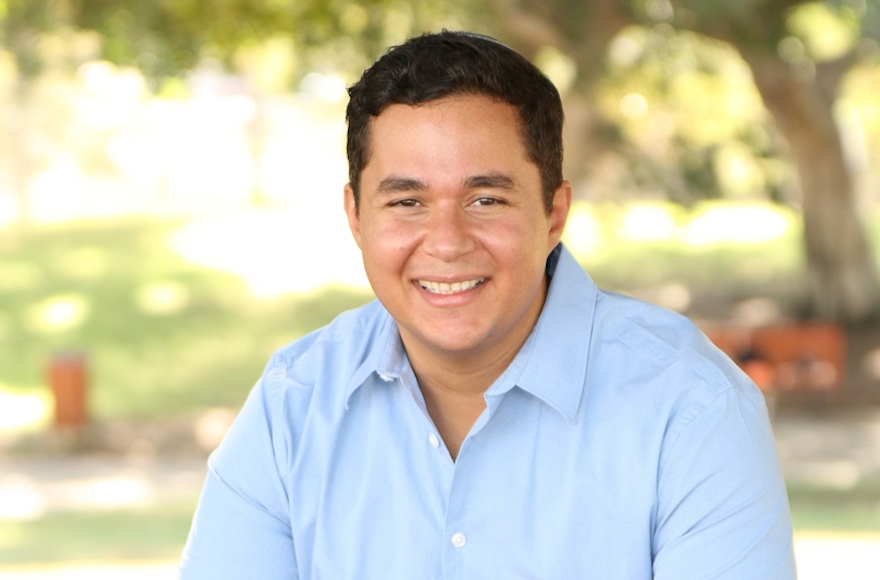 Illouz said his sfinj party is an expression of both Moroccan and Israeli pride, a duality that has become easier to reconcile in recent years. While Mizrahi Jews, or those with roots in North Africa and the Middle East, were long a socioeconomic underclass that faced systemic discrimination in Israel, their culture has lately experienced something of a renaissance.

Illouz said the new hipness of Moroccan traditions is probably part of what draws so many people to his sfinj parties.

“There’s definitely an element of that in the fact that people get excited about the party. People want to have a taste of this culture,” he said. “What I think is really beautiful is that all Israelis are able to enjoy it.”

About half of Israelis are now of Mizrahi descent, though the numbers are becoming blurred by marriage with Asheknazi, or European Jews, and others. Mizrahi music dominates the Israeli airwaves, with some musicians even singing in Arabic. Mizrahi cuisine, from falafel to shakshuka, is not only popular street food, but is also big at high-end restaurants and on popular cooking TV shows. And Mizrahi celebrations, like the post-Passover Mimouna feast and the henna pre-wedding bridal shower, have been embraced by the mainstream.

Of course, Mizrahi Jews have been contributing to Israeli culture for decades, whether or not it was always appreciated. Some credit them with bringing the tradition of Hanukkah doughnuts to the Jews of Palestine in the first place. According to this theory, sfinjim were then largely superseded by deep-fried Eastern European jelly doughnuts similar to today’s sufganiyot. (The oil is a nod to the Hanukkah legend in which the ancient Temple’s menorah stayed lit for eight days on a one-day supply of lamp oil.)  The Arabic word “sfinj,” meaning sponge, was replaced by “sufganiyah,” a Hebrew word sharing the same root.

Uri Scheft, a co-owner and chef at the high-end bakery chain Lehamim, learned to make the doughnuts from his wife, whose mother immigrated to Israel from Morocco. He included a sfinj recipe in his 2016 cookbook “Breaking Breads: A New World of Israeli Baking,” which celebrates the cuisines produced by the “melting pot” of Israeli society.

Scheft said he has planned for many years to serve sfinjim at his bakeries. But he would first want to set up a prep area so he could serve them fresh to customers.

“The character and the structure of sfinjim is very light, which make them very tasty, but only if they are eaten right away,” he said. “I think this is why bakeries shy away from serving them.”

While it is hard to find a hot sfinj for sale in Israel, it is not impossible.

Keren Kadosh, a pastry chef with a Moroccan background, occasionally serves them at her bustling downtown Jerusalem bakery, Café Kadosh — often in response to requests. At the same time, her lifetime of eating the doughnuts has shaped the way her bakery prepares sufganiyot, which it serves at a rate of a 1,000 day during Hanukkah.

“When the the sufganiyot come out of the fryer, we role it in sugar, and we get that exact same crunch, sweetness and texture,” she explained. “So in a way, we’re participating in the Moroccan culture of blessing each other, which has also become Israeli culture.”