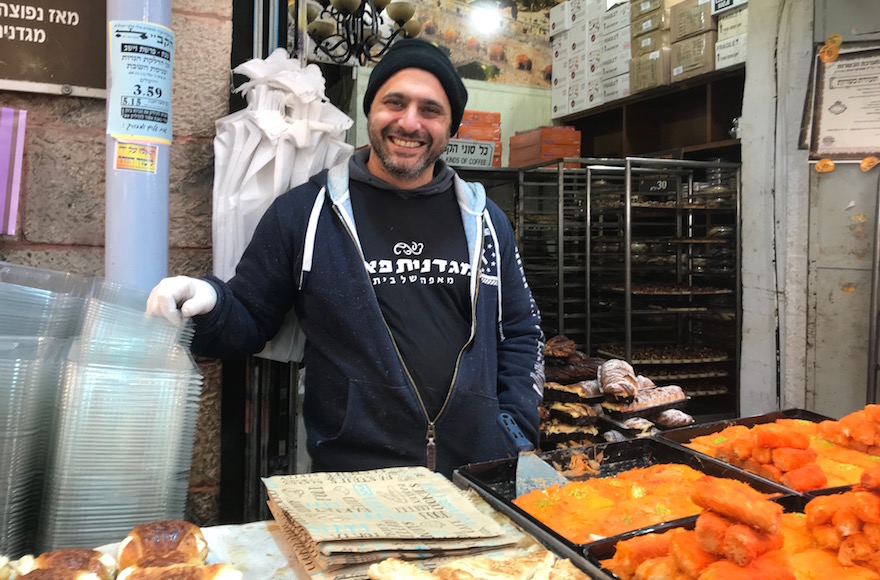 JERUSALEM (JTA) — President Donald Trump’s official recognition of Jerusalem as Israel’s capital sent shock waves across the Middle East. But here, in the epicenter of a city where approaching a million people work, eat, pray and shop, the first day’s reaction was muted.

The municipality projected images of the Israeli and American flags side by side on the Old City walls. But in Mahane Yehuda, the bustling produce and everything-else market a few miles into the city’s western side, it was another working day.

While Jews generally welcomed the development, and Arabs expressed anger, nobody seemed to think the U.S. president would fundamentally change the situation in Israel — for better or worse. A number of others had not even heard about the historic shift in U.S. policy.

Shay, 40, a black kippah-wearing nut seller and longtime local, understood the U.S. to be backing Israel’s claims to Jerusalem as its “undivided capital,” including the mostly Palestinian neighborhoods of eastern Jerusalem. Never mind that the White House in fact explicitly left open the question of the city’s borders.

Shay said Trump had shown that he understands Israelis’ national and religious ties Jerusalem as well as their emotions regarding the city. Israel has claimed and used the city as its capital since shortly after the country’s founding in 1948, and Jews have for millennia revered Jerusalem as the center of their ancient homeland.

“After all these years, we finally have somebody who feels what the Israelis feel,” he said. “Trump has a warm heart for Israel and he does what he says he is going to do.

“Here in Israel, we love him more than we love Bibi Netanyahu,” he added, using Prime Minister Benjamin Netanyahu’s nickname, “and we love Bibi a lot.”

But Shay said the significance of Trump’s announcement was mostly symbolic. Although the U.S State Department and others warned of Palestinian violence, he said he was not worried because Arabs respect power.

“They know only one thing,” he said. “When you are strong, they don’t do anything. When you’re a sissy, they are coming.”

Asked why he did not want to use his last name, Shay explained, “I have many Arab customers. Better not to make them mad.”

Bassam Hoshiah, a 36-year-old Arab Israeli who lives in a village near Jerusalem, was selling nuts, too, from a stall directly across from Shay’s. He agreed that Trump was siding with Israel, but he said it was a U.S. betrayal of the Palestinians, who also have historic and religious ties to the city and claim at least the eastern half for the capital of their hoped-for future sate.

Arguing that “Jerusalem is for everyone,” Hoshiah predicted there would be a spike in terrorism in response to Trump’s speech. 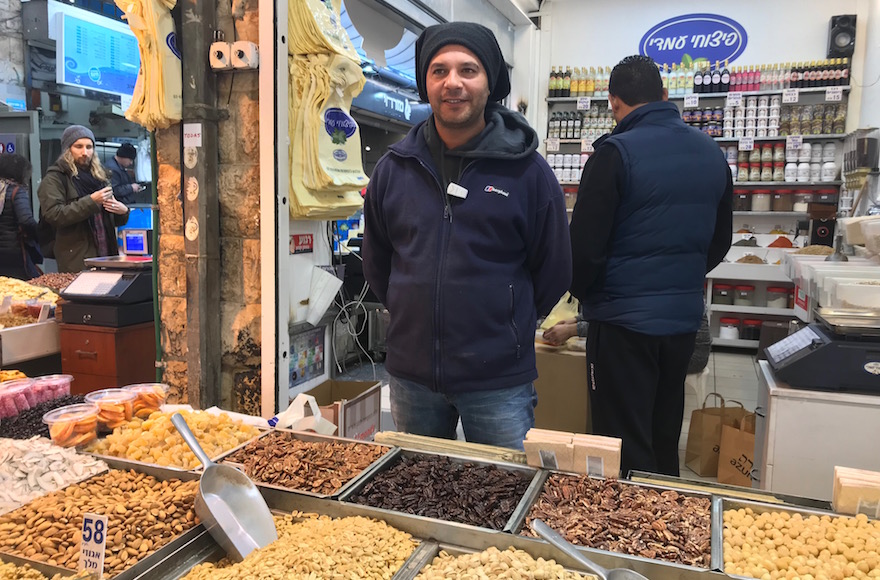 “There will be a ‘balagan’ in the Old City and the West Bank,” he said, using Hebrew slang for “a chaotic mess.”

However, Hoshiah said he did not think the violence would spread across Jerusalem, let alone the country. As he loaded a large bag of nuts into an elderly Jewish woman’s pushcart, he said he planned to show up for work the next day as usual.

There was not much support in the market for Israeli Prime Minister Benjamin Netanyahu’s interpretation of Trump’s announcement as a step toward peace. But nor did anyone seem to think it would derail the president’s regional diplomacy on behalf of the “ultimate deal,” as he has called it, between the Israelis and Palestinians. The prevailing attitude was resignation to the status quo.

Uzi Sharabi, a 40-year-old baker from the West Bank settlement of Maale Adumim, said he was happy to have “the big man” on Israel’s side, but that peace was not in the cards. He said Israel would be able to deal with any flareup in terrorism.

A recent survey by Israel’s Maariv newspaper found that nearly 80 percent of Israelis believe peace is not possible, despite Trump’s efforts.

A young soldier from Jerusalem, who asked to remain anonymous because the army forbids enlistees from engaging in politics, said he of course agrees with Trump that Jerusalem is the capital of Israel. But he questioned whether it was the right time to make the declaration. The soldier worried it would result in a Palestinian uprising that would put him and his comrades at risk without any tangible reward. 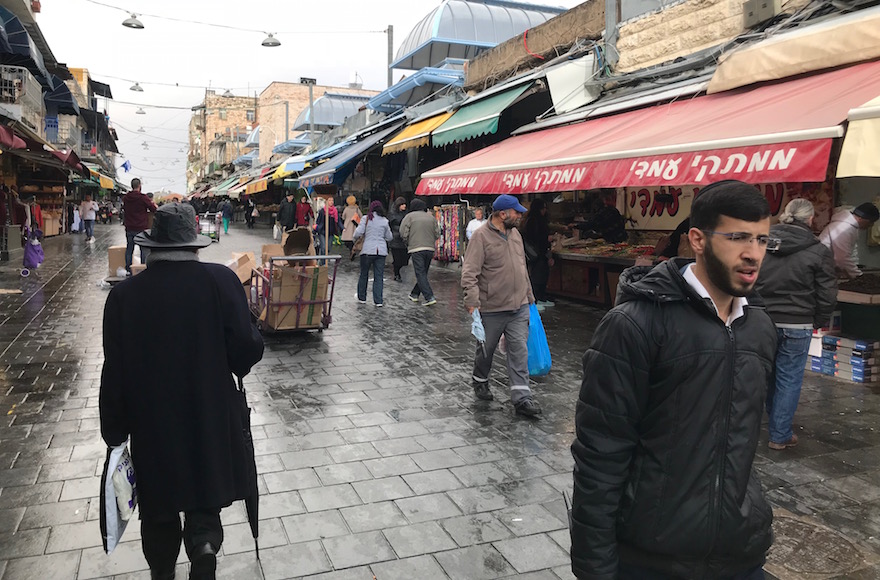 “It’s a fact that it will cause violence. Everything here causes violence, especially in Jerusalem,” he said. “We already know this is our capital. So isn’t peace more important?”

Hoshni Barazan, a 38-year-old fruit vendor who lives in the Mount of Olives neighborhood in mostly Palestinian eastern Jerusalem, said Trump could not give away what did not belong to him, and that Israel would pay the price in bloodshed.

“Can you give this to whoever you want?” he said, holding up one of his strawberries. “No. Because it’s mine, not yours.

“It’s the same with Al-Aqsa,” he continued, referring to the mosque on the Temple Mount, which has long been a flashpoint in the Israeli-Palestinian conflict.

When reminded that the city has a Jewish majority, Barazan said the whole country rightfully belongs to the Palestinians. But his heart did not seem to be in the conversation anymore.

“How are the strawberries selling today?” he shouted affectionately at a knit-kippah-wearing fellow vendor who was passing by.

“Better than yours,” the man retorted, grinning.