Al Franken says report he is quitting the Senate is premature 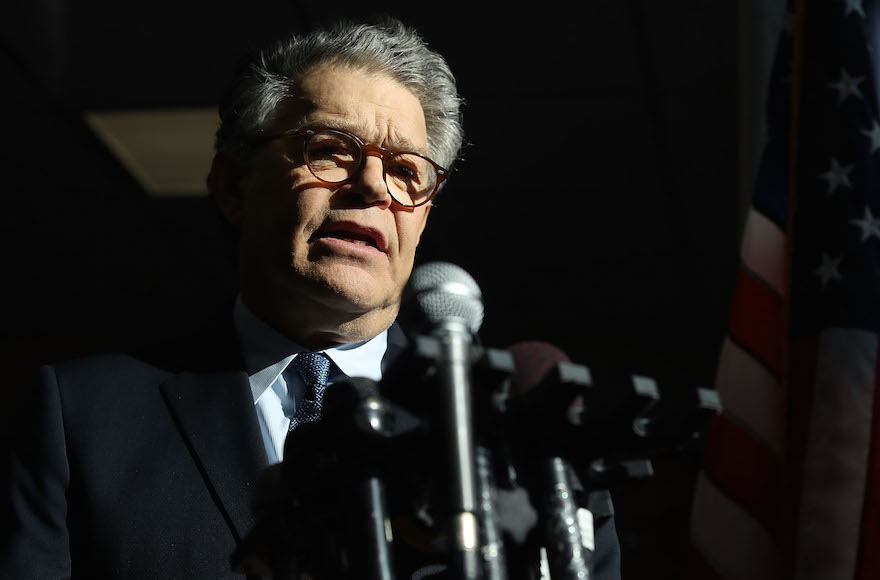 Al Franken speaking to the media after returning back to work in the Senate on Capitol Hill, Nov. 27, 2017. (Mark Wilson/Getty Images)
Advertisement

WASHINGTON (JTA) — Sen. Al Franken denied a report that he had decided to quit the Senate after a seventh woman alleged sexual misconduct and half the body’s Democratic caucus said he should go.

Minnesota Public Radio quoted an official who had spoken to Franken as saying he would quit on Thursday, but Franken denied it on Twitter.

“No final decision has been made and the Senator is still talking with his family,” Franken’s Twitter account said late Wednesday. “Please update your story.”

Not accurate, @mpr @Stowydad. No final decision has been made and the Senator is still talking with his family. Please update your story.

Franken’s status seemed increasingly untenable after a report emerged Wednesday of a seventh accuser. Half of the Democratic caucus called on him to step down, including Sen. Charles Schumer of New York, the minority leader. Franken and Schumer are both Jewish.

An unnamed former Democratic congressional aide told Politico in a story published Wednesday that Franken tried to forcibly kiss her after a taping of his radio show in 2006, three years before he became a U.S. senator.