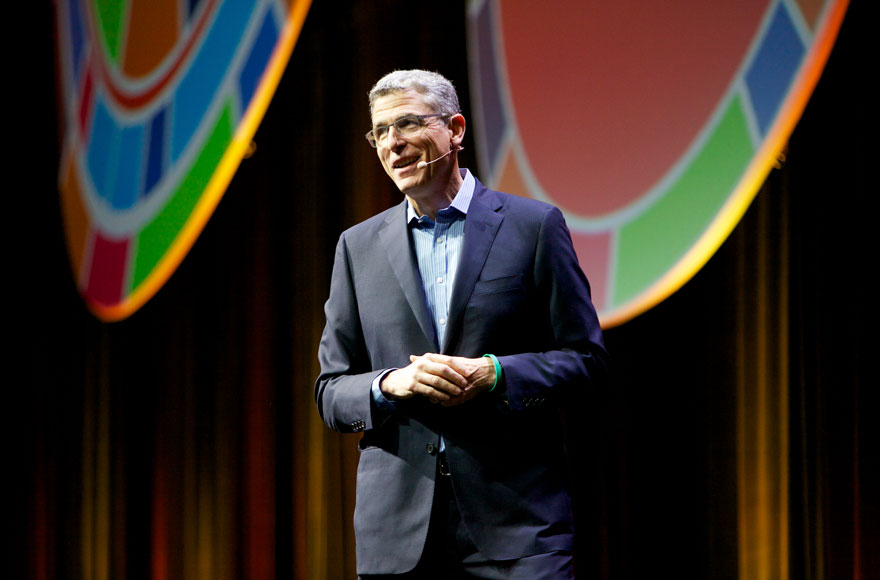 BOSTON (JTA) – President Donald Trump’s decision to recognize Jerusalem as the capital of Israel became an unexpected agenda item as 6,000 members of the Reform movement from across North America gathered here for their four-day convention.

Addressing the Union for Reform Judaism’s 2017 biennial on Friday, Sen. Elizabeth Warren, D-Mass., said the announcement two days earlier by Trump may make it more difficult to achieve peace between the Israelis and Palestinians.

“Jerusalem is the capital of Israel, and diplomacy between Israelis and Palestinians should determine the final status of Jerusalem for all parties,” Warren said to loud applause from the gathering. “I believe a two-state solution remains the best chance for peace for all who remain in the Holy Land. I also believe neither the U.S. nor any other outside power should impose a solution, and that is why I am concerned about Trump’s decision, which I believe makes it more difficult to reach that goal.

“If the president is serious about peace, I urge him to produce a comprehensive strategy to achieve it. That is what American leadership demands. That is what the Israelis and Palestinians deserve.”

Warren’s remarks echoed those of the Reform movement itself, which called Trump’s announcement on Jerusalem and moving the U.S. Embassy to the city “ill-timed.” While Trump’s announcement affirmed the movement’s view that “Jerusalem is the eternal capital of the Jewish people and the State of Israel,” its leaders “could not support the decision” to move the embassy “absent a comprehensive plan for a peace process.”

In remarks during Saturday’s Shabbat service, URJ President Rabbi Rick Jacobs said, “Before this decision, we expressed our serious concern – never, never about the concept — but about the timing of these actions” — that is, absent a “broader strategy that enhances the two-state solution.”

He added: “Now that the decision has been made, our movement stands in solidarity with this recognition. Jerusalem is, in fact, the capital of Israel. That is how it should and must be.”

URJ’s criticism about the timing of the announcement contrasted with the full-throated welcome for the move by most of the largest Jewish groups, something Israeli diplomats noted in a session at the biennial on ways local congregations can work with local Israeli missions..

“We were taken aback by the official position of the URJ. We are a little concerned,” said Akiva Tor, head of the Israeli Foreign Ministry’s Bureau for World Jewish Affairs and World Religions based in Jerusalem.

The debate that followed the comments from Tor and his diplomatic colleagues was interesting and appropriate, according to Mark Pelavin, URJ’s chief program officer and biennial director, who attended part of the workshop and heard this discussion.

In a phone call Friday, Pelavin said he was glad Tor and others felt comfortable raising their concerns.

“I hope they listened carefully to the responses they got from several delegates in the workshop. It doesn’t do any good not to have these conversations,” he told JTA.

Relations were already strained between the Reform movement and the Israeli government before this week’s announcement. The government had angered the non-Orthodox movements by freezing a plan to expand non-Orthodox and egalitarian prayer options at the Western Wall and moving to strengthen the Orthodox monopoly over conversions in Israel.

Tor noted the imperative to move forward regarding religious pluralism.

“I’m concerned this will harm it,” he said of the disagreement over Jerusalem.

On Thursday night, noted Israeli writer David Grossman said there is a “deep fracture” between non-Orthodox Jews and the Orthodox hierarchy in Israel that questions the Jewish identity of those in the Reform movement.

Grossman, winner of the prestigious 2017 Man Booker Prize for his newest novel, “A Man Walks Into a Bar,” said those who call on Reform Jews to cut their support to Israel are mistaken, however. This is not a time to hold back, he urged the body.

“This is the moment for a historic change, to make your presence known in Israel as never before,” Grossman said.

In his Shabbat sermon on Saturday morning, Jacobs said the movement will focus on deepening its engagement with Israel, by encouraging  trips to Israel by young people and congregations and urging  Israeli politicians and thought-leaders to learn more about non-Orthodox Jewish life in the United States. Jacobs said that the movement intends to double its financial investment in expanding Reform Judaism in Israel by 2019.

“We should never shirk our obligation to raise objections to policies that weaken Israel’s Jewish democratic core and undermine prospects for Israeli-Palestinian peace,” he said. “But we must simultaneously help our people fall in love with Israel, with her diverse and remarkable people, her founding vision, her creativity in its scientific, business and cultural achievements and so much more.”

In his keynote address Thursday, he announced a series of proactive steps to prevent sexual harassment, and outlined new Reform initiatives to engage college students, young couples in their post-college years and families with young children.

“The question before us right now is whether we will keep our movement moving, our Jewish life lively – or risk evaporation,” he told the gathering. 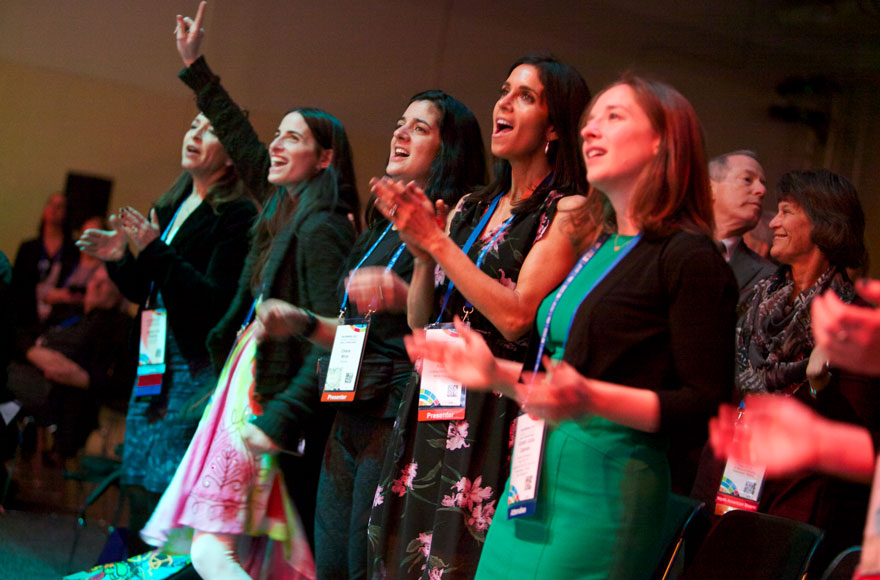 Delegates to the URJ 2017 biennial in Boston included Reform Jews from 500 congregations, 51 states and territories, six Canadian provinces and 12 additional countries, according to the URJ. (Courtesy of the Union for Reform Judaism)

The record Reform gathering has attracted delegates from 500 congregations, 51 states and territories, six Canadian provinces and 12 additional countries, according to the URJ. Delegates include clergy, educators, lay leaders, youth leaders, and high school and college students.

Among them is Benjamin Cohen, a University of Denver student who joined other students volunteering as guides for convention participants. Directing foot traffic in the huge Hynes Convention Center, Cohen, who has been active in URJ youth programs, said he appreciates the social, cultural and spiritual connection of being involved in the Reform youth movement .

“I like giving back to the movement that gave so much to me,” the St. Louis resident said.

Reflecting the politics of the largest and most left-leaning denomination, the convention took up social issues like racial justice, sexual harassment and assault, and environmental issues.

At its opening plenary session on Wednesday night, the URJ presented an award to the Rev. William Barber, founder of Repairers of the Breach and one-time leader of the North Carolina NAACP. Barber collaborates frequently on social action projects with the movement’s Religious Action Center.

In his speech, Barber said 14 million children living in poverty will suffer more under the tax overhaul bill now being reconciled on Capitol Hill.

The record number of leaders attracted to the convention is no accident, Jacobs told JTA in an interview before its start.

“It has to do with a particular moment we are in, in North America and also the wider world and in Israel,” he said. “People want to be together, they want new tools and new approaches for addressing our people and the world, and we want to address those big questions that hold us together.”