Israelis are flocking to this Silicon Valley community center 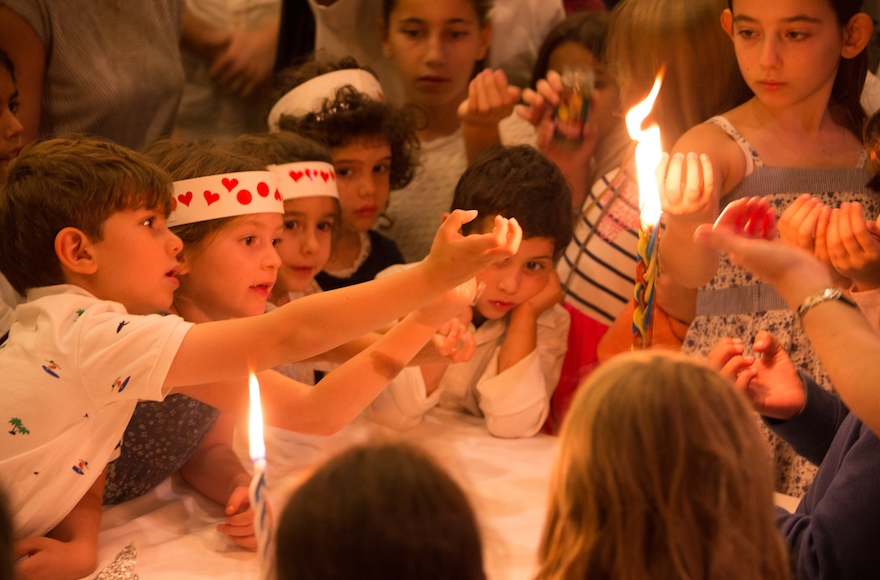 PALO ALTO, Calif. (JTA) — With a foot in the tech world and another in Jewish culture, the JCC in Palo Alto has transformed itself into a hub for local Israeli expatriates.

Located on a sprawling 8.5-acre campus, the place known formally as the Oshman Family Jewish Community Center has done what many mainstream American Jewish institutions are still attempting: attracting American Israelis, numbering in the hundreds of thousands, to programs at a legacy organization.

Called the Israeli Cultural Connection, or ICC, the suite of Israeli programs at the JCC draws more than 20,000 people annually to its classes, seminars and concerts. They and their children celebrate holidays, keep up their Hebrew and Israeli identity, and inch closer to the institutions and norms that have long organized the American Jewish community.

“We try to bring them in in Hebrew and build a community around them,” ICC director Ronit Jacobs said. “Our biggest piece is the second-generation children of Israelis living here, and Israelis that are here for over three years, that they can understand what it is to be a Jewish Israeli outside of Israel.”

Secular Israelis who grew up without synagogue are unlikely to start attending services here, according to surveys, while Israelis are also not conditioned to paying high tuition fees for Jewish day school and camp.

“Israelis have such a good and rich life, they don’t need to speak English,” said Oded Hermoni, who co-chairs an organization for Israeli entrepreneurs and has invested in drawing Israelis closer to the American Jewish community, sitting on the board of the local Jewish federation. “They can live in their ghetto all the time. They don’t need to assimilate.”

The ICC gets around the Israeli-Jewish divide by offering traditional Jewish programs with an Israeli twist. Its Hebrew school is geared to kids who speak the language at home. A leadership training program originated at the ICC, called Gvanim, Hebrew for “shades,” focuses on how to maintain an Israeli identity in the United States through studying and discussing classic Jewish texts like the Talmud. The program also offers guidance programs for Israeli immigrants, from job application workshops to a counseling center with 150 volunteers.

Crucially, said Jacobs, every program is funded by ticket sales and donations from Israelis — a strategy that teaches them that Jewish life in the U.S. costs money.

“We don’t need to get the money from Americans for Hebrew-speaking programs to make it happen,” Jacobs said. “There’s been enough successful [Israeli] people here in the valley who can support what we’d like to do for the Israeli community in Hebrew.”

Likewise, its Torah study program on the first night of the Shavuot holiday — a mainstay of traditional synagogues — featured secular Israeli lecturers like Dov Elbaum, a public intellectual who used to be observant, and Yochi Brandes, who grew up haredi Orthodox and is now an author and commentator on religious issues. 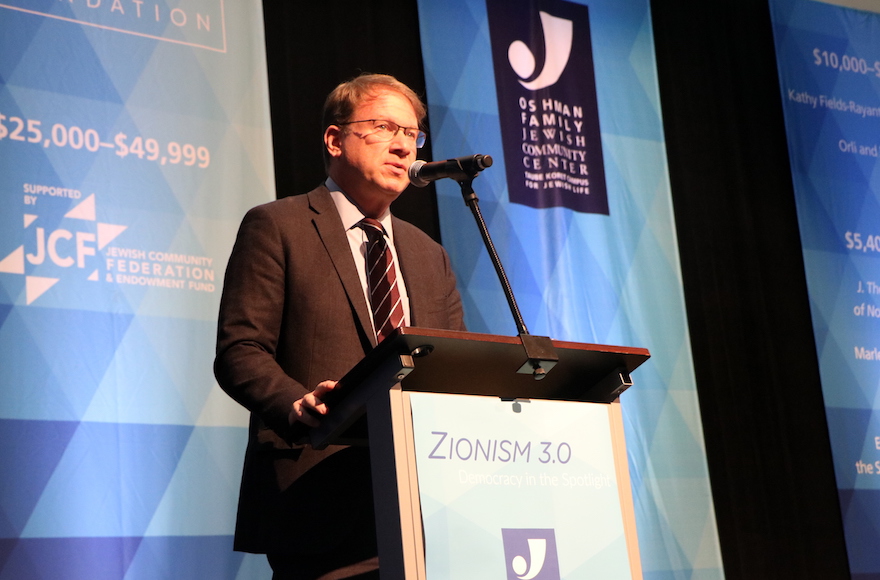 Jeffrey Goldberg, editor in chief of The Atlantic, speaking at the Palo Alto JCC in 2017. (Michelle Shabtai)

The programs have been so successful that the JCC has received requests from unaffiliated American Jews to duplicate them — except this time in English. And several ICC programs are meant not only for Israelis but also as a “bridge” to American Jews. The ICC puts on an annual book fair with works in Hebrew and English, and runs a Sukkot program where families erect mini huts on the JCC campus. Its annual conference, titled “Zionism 3.0,” attempts to examine Israeli political issues without getting bogged down in us vs. them debates.

“A lot of them are very secular, and for most of them being Jewish was not a conscious thing [in Israel],” said Tova Birnbaum, the JCC’s director of religious content, about local Israelis. “We’re introducing them to a concept of Judaism as a culture.”

Creating a subdivision specifically for Israelis fits into the larger framework of the Palo Alto JCC, which acts less as the headquarters of a single organization than as a neighborhood of several groups targeting different sets of Jews. A cafe without kosher certification sits not far from an Orthodox girls’ school. There’s an old-age home, a theater, a gym, a ga-ga (Israeli dodgeball) court, a kids’ rec room and multiple outdoor pieces of art.

The JCC also likes to think of itself as part of the tech world that draws so many Israelis to Silicon Valley. An incubator for new Jewish nonprofits and an organization advancing Israelis in tech both have offices on the campus. And JCC executives repeat the industry’s buzzwords — they “move fast and break things,” JCC CEO Zack Bodner said — though one of the main ways the center participates in tech is by encouraging entrepreneurs to “unplug” on Shabbat and spend time with family.

“The greatest tech innovation of all time was Shabbat,” Bodner said. “In this moment of time and geography, one of the most important things we can offer is a break from technology.”

Eventually, Jacobs hopes, Israelis will increase their involvement in other Jewish communal institutions. But for now, she and the JCC are happy to see them keep flowing through the door.

“It’s a gateway, definitely a gateway,” she said of the ICC. “We don’t want the Israeli community to be closed off — the opposite. We feel there’s so much in common between the Jewish community and Israelis. If we bring them together, they can actually learn so much from each other.”