Vera Katz, three-term mayor of Portland who escaped the Nazis, dies at 84 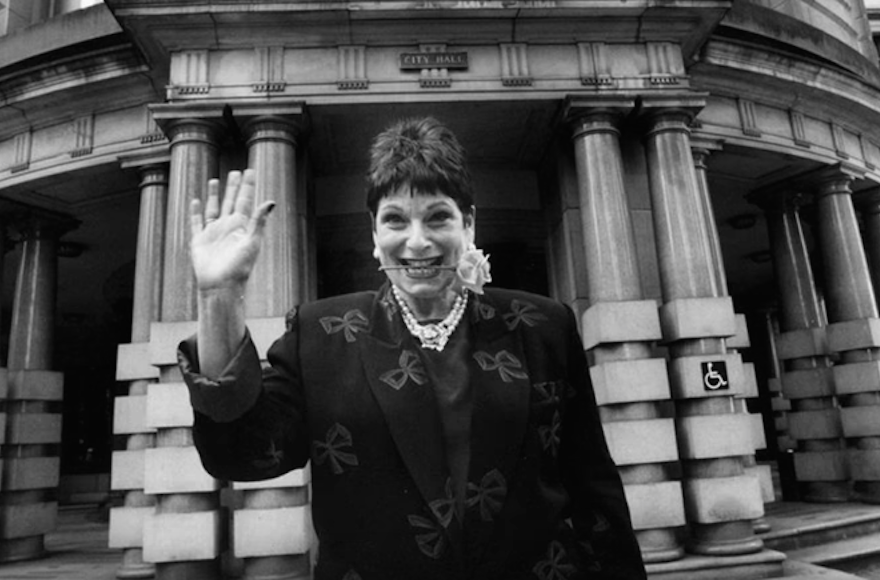 (JTA) — Vera Katz, a popular three-term mayor of Portland, Oregon who escaped from the Nazis with her family as a child, has died.

Katz died on Monday in Portland at the age of 84. She was diagnosed with acute leukemia shortly before her death, her third bout with cancer since 2000, the Oregonian reported. She had been on dialysis for the last decade.

Katz served as mayor of Portland from 1993 to 2005, during which time she helped transform a somewhat seedy city into what the Associated Press called a hipster haven and international tourist destination.

Vera Pistrak was born in Dusseldorf, Germany, to parents who had fled Russia after the 1917 revolution. Two months after she was born in 1933, Katz’s parents fled again for France, and from there escaped to Spain by hiking through the Pyrenees. They arrived in New York City when Katz was 7, according to the Oregonian.

Katz, her husband and her son, Jesse, left New York in 1964 for Portland. She never outgrew her New York roots, the New York Times reported, saying that she missed egg creams, and never learned to drive after failing her drivers’ test twice. She and her husband, Mel, divorced in 1985.

Katz fought for opportunities for women beginning in the ’60s. She and other women picketed in front of the Portland City Club to protest its men-only membership. She participated in sit-ins at a local department store counter to protest its refusal to serve food to women unaccompanied by a man, according to the Oregonian.

She became active in politics at the age of 34, when she volunteered for Robert F. Kennedy’s 1968 presidential campaign.

Five years later she was elected to the Oregon Legislature, where she served three terms. She was the first female Speaker of the House of the state legislature, after creating its first Women’s Caucus. The women’s 12 votes allowed them to bring forward bills dealing with gender discrimination and strengthen rape laws.

In 1997, she traveled to Israel, which the Oregonian reported was “one step toward coming to terms with her Jewish heritage and the Holocaust.” The newspaper quoted her as saying after she returned from the trip:  “Israel made me look at myself in the mirror and face myself and in a way, come clean and feel good about who I am. And feel proud about who I am. And feel less guilty about the fact that I survived and others didn’t.”

Vera Katz escaped the Nazis as a child, came to America on a Greek steamship speaking only French and Russian, then grew up to become Oregon’s first woman speaker of the house and Portland’s longest-serving woman mayor. She also showered me with unconditional love. She was 84. pic.twitter.com/gB16ny5Ucg