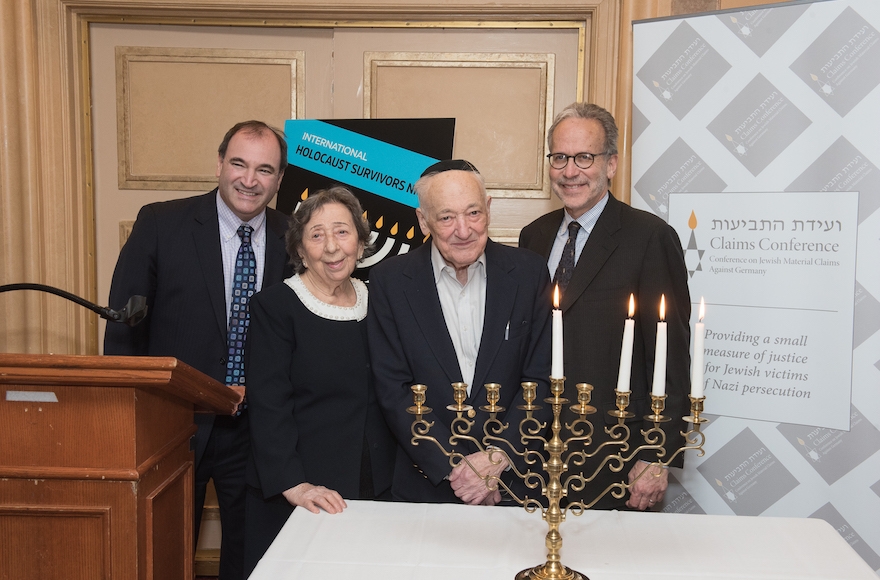 BERLIN (JTA) — Hundreds of Holocaust survivors around the world participated in an an inaugural global Hanukkah ceremony meant especially for them.

In Jerusalem, New York, Berlin and other German cities, the survivors lit candles on Thursday night, the third evening of the eight-day holiday.

International Holocaust Survivors’ Night was sponsored by the Conference on Jewish Material Claims Against Germany.

In the German capital, about 20 survivors met with Bundestag President Wolfgang Schäuble in the Reichstag and lit a menorah in the Jewish community center.

“They say every person is born with the Lebenslicht, the flame of life,” said Berliner Marlene Herzberg, born in 1934 to a Jewish father and Christian mother.

Herzberg survived because her mother had her baptized.

“The world should be filled with light,” she said. 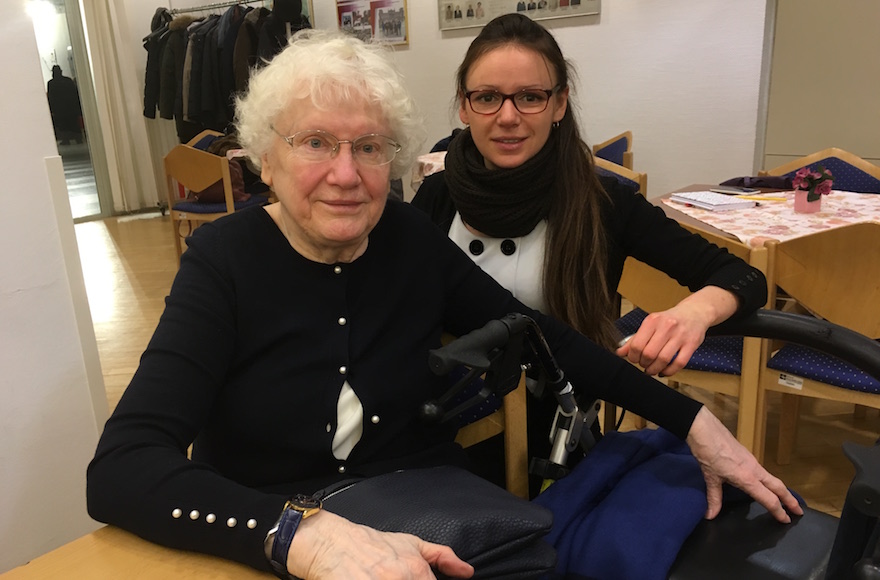 Rudolf Rosenberg, 92, whose family fled Nazi Germany in 1935, ended up in what was then Leningrad.

“When it’s dark, you have to fight to bring the light back,” he said.

Rosenberg, a retired educator who taught Russian in the former East Germany, returned to live in Berlin in 1993.

“In my opinion, everyone has experienced a miracle at some time in their life,” he said. “For me it’s that I fled Berlin at the age of 10, and that I am here again.”

According to Greg Schneider, executive vice president of the Claims Conference, there are some 450,000 survivors living around the world, most of them former Soviet citizens who like Rosenberg had fled eastward. About 90,000 who survived concentration camps, in ghettos or in hiding are still alive, said Schneider, who participated in the Jerusalem event.

“We need to dedicate at least one night of Hanukkah to reminding the world about Holocaust survivors,” Schneider told JTA, adding that he hopes to repeat this next year and beyond. The Hanukkah story “resonates with their story of resilience; of being powerless – you would not believe they could survive – and against all odds they come put triumphant and rebuild.”

In Berlin, some survivors expressed worry about rising anti-Semitism following recent street demonstrations where Israeli flags were burned. The demonstrations came in response to President Donald Trump’s pronouncement that the United States was recognizing Jerusalem as Israel’s capital.

“They said that the very aggressive atmosphere and demonstrations at the Brandenburg Gate, right in front of the chanukiyah there, reminded them of 1938,” Rüdiger Mahlo, the Claims Conference representative in Germany, told JTA.

In New York, the Holocaust Survivors Night took place at the Park Avenue Synagogue. And in Israel, some 300 survivors attended a ceremony at the Western Wall.