3 children, mother killed in Brooklyn house fire that may have been started by Hanukkah menorah 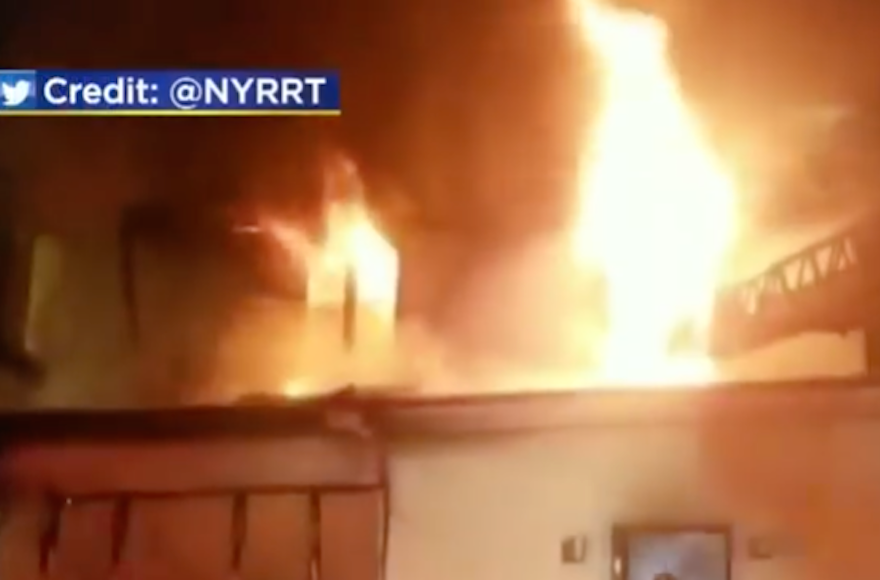 (JTA) — Three children and their mother were killed in a house fire in Brooklyn that authorities reportedly believe may have been started by a Hanukkah menorah.

Five other family members were injured in the early Monday blaze, including the father, three other children and a cousin. The father and two children are in critical condition, according to The New York Times.

Flames began blazing through the house in the Sheepshead Bay section at about 2 a.m. Monday, the New York City fire commissioner told reporters. It quickly spread to the home’s second and third floors.

Firefighters reportedly arrived at the home less than 3 minutes after the first 911 call from neighbors, but by then the home was engulfed by 10-foot flames blowing out the windows.

The family members who perished include the mother, 40; two sons, aged 11 and 7; and a daughter, 3. One teen survived after jumping out of a window, breaking his pelvis.

Five firefighters also were injured while battling the blaze.

The family name was identified by the Yeshiva World News website as Azan. The father was identified as Yossi Azan, 45, who the website said worked at the Hat Box on Coney Island Avenue for many years.

Yeshiva World News reported that some of the children who were killed and injured were classmates with the seven children from the Sassoon family who were killed in a Brooklyn house fire in the Flatbush section in March 2015.

The news website cited what it called “highly credible sources” confirming that the New York Fire Department is investigating the blaze as being started by a menorah.