Why food makers in Portugal are going kosher 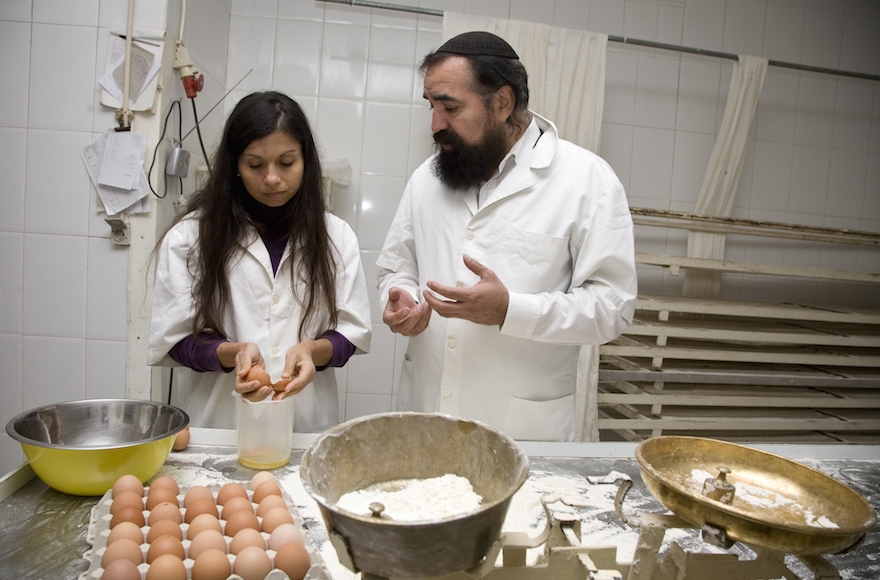 In winter especially, tourists from all over northern Europe flock to the sunny Serra, a thinly populated plateau the size of Rhode Island, for its exquisite wines, world-renowned sheep cheeses and exotic regional dishes (think breaded sweet sardines and Juniper beef stew).

In addition to these delicacies, Serra da Estrela in recent years has also emerged as Portugal’s undisputed powerhouse for kosher food – an unlikely development in a region with about 50 Jews.

Earlier this month, one of Serra da Estrela’s oldest producers of olive oil, Casa Agrícola Francisco Esteves, located in the town of Manteigas, launched a new kosher label in time for Hanukkah, the holiday when Jews celebrate a miracle connected to oil.

In the nearby town of Covilha on the range’s southern tip is the Braz Queijos cheese factory, which in 2009 obtained a kosher certificate for most of its products, becoming the first to do so in Portugal in modern times. Five years earlier, a winery in the same town produced what was said to be Portugal’s first kosher-certified wine in centuries. And in 2010, the town of Belmonte began hosting an annual kosher market ahead of Rosh Hashanah. 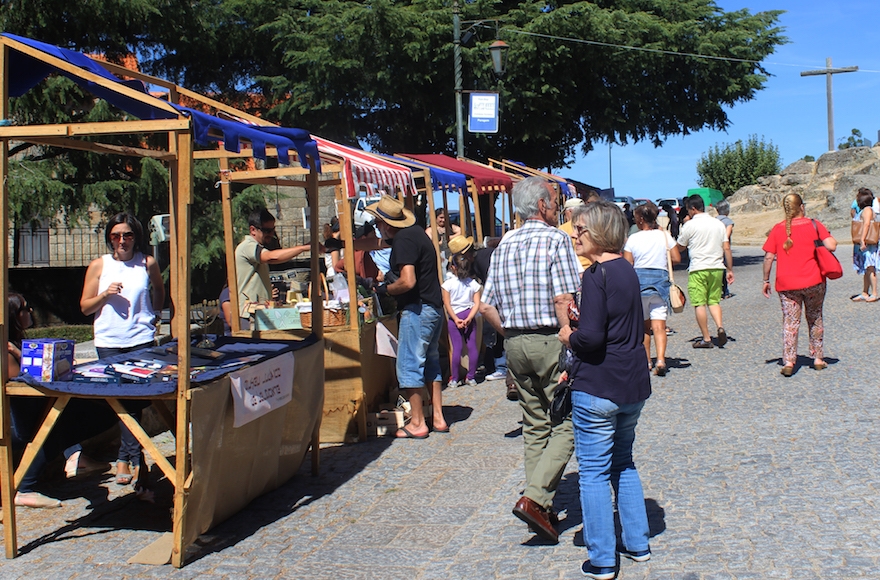 This uptick in kosher food production is occurring amid Portugal’s growing awareness of its rich Jewish history. Perhaps hundreds of thousands of Jews lived in Portugal before 1536, when Portugal’s church and royal house joined the Spanish campaign of expulsion, executions and forced conversions known as the Inquisition.

The kosher trend is a way to “reconnect with our past,” according to Jose Braz, the cheese maker, who is not Jewish.

On a national level, Portugal and Spain have both undertaken extraordinary moves to atone for the Inquisition. In 2015, for example, both countries put into practice laws adopted two years earlier that have permitted some 5,000 descendants of Sephardic Jews to obtain Spanish and Portuguese nationalities. The measures were the world’s first Jewish laws of return since Israel passed its own in 1952.

Coupled with government investments of millions of dollars in Jewish heritage sites, officials in Madrid and Lisbon describe the move as correcting historical wrongs. But some observers believe it is also motivated by a desire to revive the Portuguese and Spanish economies, where unemployment is double the U.S. rate and more than a quarter of adults under 25 are jobless.

“The Sephardic Diaspora can be viewed as a large pool with the potential to benefit Spain and Portugal’s economies, provided that pool can be drawn to visit, settle and invest,” said Michael Freund, founder and chairman of Shavei Israel, a Jerusalem-based nonprofit that runs outreach programs for the descendants of Sephardic Jews.

But in the Serra da Estrela region, where many non-Jews have Jewish roots, gestures toward Judaism are more personal than those of Lisbon, according to Rabbi Elisha Salas, Shavei Israel’s Portugal envoy, who is based in the town of Belmonte. That municipality holds an annual kosher products market under the supervision of Salas, who ensures that the products brought there for sale by local farmers — including honey, olives and bread — meet the requirements of halachah, or rabbinic law.

“I don’t go over their financial reports, but I can’t see a huge demand for kosher products in Portugal that would make a certificate profitable,” he said. “What’s at work here in Belmonte is that you have firms and factories with owners who have Jewish roots, so they seek to get closer to Judaism at least through the products they make.”

That may be true, but the operators of newly kosher ventures seem unwilling to elaborate on that connection.

Patricia Duarte Madeira, the director of the Esteves oil factory, told JTA that she sought a kosher certificate only to serve the needs of customers in Belmonte, which she defined as “one of Portugal’s largest Jewish communities.” (While it’s true the city is home to one of Portugal’s three functioning synagogues, the Jewish population is about 50, according to Salas.) Madeira twice declined to answer when asked whether her family has Jewish roots. 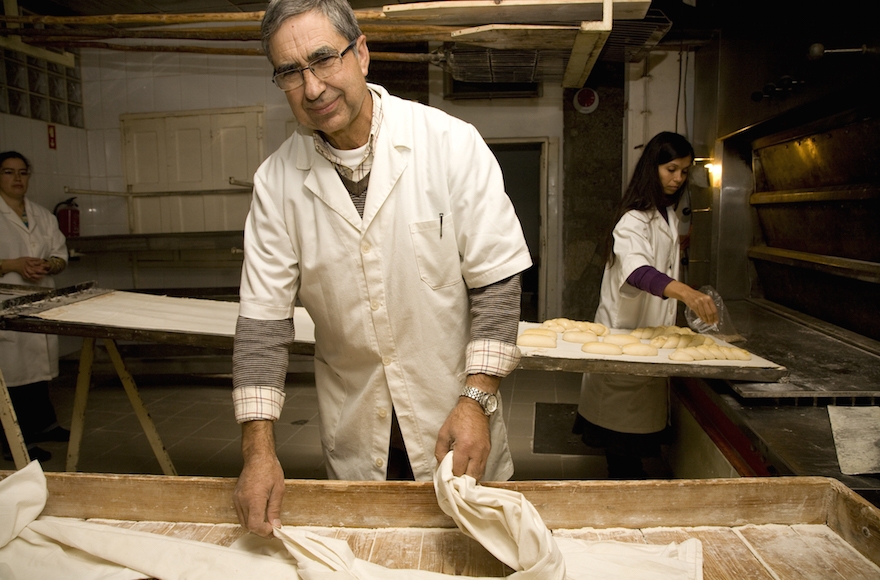 Braz, the Serra da Estrela cheese maker, also appeared skittish about his connection to Judaism. Although he had told the Israeli media that he descended from Anusim (Jews who were forced to convert to Christianity) — and he also told JTA that at least one of his grandmothers was aware of her Jewish ancestry and had retained some Jewish customs — he downplayed the matter in the Portuguese media.

“I think all of us here have Jewish DNA, but it’s speculative,” he said in 2009 during an interview with the Publico newspaper about the Israeli media’s interest in his kosher cheese.

Braz noted a 2008 study suggesting that 20 percent of Iberia’s population has Jewish genes.

“But I’m Catholic, I recently hosted the bishop of Guarda at the factory,” he said, adding that his “real interest is cheese,” not genealogy.

Yet many houses in Serra da Estrella require no research to demonstrate their Jewish provenance. In the town of Trancoso, near Covilha, for example, the stone walls of many homes feature well-preserved incisions made during and after the Portuguese Inquisition. Some marks read “horror” in Hebrew when read inversely; some ancient door frame panels include hollows that once would have held a mezuzah.

Visible only in small towns with concentrations of forcefully converted Jews large enough to give them some safety in numbers, the markings were preserved by the former owners as a “way of showing, without saying, that they remember who they really are, where they come from,” said Shavei Israel’s Freund.

The subterfuge extended to the kitchen: The country’s famed Alheira de Mirandela sausage, whose generous amount of garlic tends to overpower the taste of its other ingredients, was especially developed during the Inquisition for Jews who sought to eat kosher while appearing to be consuming pork like the general population.

Freund said such techniques are a testament to the brutality of centuries of persecution that extinguished one of the world’s most illustrious Jewish communities.

“After centuries of silence and persecution, it’s almost inevitable that people with Jewish roots should be careful about advertising it,” he said. “But for people in the food industry, obtaining a kosher certificate is a way of doing so in a tangible way that doesn’t bring up too many personal questions.”