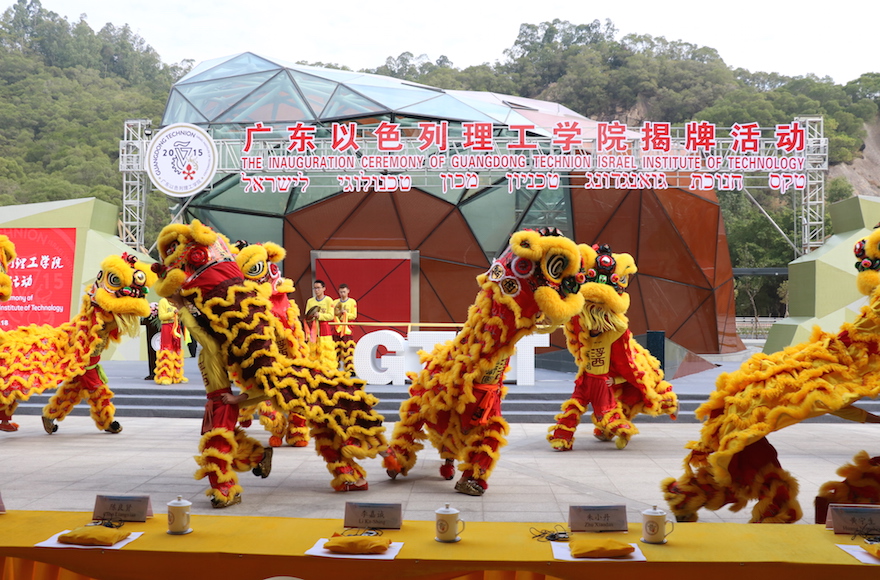 Performers did a lion dance at the inauguration of the Guangdong Technion Israel Institute of Technology campus in Shantou, China, Dec. 18, 2017. (GTIIT)
Advertisement

(JTA) — The Technion-Israel Institute of Technology became the first Israeli university to open a campus in China.

The school will offer undergraduate and graduate programs in engineering and science. Some 3,000 students are expected to attend the school in its first decade. The campus includes 13 buildings, 29 classrooms, 14 teaching laboratories and 55 research laboratories. 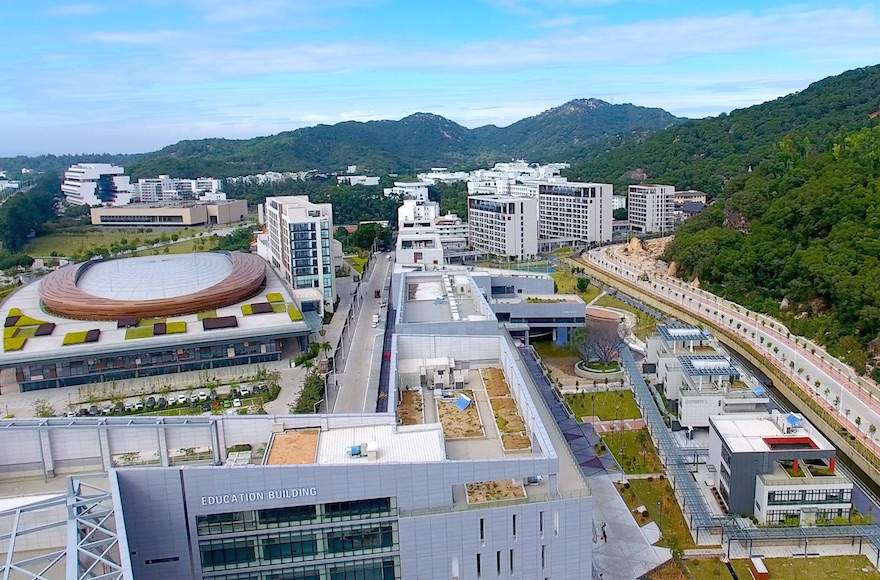 “‘[W]e welcome in a new era of cooperative research between Israel and China in science, engineering and the life sciences,” Technion President Peretz Lavie said at the Monday ceremony, according to a statement.

“China offers the Technion a broad platform to realize its academic excellence. We in turn must learn from the Technion and Israel what innovative thinking is,” Jiange said.

In 2013, the Li Ka Shing Foundation donated $130 million to the Israeli university, with some of the money to be used to fund the Guangdong campus. The Guangdong provincial and Shantou municipal governments also contributed $147 million for construction and initial operations, and provided land for the campus.

In September, the Technion, in collaboration with Cornell University, opened a high-tech teaching and research center on New York’s Roosevelt Island.