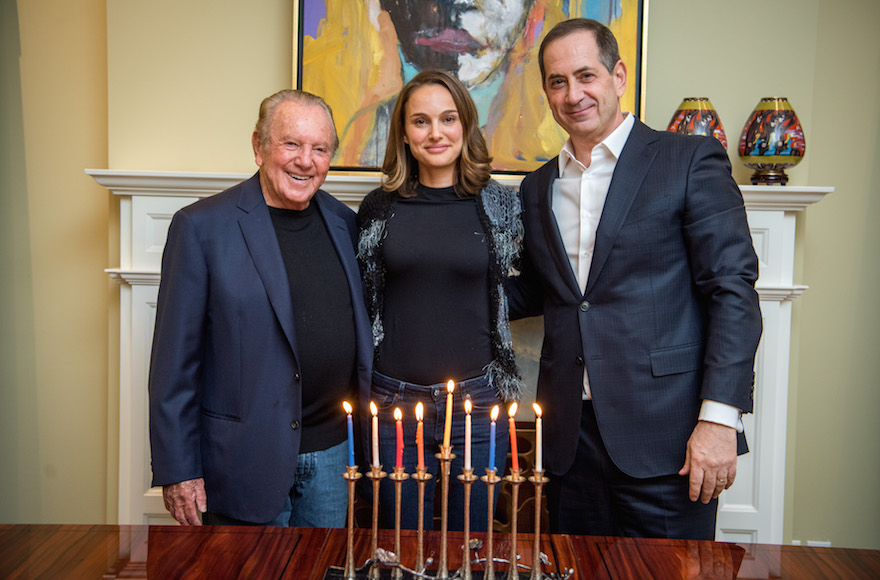 (JTA) – Israeli philanthropist Morris Kahn has made a $1 million gift to the Genesis Prize Foundation in honor of 2018 laureate Natalie Portman.

Kahn’s gift doubles the award for the so-called “Jewish Nobel” to $2 million.

Last month, Portman was named the fifth recipient of the Genesis Prize, which honors professional achievement in service of Jewish values and the Jewish people. The Israeli-born actress announced that she would grant the prize money to programs focusing on advancing women’s equality, including NGOs working in the field of women’s rights in Israel.

“Morris’ generosity once again reinforces how relevant and important the issue of women’s equality is today – in Israel, in the U.S. and beyond,” Portman said in a statement.

Kahn is a South African‐born businessman whose companies include the Amdocs telecom software firm and the Coral World Underwater Observatory in Eilat.

The Genesis Prize was established by Mikhail Fridman and other wealthy Russian-Jewish businessmen and operates in a partnership with Israel’s Prime Minister’s Office and the Jewish Agency for Israel.