Everyone on Google was searching for Gal Gadot this year 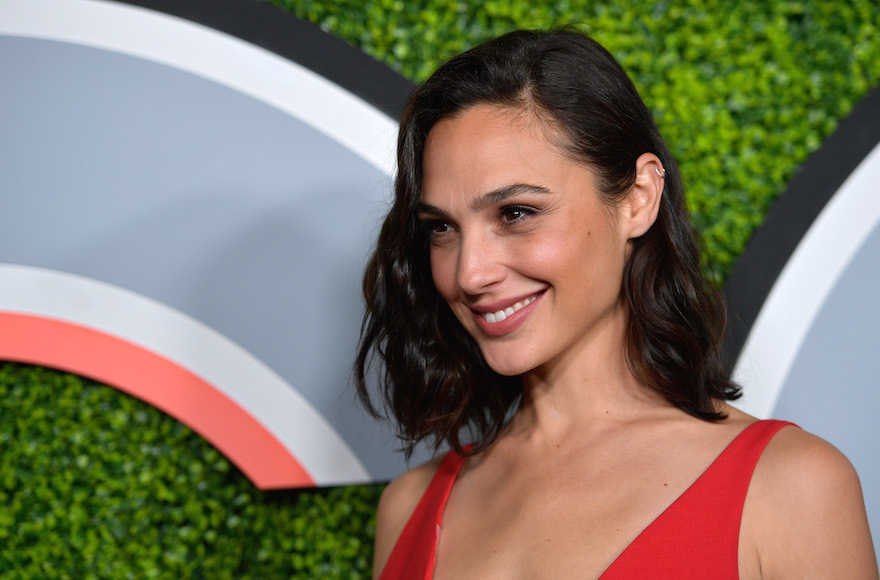 Gal Gadot at the 2017 GQ Men of the Year party at the Chateau Marmont in Los Angeles, Dec. 7, 2017. (Matt Winkelmeyer/Getty Images for GQ)
Advertisement

(JTA) — Is Gal Gadot the most famous Israeli ever?

Judging by 2017’s top Google searches, the answer might be yes. Gadot was the sixth-most searched person worldwide, and the third-most searched actor.

The 32-year-old, who was born and raised in Israel and served in the Israel Defense Forces, starred in two movies this year: her breakout film “Wonder Woman” and the ensemble superhero flick “Justice League.” The movies were the #2 and #5 most-searched films, respectively.

Google didn’t say how many searches each term got, but searches for Gadot peaked worldwide the week of June 5, when “Wonder Woman” premiered in the U.S. There were also spikes the week after she hosted Saturday Night Live in October, and the week in November when “Justice League” had its U.S. premiere.

Where is Gadot most popular? Not Israel, her home country, nor the United States, where she lives now. She was most popular in the Philippines, where she was the second-most searched person overall. Other southeast Asian countries also have Gadot-mania: Both Singapore and Malaysia searched for Gadot far more than the average country. So did Puerto Rico and Costa Rica. In the United States, she barely cracked the top 10, coming in at number 10.

Still, Gadot came in above First Lady Melania Trump (#7) as well as Michael Flynn (#9), the former national security adviser who pleaded guilty to lying to the FBI.

But the funniest data point on Gadot might be one of the top searches related to her name: “gal gadot husband shirt.” People typing in that term are probably looking for an Instagram post by Gadot’s husband, real estate developer Yaron Versano, in which he’s wearing a shirt comparing “Your wife” (a generic ladies’ room symbol) to “my wife” (a drawing of Wonder Woman). In the photo, Gadot is sitting next to him with a huge grin on her face.

Gadot isn’t the only Jew to make Google’s top 10 lists. Harvey Weinstein, the Hollywood mogul accused of sexual abuse by 90 women, was number four on the list of most-searched people.

However, despite persistent internet rumors — and despite having been photographed in 2005 wearing a “Chai Maintenance” t-shirt — it bears repeating that royal-to-be Meghan Markle is not Jewish.