How Orthodox synagogues are trying to appeal to millennials 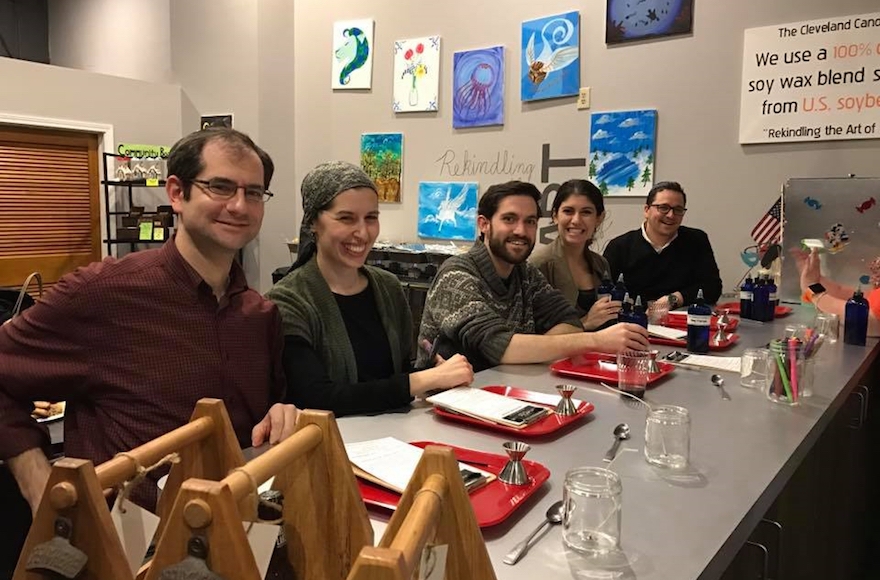 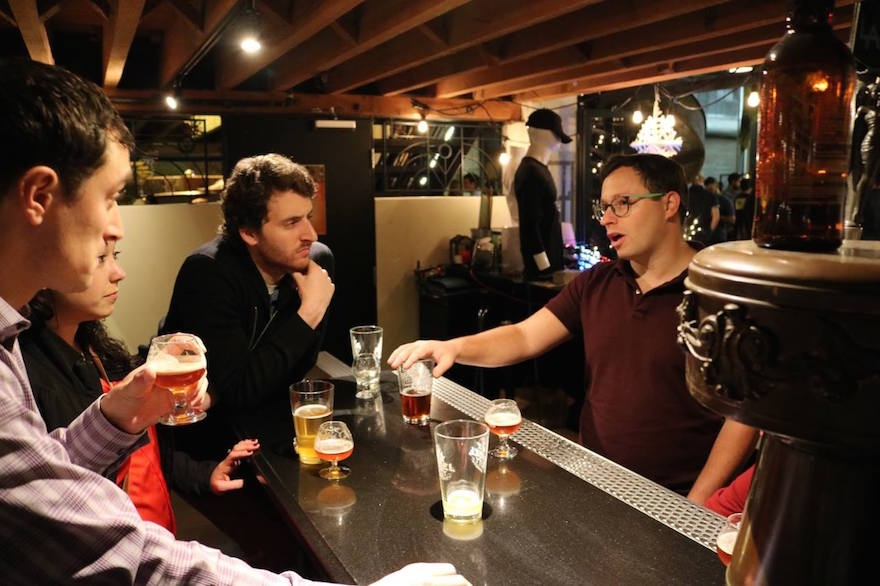 NEW YORK — Like so many happy accidents, it started with Purim.

Riva Preil, a physical therapist in her early 30s living in Manhattan, was recording a skit for her Orthodox synagogue’s Purim spiel when the head of the events committee asked if she’d like to get more involved. The question took her by surprise.

“I never thought to do it,” Preil said of taking a synagogue leadership role. But at the urging of a friend she agreed. Soon, Preil organized a singles event. “Then I became addicted,” she said.

Four years on, Priel runs the events committee at her shul, the Mount Sinai Jewish Center in Washington Heights, and sits on the synagogue board. She has been instrumental in making sure a different family from the congregation each week volunteers to host singles and those without a Shabbat meal.

“Shul shouldn’t just be about attending, praying, leaving,” Preil said. “People can do that anywhere during the week. When it comes to Shabbat and holidays, people want more.”

What it comes down to, say community leaders, is getting millennials to take leadership roles and giving them the power to help shape synagogue life.

“The future of Orthodoxy depends on how our synagogues engage millennials,” said Rabbi Yehuda Friedman, the Orthodox Union’s associate director of synagogue services. “It’s not just attending a synagogue, it’s part of a wider, more holistic identity. If young Jews are not engaged in living an Orthodox lifestyle at this time in their lives, we will lose them.”

Many synagogues have found that the best way to empower millennials is to hand them the keys. Across the country, young Orthodox Jews are organizing lay-led minyans, community Shabbat dinners, lectures, parties and an array of other things to help make their synagogues more welcoming for their generational peers.

“Just because you’re Orthodox doesn’t necessarily mean you’re going to shul on a regular basis,” said Tzvi Wolf, 24, chair of the committee for young professionals at B’nai David-Judea Congregation in Los Angeles. “For people in their 20s and 30s, if they’re building a family or working long hours or in grad school, getting up to go to shul on a Shabbat morning might not be on the top of their list of priorities.”

Without programming specifically geared toward them, millennials might view shul as a place for older people; millennial-organized programming gives them a sense of ownership, Wolf said.

“Millennials want democracy in everything,” observed Rabbi Hyim Shafner of Kesher Israel in Washington, D.C. “They grew up with the internet, they’re used to having their voices heard. You have to have to be creative, do things out of the box.”

Shafner, who has worked with young Jews for most of his career, including eight years at a Hillel in St. Louis, now leads a congregation comprised mostly of young people. Sometimes he teaches Torah in bars in his neighborhood, Georgetown.

“They want a community that’s more porous,” Shafner said of young people. “There’s what we do in shul, but there have to be things outside of shul as well.”

In New York, Caleb Koffler, 24, a member of the young leadership committee of his synagogue, Manhattan’s Jewish Center, organizes a monthly lecture series featuring expert guests on hot topics in Orthodoxy, from theology to the Jewish ethics of freezing eggs. The lectures usually take place at the synagogue, but Koffler feels it’s important to have it somewhere else every so often to attract new people, so a few months ago he planned one for his apartment, supplemented by a large order of sushi.

The Jewish Center’s Young Leadership Minyan regularly draws more than 200 young people on Saturday mornings. Though liturgically identical to the main service, the minyan’s board designed it to better match the aesthetics and values of single Jews in their 20s and 30s.

“It starts later and the room is set up like a hall, not a shul,” noted Alex Braunstein, 27, an immigration attorney and a member of the young leadership committee. “It’s a smaller space. The rabbi stands in the middle in front of everyone to speak, and the women aren’t sitting against the wall. They actually enter the space first, so the men have to go around them to get to their section.”

Braunstein is in charge of organizing communal meals on Shabbat and holidays, a crucial part of millennial outreach in the Orthodox community. Having meals with friends she doesn’t see the rest of the week is an important part of her Shabbat experience, she said.

Rosalynne Sommer, 28, who serves as co-chair of the synagogue’s young leadership group, seeks out new people moving to town by keeping her ears open and monitoring Cleveland Jewish Facebook pages. Sommer first came to Cleveland fresh out of college six years ago and intended to stay just two years while getting her master’s degree in social work, but she ended up staying.

“The community I met at Green Road Synagogue and the people there are a large reason I’m still in Cleveland,” she said.

To make every newcomer feels as welcomed as she was, Sommer tries to ensure that all newcomers – whether they intend to join a synagogue or not — get several weeks’ worth of Shabbat meal invitations and welcome gifts, plus information on synagogue events tailored to newcomers.

“Cleveland is a booming city, especially for Orthodox Jews, and we want them all to have a warm welcome to the city and community,” Sommer said.

Creating community must be the ultimate goal when engaging millennials, according to Shafner. “If you make it all about membership, that will turn them off,” Shafner said. “They want a community that’s embracing, they want a big family. They want to connect to people of all ages.”

A synagogue can go a long way toward creating that family feel simply by having the right attitude, he said.

“When young people start coming, the community shouldn’t say, ‘Oh no, this is so new, what are they doing here?’” Shafner said. “But rather, ‘All these young people could be anywhere and doing anything with their energy and they choose to be here. What a blessing!’”